The Secretary of State of the United States, Antony Blinken, explained that the US Executive has lifted this Wednesday a series of flight restrictions to Cuba imposed by former President Donald Trump. 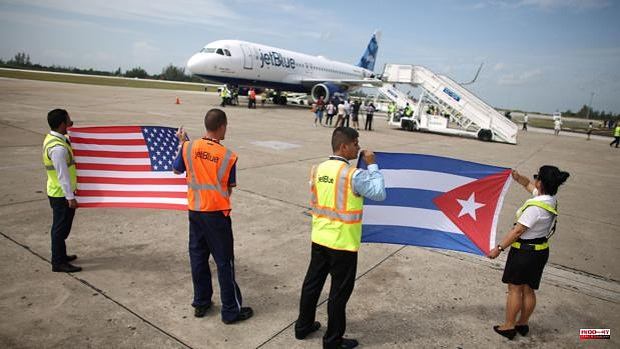 The Secretary of State of the United States, Antony Blinken, explained that the US Executive has lifted this Wednesday a series of flight restrictions to Cuba imposed by former President Donald Trump.

The US Department of Transportation has issued the order at the request of Blinken, who has explained that the action is "in support of the Cuban people, and in the interests of US foreign policy," as reported by CNN.

The flight restrictions have been lifted with "immediate effect", making it easier for Cubans residing in the North American country to visit their relatives on the island.

The White House announced last month that it would expand flights to Cuba, take steps to ease restrictions on American travelers to the island and lift restrictions on money immigrants can send to people in the Latin American country.

The Trump administration issued a series of restrictions that included a ban on US airlines flying to eight Cuban international airports outside of Havana, including Camagüey, Cayo Coco, Cayo Largo, Cienfuegos, Manzanillo, Matanzas and Santiago de Cuba. .

1 Alberto Fernández's change of course: finally,... 2 Until when can the income statement be made? 3 Díaz begins a crusade against companies for fraud... 4 Almeida: "Maestre has extorted municipal workers... 5 A year spreading the legacy of the victims from Vitoria 6 A Palma police car kills a pedestrian and injures... 7 The Generalitat confirms the first case of monkeypox... 8 Spanish green shoots in Mauritanian desert storm 9 A woman arrested for trafficking cocaine at retail... 10 Germans buy 7.7% less food to support the rise in... 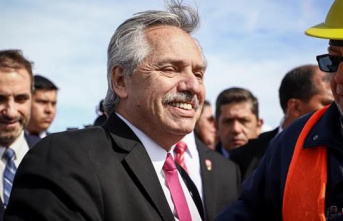