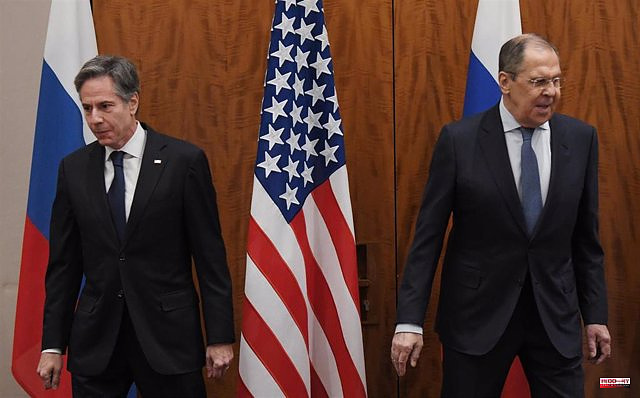 The United States has assured this Tuesday that Moscow has given "no reason" to Washington to believe that a conversation between the US Secretary of State, Antony Blinken, and the Russian Foreign Minister, Sergei Lavrov, would be "constructive" in the current environment.

"We have shown many times that we have no qualms about picking up the phone if doing so has the potential to lead to a more constructive outcome. Everything we have heard from our Ukrainian partners, everything we have heard publicly from the Russians, does not tell us that a conversation at this time would be a useful exercise," State Department spokesman Ned Price told a news conference.

Price has indicated that Blinken has not spoken to his Russian counterpart since February. "This goes back to something that I pointed out a moment ago in terms of where we are and, more precisely, where we are not with diplomacy," he explained.

Thus, the spokesman for the State Department has ruled that, if the conditions arise, this possible meeting between Blinken and Lavrov "could promote the cause of a decrease in violence or alleviate the difficult humanitarian situation of the Ukrainian people."

On the other hand, Price has announced that the United States has launched a Conflict Observatory for Ukraine, which will capture, analyze and make available to the public open source information and evidence of atrocities, human rights abuses and damage to civil infrastructure, including the cultural heritage of Ukraine.

"The information collected will be a resource for the world to see the deplorable and brutal actions of the Russian forces against the Ukrainian people. It will illuminate the atrocities and is intended to contribute to eventual prosecutions in Ukraine's domestic courts, third country courts, American and other organisms", he underlined.

1 Zelensky says that the attacks on Lviv, Sumy and Chernigov... 2 The United States considers easing sanctions against... 3 First day of terraces in France: "A year ago,... 4 Gallardo assures that the Junta de Castilla y León... 5 Canada extends its sanctions against Moscow and prohibits... 6 The United States concludes that the investigation... 7 2022 tax filing date: first deadline next week! For... 8 North Korea reports another six deaths from the first... 9 US Department of Justice requests access to transcripts... 10 The UN expresses its "serious concern" about... 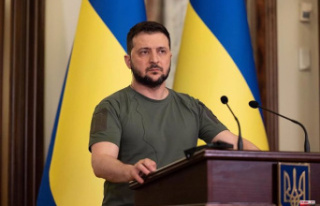 Zelensky says that the attacks on Lviv, Sumy and Chernigov...