The uncertain end of the war, according to international analysts

Who will win the Ukraine war, how and when? Is it possible to defeat Vladimir Putin without humiliating him and threatening the stability of Russia, avoiding a world war? Can the Ukrainian people restore their full freedom and national territory, putting an end to the bloody tragedy in Europe. 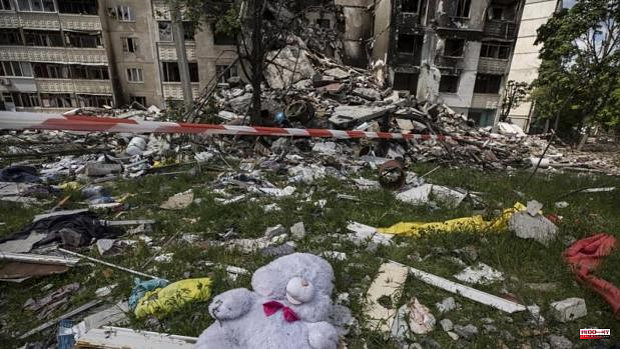 Who will win the Ukraine war, how and when? Is it possible to defeat Vladimir Putin without humiliating him and threatening the stability of Russia, avoiding a world war? Can the Ukrainian people restore their full freedom and national territory, putting an end to the bloody tragedy in Europe...?

Washington, Beijing and the great European capitals defend "asymmetric" positions, with their direct, veiled or indirect participation in the different military and diplomatic fronts of the crisis.

The world elite of strategic, military and diplomatic thought is very divided and intellectually opposed on these questions, where the very future of Europe as a civilization is mortgaged.

Henry Kissinger, world patriarch of diplomatic and military history, says that Ukraine must make territorial concessions in order not to humiliate Putin, for these reasons: “It is imperative that diplomatic negotiations begin within a maximum period of two months.

Beyond six or eight weeks, the war risks escalating, with disastrous consequences for Europe's long-term stability. In order to be able to negotiate, it is essential that the Ukrainian government makes territorial concessions.” Concessions that kyiv considers simply unthinkable.

In Kissinger's view, “there is no absolute satisfaction for all; and the negotiation must culminate in a kind of balanced dissatisfaction».

Eight years ago the former US Secretary of State warned of the risks of the outbreak of a new European war in Ukraine, advising, then, a four-point peace plan: 1. Ukraine must be able to freely choose its national future. 2. Ukraine should not join NATO. 3. Ukraine must achieve "reconciliation" of all parts of its territory. 4. Russia must accept Ukrainian sovereignty over Crimea, which must "strengthen its autonomy." In Kissinger's opinion, the ongoing war highlights the risk of aggravation of the tragedy "if Ukraine does not make territorial concessions."

Anne Applebaum, the great North American historian, an emeritus specialist in Eastern Europe, with family homes in Washington, Warsaw and London, is far removed from Kissinger on the capital issue. In her view, "the ongoing war cannot end without the defeat of Vladimir Putin."

In Applebaum's opinion, "a ceasefire would imply concessions on both sides: but the historical experience and the reality of war show the value of Putin's word: lies, crimes." Lies and crimes, which, in the historian's opinion, are a threat to Ukraine and the rest of Europe: «The behavior of the Russian troops shows the value of international agreements for Putin. The Ukrainian territory in the hands of the Russian Army would be subjected to terror and crimes, risks of bloody instability». After that perspective, the historian reaches this conclusion:

“The US Administration knows perfectly well that the only solution is the defeat or overthrow of Putin. That is the only long-term solution for Ukraine and the rest of Europe. Military defeat, economic defeat. Defeat accompanied by the creation of a new European security architecture».

Halfway between the two “extreme” positions of Henry Kissinger and Anne Applebaum, Thomas Gomart, director of the Institut français des relations internationales (IFRI), believes that Ukraine can win the war; and it should be the Ukrainian government that "defines" the possible conditions of the diplomatic negotiation with Putin, for these reasons: "The terminology of 'humiliation' perhaps prevents us from seeing clearly. Humiliation is a fundamental emotion. But, in this case, it is Putin's Russia that is humiliating itself. It is the humiliation of the rapist before the victim, after moving on to the act of violence. Perhaps it is necessary to 'inject' some interest and calculation. No moral reasoning or blame should be expected from Putin: he started the war. The essential question is whether Putin is in a position to mobilize the Russian people as Volodymyr Zelensky has been able to mobilize the Ukrainian people."

In Gomart's opinion, it could and should be the Ukrainian people who end up "defining" the possible and still distant "peace": "Ukraine today is a people in arms against an invading army. Ukrainians have responded to Putin with a general mobilization of him, recalling the Clausewitzian trinity between the people, the military authority and the government. After their heroic resistance, the Ukrainian people are convinced that they will be able to win the war. It will be the Ukrainian people, precisely, who should end up defining the conditions of the possible negotiation with Putin's Russia».

Trying to clarify and illuminate the possible evolution of the war, Nigel Gould-Davies, a renowned specialist at the International Institute for Strategic Studies (IIEE) in London, considers it essential to clearly define the final objective, from the point of view of European interests and ocean liners: "It must be clear that, at the end of the war, Russia must be in a worse position than before it began."

In Gould-Davies's opinion, the "strategic objectives" of Washington, kyiv and the most influential capitals are, for now, "quite vague". In his view, it is urgent to restore unity in the face of the final objective of the war: «The West must commit itself and the international community to support a collective agenda of support for the sovereignty and independence of States against imperialist aggression . The fear of a military escalation should not prevent the West from taking new steps. Russia has shown obvious military weakness. That weakness should not make nuclear blackmail more credible. Fear of the nuclear threat should not deter Ukrainian combat. Nor should it dissuade Westerners from their military support. The cost of indecision could be very high. During the Bosnian wars, the ambiguities and lack of objectives was tragic. In 1991, a president of the European Union declared: "The time for Europe has come." That conflict lasted three years and cost 100,000 dead. The West must not repeat that mistake.

Edward Luttwak, one of the world's great specialists in military history, author of reference books on the great empires, from Rome to the USSR, professor at the London School of Economics (LSE) and Johns Hopkins University, considers possible and desirable a sort of "armed peace" acceptable to Ukraine and Putin, for these reasons: "From the outset, both parties have accepted essential positions of principle. Zelenski has accepted that Ukraine does not enter NATO. And Putin has agreed to Ukraine joining the EU. Surely both sides can break that deal. Or confirm it. It is a base of negotiation».

How to negotiate peace based on these more or less hypothetical principles? Luttwak responds thus: "Through referendums or plebiscites: popular consultations that the public authorities submit to a direct popular vote so that a certain proposal or legal consultation is approved or rejected." In Luttwak's opinion, the plebiscites "worked", after the First World War and the Treaty of Versailles, in Belgian and Polish territories. In his opinion, the holding of referendums in the Ukrainian territories of Donetsk and Lugansk would allow the war to end: "In this way, both parties could obtain a benefit, after the end of the war."

Luttwak bases his thesis of a possible negotiated end to the war on the "rationality" of his arguments and hypotheses. Another great eminent historian of military strategy, Lawrence Freedman, Professor Emeritus in the Chair of War Studies at King's College London, fears the tragic irrationality of Vladimir Putin's behavior, basing himself on a reflection by a great Spanish philosopher , poorly known in Spain, George Santayana: «Fanaticism, according to Santayana, consists in redoubling efforts when the objectives have been forgotten. After the failure of his first war plans, Putin has insisted on cruel and devastating strategy. Behavior that makes it more difficult to achieve the first objectives, threatening the future of the Russian economy and the unpredictability of the war.

1 Trains of hope saving lives in Ukraine 2 Colombia launches to vote in presidential elections... 3 The escalation of the Euribor anticipates another... 4 Better today than tomorrow to bet on the new work? 5 The war in Ukraine puts the real estate sector on... 6 The clean solution with Spanish DNA to end space debris 7 Barcelona promotes the logistics alliance between... 8 The new battle for global hegemony is fought in the... 9 The insurance industry plunges into uncharted territory 10 «Has it been worth going back to Spain? This is the... 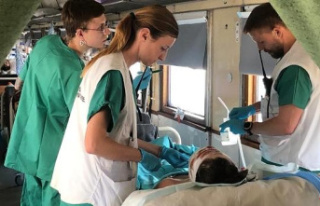