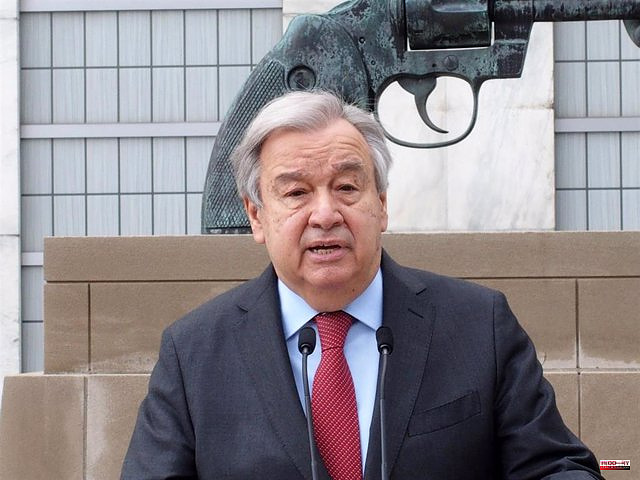 United Nations Secretary-General António Guterres has reported that the number of severely food insecure people has doubled in just two years, from 135 million before the pandemic to 276 million today.

Specifically, more than half a million people live in famine conditions, an increase of more than 500 percent since 2016. Guterres has described these figures as "terrifying" and has indicated that "if people are not fed, the world will be fed." conflict".

"The Russian invasion of Ukraine is amplifying and accelerating all these factors: climate change, COVID-19 and inequality. It threatens to push tens of millions of people to the brink of food insecurity, followed by malnutrition, mass hunger and famine, in a crisis that could last for years," he warned at a meeting of the Call to Action for World Food Security.

The secretary general explained this Thursday in New York that the two parties involved in the conflict produce "almost a third of the world's wheat and barley and half of its sunflower oil" and that both Russia and Belarus are the world's top producers. world of potash, a key ingredient in fertilizers.

"In the last year, world food prices have increased by almost a third, fertilizers by more than half and oil prices by almost two thirds," Guterres said, adding that "most developing countries They lack the fiscal space to cushion the blow of these huge increases.

"The climate emergency is another driver of global hunger. Over the last decade, 1.7 billion people have been affected by extreme climate and weather-related disasters. The economic impact caused by the COVID-19 pandemic has exacerbated insecurity food, reducing incomes and disrupting supply chains," he added.

Guterres has warned of the "devastating" impact that this has on individuals, families and societies, especially in the face of a crisis that can worsen and affect many other foods, such as rice, in countries in Asia and America.

"Children can suffer from the effects of stunting throughout their lives. Millions of women and children will be left malnourished; girls will be pulled out of school and forced to work or marry; and families will embark on perilous journeys across continents, just to survive," he said.

The priorities for Guterres are restrictions on exports, the reintegration of production that comes from the countries affected by the war in Ukraine, as well as access to liquidity and "generous" investment by international financial institutions.

"Governments must boost agricultural production and invest in resilient food systems that protect small food producers. At current prices, farmers cannot buy seeds, fuel or fertilizers. Governments must be able to support them with subsidies and connect them to markets," he said.

Finally, the UN Secretary General has stated that humanitarian operations "must be fully funded to prevent famine and reduce hunger." "These resources should be used for the greatest good, exempting humanitarian food purchases from taxes, sanctions and other restrictions," he has said.

"The complex economic, financial and security implications require good will from all parties to reach a global agreement," Guterres stressed, adding that "the food crisis respects no borders and no country can overcome it alone."

1 The United States announces more than 200 million... 2 The French face inflation: without a car, a controlled... 3 North Korea has completed preparations for a nuclear... 4 Despite the advent of teleworking, coworking in the... 5 Blandine Cain, creator of 50 Coworking: "I had... 6 Monkey pox: several cases detected in Europe and North... 7 Who is the man who will host the emeritus in Sanxenxo? 8 Purchasing power: after an offer for students, Casino... 9 First social plan for the Borne government with 320... 10 2022 tax declaration date: D-5 before the deadline!... 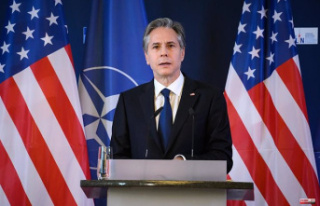