The two electrical substations of the Port of Valencia, with a power of 90 megawatts each, will allow the auxiliary motors of the ships to be connected to electricity while they are moored in the port area, which guarantees the reduction of CO2 emissions. 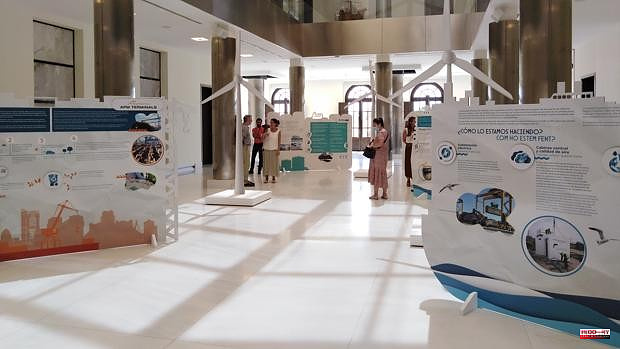 The two electrical substations of the Port of Valencia, with a power of 90 megawatts each, will allow the auxiliary motors of the ships to be connected to electricity while they are moored in the port area, which guarantees the reduction of CO2 emissions. This is one of the actions that the Port Authority of Valencia (PAV) is carrying out within the framework of its Valenciaport 2030 goal, zero emissions, a joint strategy with the port community that can be seen in the exhibition 'One Earth'.

The president of the Port Authority of Valencia, Aurelio Martínez, has inaugurated this exhibition that can be visited for free until June 12 in the Clock Building of the Port of Valencia.

Martínez has highlighted that "the substations are the indispensable piece to be able to electrify the port, an initiative that is part of our real commitment to a sustainable port in 2030". For the head of the PAV, "these two substations are necessary because we want to provide the Port with connection points so that all ships can connect to the network when they dock at the site."

“The substation in the north zone will be connected to the Aqua substation, while the one that is already underway will be linked to the ST de la Punta. The latter, the one in the southern zone, will be operational when the new passenger terminal is in operation to respond to the capacity it demands," added the president of the APV.

The person in charge of Valenciaport explained that “on the occasion of the Sustainable Development Goals of the United Nations, the port community launched an exhibition on the occasion of World Environment Day. This sample reflects the actions that the PAV and the companies that operate in the ports of Valencia, Sagunto and Gandia have implemented over the years in terms of sustainability. The exhibition explains what is being done and how all the initiatives we are carrying out are evolving».

“In the exhibition, all the companies that demonstrate awareness of the maritime sector interact and explain the programs that they are developing in the common objective of sustainability”, added Aurelio Martínez. The exhibition includes panels with the different actions that the port community is developing. Thus, the PAV explains initiatives such as the H2Ports hydrogen project, the environmental control cabins, the installation of photovoltaic plants, wind turbines or the use of alternative fuels such as Liquefied Natural Gas.

Within the framework of 'One Earth', a free creative recycling workshop is being carried out for schoolchildren based on making masks with recycled materials, aimed at students from 6 years of age in order to stimulate the imagination, raise awareness about the environment atmosphere and enjoy as a team. The workshops will be held in the Clock Building between 11:30 and 13:30.

1 The Queen highlights the "serene and bold"... 2 On the island of snakes 3 The Supreme Court will study whether the requirement... 4 El Corte Inglés adds new closures as part of its... 5 Puerto Sherry begins preparations for the Pedro Bores... 6 The Board reinforces the staff that will manage the... 7 The region registers 1,917 cases of Covid in people... 8 The story of the huge brothel that turned Valencia... 9 The ADDA presents its new season "Divine Poem"... 10 An unidentified fishing boat loaded with 560 kilos... 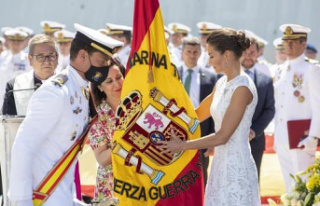 The Queen highlights the "serene and bold"...