The Supreme Court has confirmed the reviewable permanent prison sentence of a man who killed an 82-year-old woman, who lived alone in her house, and who subsequently stole her jewelry. 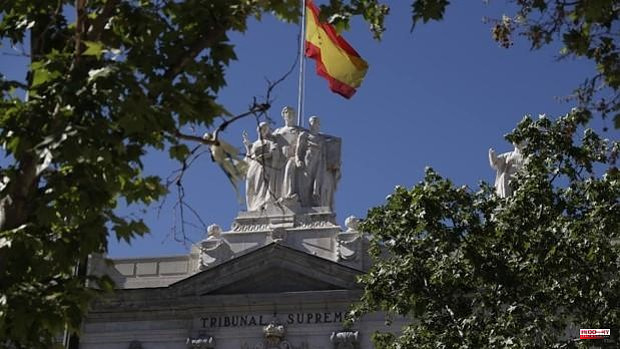 The Supreme Court has confirmed the reviewable permanent prison sentence of a man who killed an 82-year-old woman, who lived alone in her house, and who subsequently stole her jewelry. The events occurred on August 19, 2018 in Valencia, when the defendant called the victim, whom he knew because he had worked in her house on several occasions, and told her that he had to see her to talk to her about some bills.

The old woman, who lived alone, trusted the accused and agreed to let him in but, once inside the house, he took advantage of her carelessness and suddenly covered her face with a pillow, or something similar, until who suffocated to death.

According to the proven facts, the defendant took advantage of his physical superiority to easily kill the old woman, who was 82 years old, measured 1.52 meters and weighed sixty kilos, so she could not defend herself.

After committing the crime, he seized various jewels that the woman kept in a box and, after leaving everything in order and the body on the bed, as if the victim were asleep, he left the house. Three days after the events, the defendant sold the jewelry. The cause of death of the elderly woman was acute respiratory failure due to mechanical suffocation.

The Chamber dismisses the appeal filed by the defendant against the judgment of the Superior Court of Justice of the Valencian Community that confirmed the one issued by a Jury Court of the Provincial Court of Valencia. This sentence imposed a reviewable permanent prison sentence for the crimes of robbery with violence in medial competition with the crime of aggravated murder, with the mitigating factor of drug addiction, as well as the payment of compensation of 30,000 euros to each of the two daughters of the victim and 5,713 euros to the heirs.

In the appeal, he questioned the application of the reviewable permanent prison and alleged the violation of the non bis in idem principle (prohibition of condemning the same act twice), on the understanding that treachery for helplessness had been applied to classify the acts as murder and, later, to impose the reviewable permanent prison sentence of article 140 of the Penal Code.

The Chamber responds that no such violation has occurred since the treachery that qualified the murder was the so-called surprise, derived from the unpredictability of the defendant's action against the victim, whom he attacked suddenly and unexpectedly, while the treachery of The helplessness derived from the advanced age of the victim is an additional and distinct element that justifies the application of aggravated murder in article 140.1.1 of the Criminal Code, which allows the imposition of permanent prison subject to review.

It considers that when, as it happens here, the attack takes place in a treacherous modality, totally independent of the condition of the victim, his advanced age or his illness or disability can operate with a new aggravation through said article.

The Chamber indicates that the appealed judgment understood that, given the proven facts, two different aggravations converge, the one numbered as three in the object of the verdict ("once inside the house, he took advantage of an oversight by the old woman and suddenly covered her face with a pillow, or something similar, until she suffocated to death") and number five ("he took advantage of his physical superiority to kill the old woman without difficulty, so he was unable to defend himself").

Likewise, it affirms that the appealed sentence reasons that the confluence of the two different aggravations, the one corresponding to the surprising treachery that moves within the scope of article 139.1.1ª of the CP and the special vulnerability of the victim due to his age and fragility that is located in the sphere of article 140.1.1 of that same legal body is indisputable.

The sentence, presented by magistrate Juan Ramón Berdugo, explains that in the current case the first instance and appealed sentences estimated that the surprise treachery occurred - aggression from behind when the victim did not expect the attack, given that he knew the accused and trusted him. - What constitutes treacherous murder (art. 138.1 CP).

It adds that, in addition, “as an additional element: the age of the victim (82 years) and her physical circumstances (an elderly woman of 1.52 height and 60 kg weight) and that she made the strangulation possible, which justifies the application of art. 140.1.1º, as a particularly vulnerable person due to age and even treachery due to helplessness.

And he cites a judgment of this same Chamber that already recalled that "the situation of helplessness would integrate the situation of defenselessness that made it possible to estimate the circumstance of treachery, and in any case, as the judgment under appeal seems to point out, it would be possible to split the various forms of treachery to understand that, in any case, surprise could always qualify as murder».

1 More than 100 people fight against a fire in Agra,... 2 Two civil guards save the life of a three-year-old... 3 Zapatero and Moratinos meet with the Moroccan Foreign... 4 Calviño denies a gap in the Government for the Sahara... 5 AP PHOTOS - Life continues in Ukraine despite the... 6 A journalist goes to cover an accident and finds out... 7 The Ibex 35 suffers the biggest setback since the... 8 South Summit closes its tenth edition with 4,300 million... 9 Notice from the Bank of Spain: the crisis with Algeria... 10 The International Sailing Week City of Santander hoists... 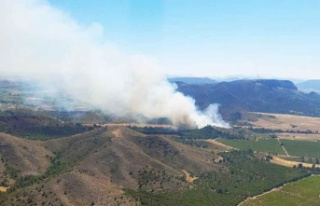