The Police used a battering ram to enter the house and reduced it with the electric shock of a Taser gun. 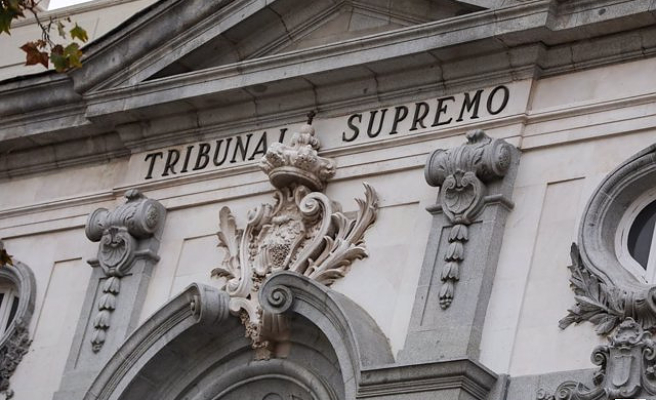 The Police used a battering ram to enter the house and reduced it with the electric shock of a Taser gun.

The Criminal Chamber of the Supreme Court has ratified the 22 years and eight months in prison of a man for the crimes of serious threats, illegal detention, minor injuries and damages, after retaining and stabbing his ex-partner with a knife in a house in Leganés (Madrid), until the GEO arrived at the house and arrested him.

The rejection of the appeal of El Mehdi H., with a presentation by magistrate Pablo Llarena, is reflected in a ruling of the high court of last April 25 and to which Europa Press has had access.

The Chamber also confirms that it must pay compensation of almost 20,000 euros to the woman, a fine of 360 euros and the prohibition to approach the victim and her children within 500 meters for longer than the set years in prison.

The events date back to October 14, 2019, although the relationship between them had begun shortly after he entered to live in the woman's house, who lived there with her children and rented a room, but the coexistence was broken for months before the event.

Around 07:10 in the morning, the condemned man went that day to the building in Leganés where the house was located. Upon verifying that she had spent the night with someone else, El Mehdi H. attacked them both, while they were waiting for the elevator, with a 16-centimeter kitchen knife and a compressed air gun, "inoperative" to shoot through the breakage one piece

He threatened them with death, while the woman's companion stood up to him and was able to dodge a stab wound to the stomach. "Later, the accused managed to get hold of the keys to the house", he entered and held the woman and her children for a few hours, blocking the door of the house with a "large size" piece of furniture.

During that time, and until the arrival of the Agents of the Special Operations Group (GEO) of the National Police, he pulled her hair, hit her and tried several stab wounds that she was able to avoid, except for one in the side, defending herself with his arms.

The GEO had to use a battering ram to enter the house, where at noon they freed the minors and reduced the man with an electric shock from a Taser gun, after minutes of tension in which the woman took advantage of an oversight to let go.

Apart from the prison sentence, the Provincial Court of Madrid, which tried him in 2021, imposed that when he had served three quarters of the sentence or obtained the third prison degree, the sentence to be served behind bars would be replaced by his expulsion of Spain and with the prohibition to return in 10 years, in a sentence that, however, acquitted him of attempted murder.

However, the Superior Court of Justice of Madrid (TSJM) partially upheld the appeal filed by El Mehdi H., by erasing from his sentence the point of expulsion from the national territory as a substitute punishment for imprisonment.

In his appeal to the high court, the convicted man argued that the injuries caused to his ex-girlfriend in the attack were minor and did not entail "vital risk". The Supreme ignored him because of the "intensity" of the attack: "he made the woman believe" "that she was going to die."

He also alleged that throughout the judicial process he had requested several times to submit to a test to prove his drug addiction, but that it was not done on time and this left him defenseless when it came to demonstrating, according to him, that on the day of the facts had nullified or limited his mental faculties as a result of having consumed alcohol, chocolate, cocaine and ecstasy.

The magistrates point out that on the day of the events the convicted person was offered to be examined by a forensic doctor, although his defense attorney took four days after the arrest to request the check-up, which consisted of making an analysis of his hair. If it was not done "immediately", they specify, "it was because he had already chosen to cut his hair in the hairdressing service" of the prison, which forced the test to be delayed until almost a year later, when the remains of a possible drug intake had disappeared.

At the same time, El Mehdi H. defended that he had only acted with violence against his ex-partner, but never against her children. On the other hand, in the opinion of the Criminal Chamber, the convicted person was aware of his conduct, that is, that the minors were in the house and that he had locked them up to prevent them from helping their mother. "The unlawful detention went on for hours and far beyond the injurious activity initially displayed," he says.

1 PSG: Messi's father hopes for his return to Barça... 2 Victims of crime: the support network wants to strengthen 3 Valneva COVID-19 vaccine: “notice of intent to terminate”... 4 Covid vaccines: the European Commission could terminate... 5 Burkini in swimming pools in Grenoble: Piolle "hurts"... 6 What to do if the children still do not want to remove... 7 A spectacular fire at the Roldán steel mill keeps... 8 A man affected by smoke inhalation is transferred... 9 New sandstorm in Iraq: airports, schools and administrations... 10 The Ibex falls and stays at the gates of 8,300 points 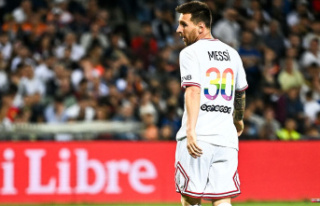 PSG: Messi's father hopes for his return to Barça...