The Xunta has already confirmed "formally" to the Criminal Court number 2 of Santiago that the trial for the Angrois railway accident will be held in the Cidade da Cultura of the Galician capital, as explained this Wednesday by the second vice president and Minister of the Presidency , Justice and Sports, Diego Calvo. 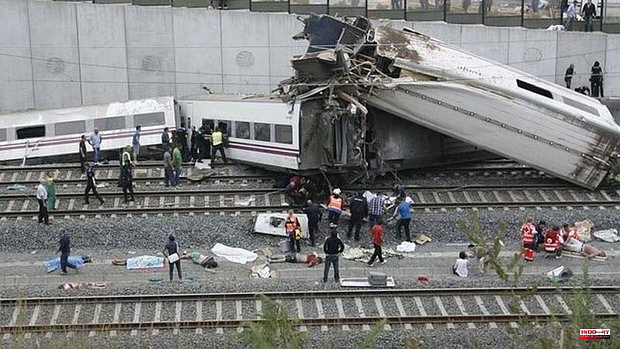 The Xunta has already confirmed "formally" to the Criminal Court number 2 of Santiago that the trial for the Angrois railway accident will be held in the Cidade da Cultura of the Galician capital, as explained this Wednesday by the second vice president and Minister of the Presidency , Justice and Sports, Diego Calvo. The trial for the tragedy that occurred on July 24, 2013, in which 80 people died and 144 were injured, will start on October 5.

Calvo, in statements collected by Ep, after being asked about the request sent by the court, at the end of May, for the General Directorate of Xustiza to communicate the place where the hearing was scheduled to be held, has ratified that there had already been formal response by the Xunta. "I guess it will be the communication procedures," he commented about the court's request for the location to be officially confirmed.

Calvo has pointed out that the Xunta has been working "for a long time" on the organization of this hearing. "Everything is already underway," the second vice president has abounded, who has influenced the "important endowment" that will be allocated to hold the trial "with all the guarantees."

Last Monday, the criminal court number 2 of Santiago decided to paralyze the procedure while waiting for the Xunta to communicate the place where the process will be held. This was communicated to the parties by the lawyer of the Administration of Justice in a diligence issued on May 25 in which he communicated the suspension of the procedure until the General Directorate of Xustiza set the location.

From the Second Vice Presidency, it was already remarked that the intention of the Autonomous Administration was still that the process be held in the Cidade da Cultura de Santiago and that "this will be communicated shortly to the court, as soon as logistical issues are decided."

These sources emphasized the characteristics of a "very complex" trial, in which 700 people are called to testify and which could last for a period of nine months. The location of the Gaiás complex has been pointed out on several occasions, both by the Xunta and by the Superior Court of Justice of Galicia itself, as the ideal place to hold the trial.

Specifically, the lawyer of one of the defendants, the director of Traffic Safety at Adif at the time the line was put into operation, Andrés Cortabitarte, the director of the Victims Platform Alvia 04155 and the lawyer of one of the insurers alleged that they already had other trials previously indicated on the same dates, for which they demanded the suspension or change of appointment of some of the sessions.

In this way, the oral hearing, in which the participation of more than 700 witnesses and experts is planned, will begin on October 5. For its part, the criminal part will take place until February 3 and the civil action will begin on February 14 and will last until mid-June.

From June 20 and until its completion, the court has reserved Tuesdays, Wednesdays and Thursdays for documentary practice, conclusions and reports.

1 Mazón asks the European Commissioner for Food Safety... 2 This is how the Rolling Stones party was in Madrid:... 3 Alonso de Santos: «I have always looked for a joy... 4 2022 work calendar: why June 24 is a holiday for Saint... 5 Corpus Christi in Lagartera: procession full of devotion... 6 Live: Alberto Núñez Feijóo speaks at the Congress... 7 A sex scandal breaks into Macron's campaign for... 8 Josep Piqué and José Juan Ruiz, protagonists of... 9 From Morante to Roca Rey passing through El Juli,... 10 From John Miles to Los Suaves: the opening act for... 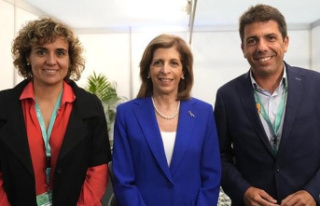