"The Translators describes the profession well" Interview with Nicolas Richard, translator and author

Translator and author, Nicolas Richard had the opportunity to answer Régis Roinsard's questions when he was preparing his new film The Translators. 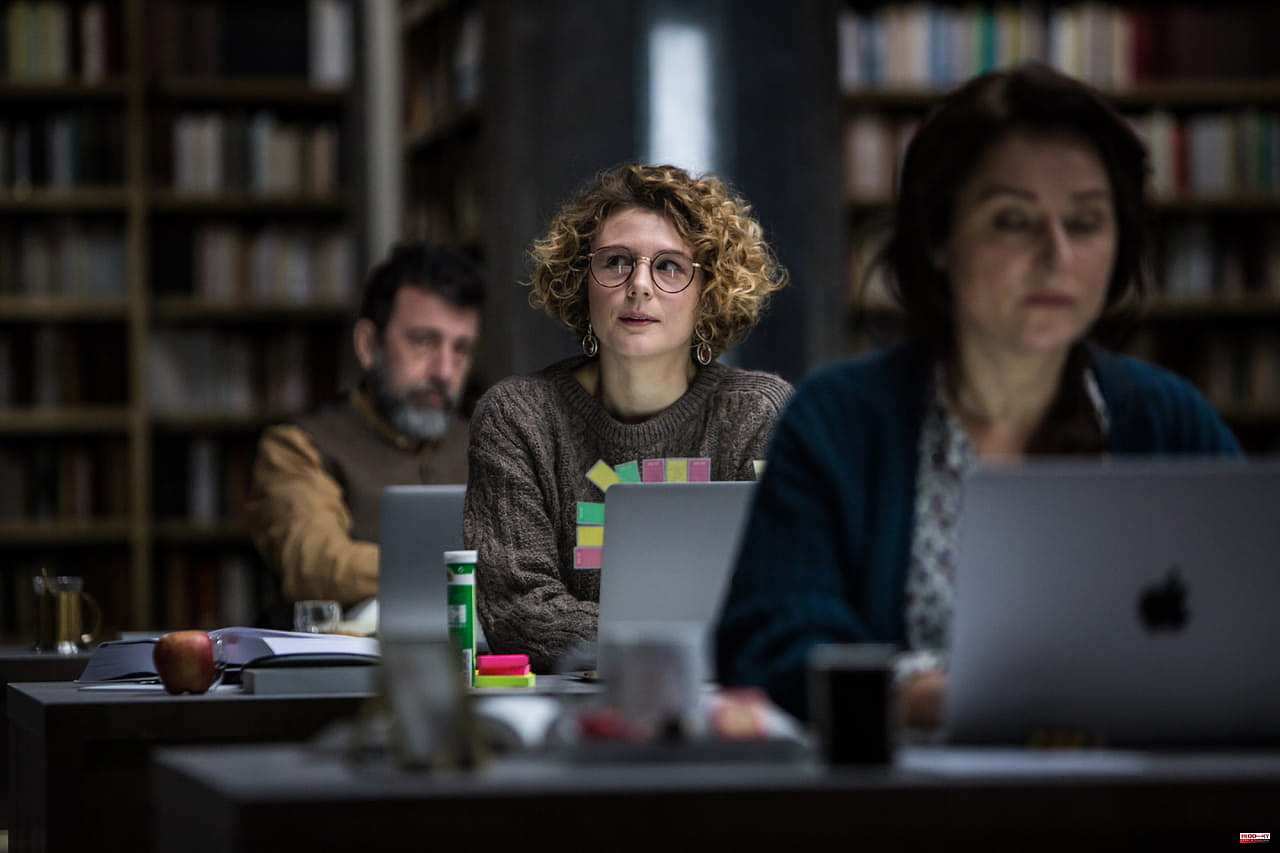 Translator and author, Nicolas Richard had the opportunity to answer Régis Roinsard's questions when he was preparing his new film The Translators. He agreed to answer our questions about what he thought of the film and its description of the profession.

When preparing to write his new film, The Translators, Régis Roinsard wanted to get as close as possible to the profession he was going to describe. He therefore met many translation professionals. Among them, Nicolas Richard answered his questions. A French translator and writer, he has translated a hundred books from Anglo-Saxon literature, including the novels of Thomas Pynchon, a mysterious author who keeps a veil of secrecy about his identity. From his discussions with Nicolas Richard, Régis Roinsard most certainly drew part of the personality of Oscar Brach, a successful author who wishes at all costs to remain hidden in his film The Translators. During a telephone interview, Nicolas Richard sheds light on the profession of translator and the way it is portrayed in Régis Roinsard's film.

He was interested in the fact that I had translated Thomas Pynchon, a rather mysterious, still living American author of whom almost nothing is known; Pynchon never gave a single interview in his life, never appeared in public, only one photo of him circulating, very old; some even doubted its existence! So inevitably, such a figure makes fantasize. Régis Roinsard was perhaps more or less inspired by the myth of this invisible author.

I don't know exactly what I said to him - or didn't say! - of my profession. But no, I didn't give any advice! In any case, seeing the film, I said to myself that the director was awfully well informed because he managed to present a gallery of characters of fairly convincing translators.

All are fair enough. None are off the mark! Everyone has their own method, their own story, their way of standing and speaking, their personal approach to the mission to be accomplished. The character who translates from French into Greek is endearing: he is an academic, an intellectual, who takes the project high and affirms to the crowd that he accepted the mission only for the money. He's the only one who dares to say loud and clear: "I'm translating a bad text but it will sell a lot of copies so I'm doing it for the money". Well, to a young person looking for a job to make a fortune for sure, I wouldn't necessarily recommend translation! There is also the translator who identifies with a character from the book. This is one of the phenomena that can be found when translating; such and such a character from a novel that we translate resonates with our personal concerns, but I have the impression that it is more up to the author or the author than the one who translates tries to identify himself, in order to achieve to an original voice which will be that of the author in another language.

There is historically a real porosity between the activity of author and that of translator. Baudelaire translated Allan Poe; Proust began by translating Ruskin. Paul Auster translated René Char, Mallarmé, Blanchot. There are many authors who are both translators, or translators who are also authors, without there necessarily being any frustration. Anyway, to translate is to write. André Markowicz, who retranslated all of Dostoyesvki, is also an author; the great translator Claro is the author of more than twenty novels. So, of course, one can imagine a frustrated writer-translator, why not? But if a movie shows a baker committing murder, that doesn't mean all bakers are murderers, does it?!

It is a discreet population, barely visible, who do the best job in the world, and who allow unreachable books (because they are written in a foreign language) to become readable! The translator is a transformer, a kind of "transformer" as we say in electricity. Thanks to him, a voice initially inaudible is heard, or read. He must be attentive to the intensity of the current. This profession consists in investing body and soul in order to succeed in giving a voice to an author. You have to think, call on your readings, draw on your culture, write, cross out, investigate, inquire, take up a text, reread it until you arrive at shaping an acceptable text. It's not just a dish that is passed on identically in another language. There is a whole work of mutation, of transmutation. The submission of a translation to the publisher is often the occasion for fascinating discussions between translators, proofreaders and publishers.

The first quality of the film, I would say, is that the profession of translators and translators is fairly well sketched. I think the movie is pretty fair. It's fun to see how different translators react to the same conditions of stress and pressure. The second quality is the plot with the double twist at the end. What a great idea to design a Cluedo-style scenario (who's the culprit? Where? How?) by transposing it into the world of translation and publishing. With The Translators, we are in the middle of a mystery scenario, the spectator receives clues and is invited to discover the culprit! And, of course, it's quite enjoyable to see the cork pushed a notch too far! But stories worth telling often take it a step too far, right? Especially since it is not unheard of for a relatively small-scale publisher to come across a phenomenally successful book. "Waiting for Bojangles", published by Finitude, for example, was a hit around the world, translated into I don't know how many languages.

Personally, that has never happened to me. I work quietly in the café, at the library or at home. But I know that this type of constraint exists in practice. For J.K. Rowling (at least some of his pseudo-post Harry Potter novels), a fellow translator was locked up in London for part of the summer with drastic specifications: no communication possible with the outside world and a large number of pages to be translated every day. It happens that, for reasons of burning topicality or international release of a book (when the book must be released in all languages ​​at the same time as the original version), the publisher wants the translation to be carried out at race. The translator can then completely refuse these working conditions. You have to be able to manage to operate under these high pressure conditions! Me, I like to take my time, I don't know if I could do it.

I must have translated a hundred books so far, and that has never happened to me! But after all, why not ? In the film, the publisher announces that the translators will have half the time allotted to lay a first draft and the other half to resume their translation, proofread it, refine it. It proves that the director took a close interest in the way we proceed. I think it would be frustrating, but not unthinkable, for a translator to work like that, somewhat blind, for a month and a half, on condition that you then have a month and a half of proofreading.

Yes, almost. Finally, of course, everything depends on the length of the book and its difficulty. In general, when a publisher offers us a text, first of all, we read it, and then we accept it or not. And it is after that we discuss the conditions, the price per page, the date of delivery of the translation, etc. Often the publisher knows when he wants to release the French version, so he establishes a retro-planning. If there are big time constraints, the translator is free to accept or refuse them.

A number of translators have another profession: teacher, screenwriter, journalist. Not that many of us are full-time translators. In fact, I wonder if there really was a golden age for translators. I'm not sure... It's a paradoxical profession because on the one hand we are relatively protected, in France, compared to other translators in the world, insofar as the rate per sheet is more or less standard (around 20 Euros per sheet). Whether you work for a publisher of modest size like Cambourakis, Le Castor Astral, Finitude or for a large publisher like Gallimard, Le Seuil or Flammarion, you are paid about the same. On the other hand, for many, it is not easy to chain translations without having periods of forced unemployment. It is ultimately a fairly random activity. So yes, you can make a living by translating... provided you work hard! You should also know that in France the translator receives 1 or 2% of the sale price. So, once the advance has been recouped, if the book sells well (which rarely happens, it must be said) then the translator retouches the copyright. I remember having multiplied the bet by four or five with "The error is human" by Woody Allen. But did translators live better in earlier decades? I don't know… I don't have an overall view of the situation. Many colleagues would like to be able to translate more but do not always find a contract. I am aware of being one of the lucky ones who work non-stop.

1 "Translators are underpaid!" Interview with... 2 Eurovision 2022: victory for Ukraine, France far behind... 3 Nikos Aliagas: sick, the presenter dries The Voice 4 Favorites, candidate from France, Ukraine ... What... 5 Election in NRW: The moment of truth is approaching 6 Summary of More beautiful life episode 4540 of May... 7 Summary of Tomorrow belongs to us episode 1185 of... 8 Summary of episodes of Here it all starts from May... 9 Some places completely cordoned off: North Korea reports... 10 Air alert only after the victory: what it was like... 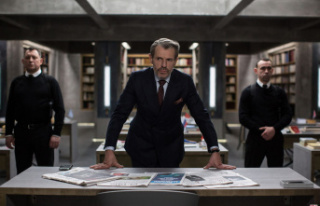 "Translators are underpaid!" Interview with...