New details are coming to light about Tuesday's tragic killing of 19 children and two teachers at Robb Elementary School in Uvalde, Texas. 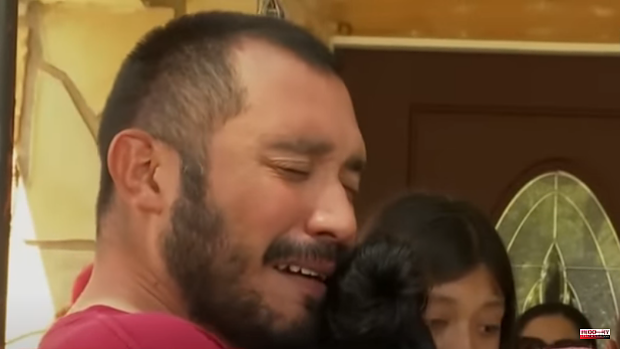 New details are coming to light about Tuesday's tragic killing of 19 children and two teachers at Robb Elementary School in Uvalde, Texas. Among them, during a press conference on Wednesday, Texas Governor Greg Abbott confirmed that one of the girls who died in the massacre was the daughter of a sheriff's deputy. She was Alexandria 'Lexi' Rubio, the 10-year-old daughter of Felix Rubio, an officer from the Uvalde County Sheriff's Office who responded to the distress call that was made from school.

Felix and his wife, Kimberly, told CNN Wednesday that they were proud of their daughter, who loved playing basketball and dreamed of becoming a lawyer when she grew up, like her mother.

On Tuesday, Lexi's parents attended a school honor roll ceremony with her, celebrating her academic achievements. Approximately 30 minutes after they left the school, the gunman opened fire.

"He was kind, sweet and appreciated life," Lexie's parents told CNN. “She had a bright future, whether it was sports or academics. Please let the world know that we miss our little girl."

"My beautiful and intelligent Alexandria Aniyah Rubio was recognized today on the honor roll. She also received the good citizen award," Kimberly wrote on Facebook. “We told her that we loved her and that we would pick her up after school. We had no idea that this was goodbye."

Some witnesses told the magazine 'People' the horror scenes they experienced in front of the school. "Parents broke windows and physically removed their children from classrooms," said Ernest 'Chip' King, a Uvalde firefighter who was one of the first responders on the scene. "There was a lot of chaos." "I was stabilizing a little girl, she was so little," said an EMT who wanted to be identified only by her first name, Rey, who arrived at the scene 20 minutes after the shooting. “There was blood everywhere. He had been shot in the chest and shoulder. We were trying to stop the bleeding. I looked at her and said, "She's just a baby. Who would shoot a baby?'

Speaking to CNN, Lt. Chris Olivarez of the Texas Department of Public Safety said the shooter entered a classroom at 11:30 a.m., "locked the door and started shooting at the kids and the two teachers."

In addition to the 21 lives lost on Tuesday, another 17 people suffered injuries. The attack is the second deadliest school shooting in the United States since the Sandy Hook Elementary School massacre in 2012.

1 Llorente maintains the act in the Diputación de León... 2 The politicians of Castilla y León say goodbye to... 3 The use of Basque has been stagnant for 30 years in... 4 They transfer to the hospital a 15-year-old run over... 5 Burgos businessman José Antolín, founder and honorary... 6 The father of the only survivor of the Uvalde massacre:... 7 The Federation works with World Sailing, the CSD and... 8 Toledo and Guadalajara will open almost a hundred... 9 They hid 215 kilos of cocaine in sacks of white sugar,... 10 pride! Barcelona returns to the streets with the intention... 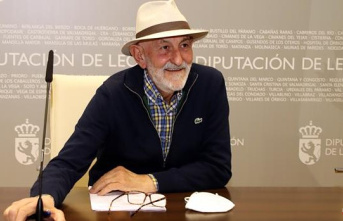 Llorente maintains the act in the Diputación de León...