The teams with the most Champions in history

Since the creation of the European Cup, the current Champions League, 22 teams from ten different countries have lifted the most prestigious continental trophy in history. 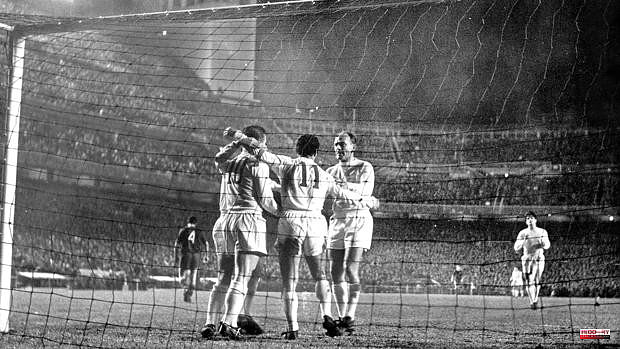 Since the creation of the European Cup, the current Champions League, 22 teams from ten different countries have lifted the most prestigious continental trophy in history.

Real Madrid, which plays its seventeenth Champions League final this Saturday (9:00 p.m., TVE), is the clear dominator of the competition with 13 trophies in its showcase. Legendary clubs like Milan, Liverpool, Bayern or Barcelona follow him from afar. Without further ado, let's take a look at the full list of champions.

The white team comfortably leads the classification of winners of the Champions League. What's more, Real Madrid has won 20% of the editions of the top continental club competition.

If he beats Liverpool this Saturday in Paris, he will lift his fourteenth orejona, double that of second-placed Milan.

The transalpine side, when they won their last Champions League in 2007, were very close to Real Madrid, which at that time was experiencing a slight drought since winning the Ninth in Glasgow. However, in the second decade of the century, the Rossoneri experienced one of its darkest periods while Real Madrid won four more European Cups. On the other hand, Milan have once again become a power in Calcio and next season, for the second consecutive year, they will play in the Champions League after having won Serie A.

Both historical clubs, winners of the trophy in the last five years, tie for six Champions League. However, Liverpool, who already lost a final against Madrid (kyiv 2018), has the opportunity this Saturday to make up for it and match Milan at seven orejonas.

The Barça club notably increased its record in the first two decades of the century, winning four of its five Champions Leagues. But, despite having Messi until last year, he has not lifted a European Cup since 2015, when he beat Juventus in Berlin. Since then, his participation in Champions and Europa League has been to forget. Likewise, its greatest historical rival, Real Madrid, is ahead of it by eight European Cup titles.

In the fifth continental step is Ajax Amsterdam with four European Cups. In addition, they have not won the trophy since 1995. The devaluation of the Eredivisie has made Ajax a team that does not usually aspire to reach the decisive rounds of the Champions League.

With three European Cups each are Inter Milan and United, two giants that have not shone in the Champions League for more than a decade. The last orejona of the neroazurri came in 2010 with Mourinho; the last of the English, with Ferguson and Cristiano in 2008.

With two Champions League trophies in their showcases are: Juventus (loser of seven finals), Porto, Benfica, Nottingham Forest and Chelsea.

1 Arrested for running over a Civil Guard agent and... 2 Ponferrada students will serve an appetizer 'Sabor... 3 The mayor of Albacete hands over the keys to new homes... 4 A man was arrested in the port of Bilbao when he tried... 5 Madrid warns of the danger of cannabis: 4,253 hospital... 6 Alberto Núñez Feijóo breaks with the "zascas"... 7 The Prosecutor's Office asks to file the complaint... 8 TSJC rejects the recourse to the sentence for the... 9 Superhero costumes to raise awareness about multiple... 10 Summit of the Americas: Argentina, Mexico and Chile... 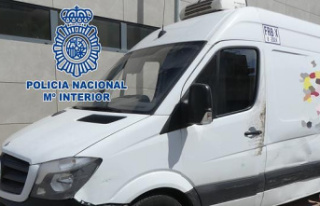 Arrested for running over a Civil Guard agent and...