The Pia company wins the Best Show Award at the 23rd edition of the Valladolid Street Theater and Arts Festival (TAC) for its show 'Passagem', when the jury assessed "its integration into public space and its universal values anchored in memory and remembrance by means of a delicate gestural work». 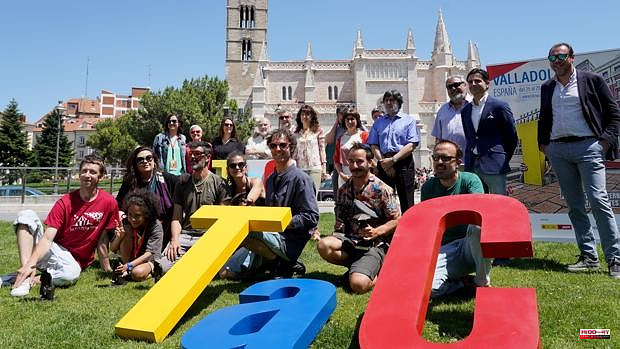 The Pia company wins the Best Show Award at the 23rd edition of the Valladolid Street Theater and Arts Festival (TAC) for its show 'Passagem', when the jury assessed "its integration into public space and its universal values anchored in memory and remembrance by means of a delicate gestural work».

The award has been collected by the directors of the company, Elena Oliveira and Pedro Leal. It was the latter who took the floor in Portuguese to acknowledge his "surprise" at the awarding of the award and to thank the "sensitivity" of the jury. Likewise, he thanked the public for their "affection", shown during the week of the TAC 2022 celebration. As for 'Passagem', Leal explained that it is a "tribute to our elderly people" with which they hope to reflect that the age «is not a limitation» and that «we are all on this path» and, therefore, we must «know how to flow».

The Audience Award of this new edition of the festival, where "it has been the protagonist by being part of it", has gone to the company Akoreacro, which has also received a special mention from the jury for its "vital and energetic show, full of surprises , which fuses the art of the circus with musicians and characters in a space as unconventional as a truck”, that of 'Arret d'urgence' ('Emergency stop').

Thus, one of the members of the company, Toño Segura, has received both awards, from the director of the ABC Culture Classroom, Carlos Aganzo, and the mayor of Valladolid, Óscar Puente. He thanked the jury for their support and considered "lucky to be able to work here and that this type of appointment exists because access to culture like this is unique". Excited by the awards, Segura has also thanked for the support to the culture of Valladolid with the celebration of the TAC and wanted to dedicate a few words to the public because "without them, we are nothing on stage".

This 23rd edition of the International Festival of Theater and Street Arts (TAC) of Valladolid has concluded this Sunday morning after bringing together the participation of between 130,000 and 150,000 attendees in the set of 196 performances of 49 scheduled shows.

And Pia or Akoreacro weren't the only ones to win awards: the jury also awarded a special mention for the Best Dance Show, which went to 'Alive' for its "expressiveness and emotion that goes beyond the precise choreographic execution in a space in which speech and art dialogue». He has collected the Charo Arconada award, from the TAC team, since the person in charge of the show was already out of Valladolid. However, Judith Argomaniz sent an audio in which, after thanking the jury for the award for "recognizing the show and giving the value to dance that it so badly needs", she has been "very happy" for the award, collects Ical.

Next, the Most Innovative Show Award was given to the company Manolo Alcántara for 'Maña'. The delegate councilor for the Environment and Sustainable Development, María Sánchez, presented the award to the director of the company, Manolo Alcántara, who recalled his time as a tightrope walker to point out that "when you are afraid, you go backwards", so he thanked the existence of people who «are not afraid, take risks and program».

Alex Alisson has collected the award for the Hippana company, awarded the Emilio Zapatero for Best Circus Show for 'Tunnel'. The artist was "surprised and grateful" for the award and acknowledged having had a "super good" time in Valladolid during these days of the TAC celebration.

Lastly, the Best Performance Award went to Guillem Vizcaíno, from the Cia D'es Tro company, for his performance in the show 'POI', where he built "from Majorcan roots, a character endowed with soul, naturalness and humour."

1 La Rochelle: Saturday night apartment fire at Les... 2 Formula 1: Sergio Perez wins Monaco GP. This is a... 3 Drome. Two motorcyclists were killed in a motorcycle... 4 Carlos Sainz brushes his first victory in the chaos... 5 The balance of the French police: 105 arrested for... 6 A great The Way of Bonnie repeats victory at the Rheffissimo... 7 Mikel Landa returns to the Giro podium seven years... 8 After the Texas massacres: US legislators say that... 9 Football / District 1. The title, the victory and... 10 Alpes de Haute Provence. Estoublon: A 50-year old... 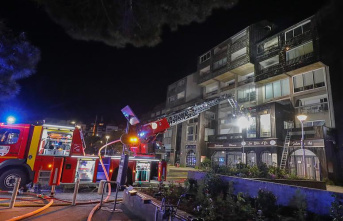