The swimming pool season starts today, without capacity but with morning and afternoon shifts

The president councilor of the district of Latina, Alberto Serrano (Ciudadanos), put on his swimsuit yesterday at the municipal sports center of Aluche and the deputy mayor of Madrid, Begoña Villacís, pushed him into the water. 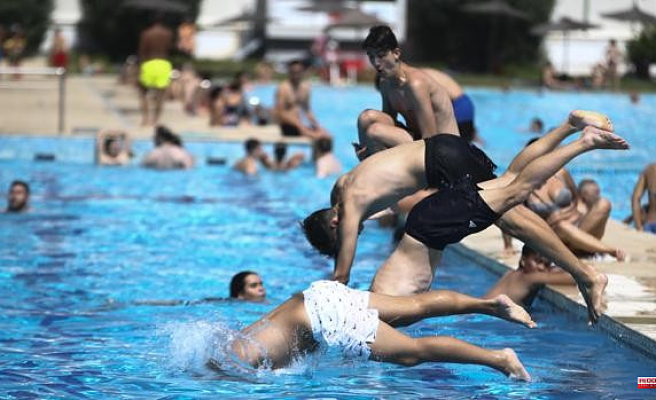 The president councilor of the district of Latina, Alberto Serrano (Ciudadanos), put on his swimsuit yesterday at the municipal sports center of Aluche and the deputy mayor of Madrid, Begoña Villacís, pushed him into the water. The mayor's dip inaugurated the 2022 swimming pool season, which will keep its doors open from today until September 11.

17 of the 22 municipal facilities in the city will be operational, to which the one in Santa Ana will be incorporated, next June 15, and the one in Vallecas, on July 1, once their remodeling works are finished. Also the winter pools of Vicente del Bosque and La Masó, which will open for recreational use during the months of July and August.

The remaining three will be lost this summer due to improvement work.

Villacís yesterday encouraged citizens to "enjoy." There is "a great desire to return to normality and open the municipal swimming pools to all Madrid residents," said the deputy mayor. After last summer season, dominated by capacity and security measures, the novelty this year is that "many of the restrictions are eliminated after the pandemic." The delegate councilor of the Sports Area, Sofía Miranda, explained that the reduced capacity disappears, which, finally, will be 100% again. However, the opening shifts designed in 2021 are maintained.

The sessions, in the morning and afternoon, are extended by half an hour. The first, between 10 a.m. and 3 p.m., and the second between 4 p.m. and 9 p.m. This measure grants the necessary time to clean and disinfect common areas. As reported by the city council, the swimming pools will have daily "an exhaustive cleaning and disinfection of all the elements, equipment and surfaces of the installation, with special attention to closed spaces (toilets, changing rooms) and to the most frequent contact surfaces such as taps, railings or doorknobs'.

Last summer it closed with nearly 1.4 million tickets sold, 154% more than the previous year. The most visited pool was the Casa de Campo pool, with 133,000 users. Yesterday, the mayor Miranda hoped to "far exceed the attendance figures of last season."

1 Outcry after Israeli police charge at funeral of Shireen... 2 «That Joaquín did television was a matter of time» 3 Alejandro Climent is the leader of the first day of... 4 The great municipal seduction of QS 5 Let's stand together with the police 6 What have we become? 7 Living the territory intelligently 8 The skid of Pierre Poilievre 9 The CH has no room for error 10 From one July 7th to another... 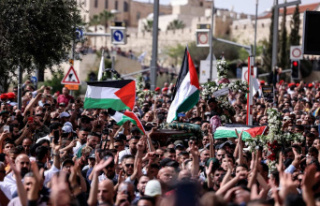 Outcry after Israeli police charge at funeral of Shireen...