Sources from the legal sector expect lawsuits to be withdrawn en masse and the meaning of pending sentences to change. 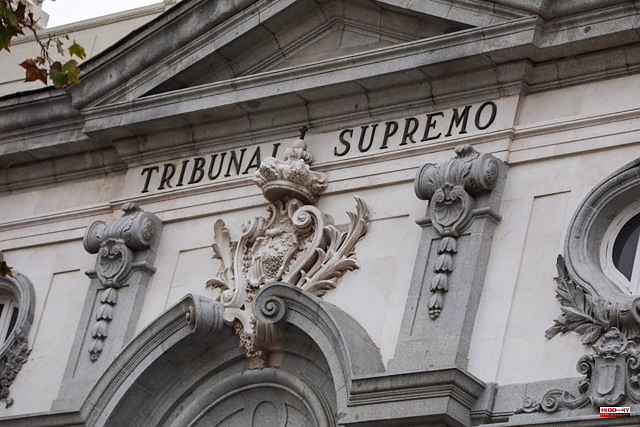 The Supreme Court has determined that a revolving card that had an APR of 24.5% was not usurious, since on the dates close to its issuance it was common for revolving cards contracted with large banking entities to exceed up to 26% per year.

In its ruling 367/2022, of May 4, the Supreme Court has clarified the criteria for determining whether the price of a revolving card is usurious or not.

As he recalls, the Civil Chamber of the Supreme Court determined on March 4, 2020 that revolving card contracts with interest rates higher than the normal interest of money should be considered usurious, for which the average interest rate of credit operations through credit cards and revolving statistics from the Bank of Spain. In said ruling, it used as a reference that the average interest on consumer loans corresponding to credit cards and revolving was somewhat higher than 20%.

In its new ruling, the Supreme Court clarifies that, to determine the reference that should be used as normal money interest, the average interest rate corresponding to the specific category to which the questioned credit operation corresponds must be used, that of cards credit and revolving, not the more generic consumer credit.

According to the Supreme Court, the data obtained from the Bank of Spain database reveal that, on the dates close to the signing of the revolving card contract that gave rise to the judicial procedure on which it has ruled, "the APR applied by banking entities to credit card operations with deferred payment was frequently higher than 20% and that it was also common for revolving cards contracted with large banking entities to exceed 23%, 24%, 25% and even 26% per year" .

Given that the APR of the revolving card contracted in 2006 by the appellant was, according to the judgment under appeal, 24.5% per year, the Provincial Court declared that the remunerative interest was not "notably higher than normal money and manifestly disproportionate to the circumstances of the case" and that, for this reason, the revolving card contract that is the subject of the dispute was not usurious.

The Supreme Court has dismissed the appeal, considering that the Provincial Court did not violate the legal precepts invoked, nor the jurisprudence of the High Court, given that the interest rate on the card "was very close to the average rate of operations with which more specifically share characteristics".

"The appellant's thesis that the reference interest that must be used to decide if the interest of the disputed contract is notably higher than normal money and manifestly disproportionate with the circumstances of the case is the general interest of consumer loans and not the most specific of credit cards and revolving that is used in the appealed sentence", explained the Supreme Court.

CHANGE IN THE COURSE OF THE LAWSUITS

As a result of the new sentence, sources from the legal sector consulted by Europa Press expect the litigation surrounding the product to end, lawsuits to be withdrawn en masse and the meaning of the pending sentences to be changed.

As they explain, in 2020 the Supreme Court did not take into account the prices of the main revolving credit providers published by the Bank of Spain, but used the TEDR (restricted definition effective rate, which is equivalent to APR without including commissions) to determine the reference of the normal price of money for that product.

Under this criterion, the prices most commonly offered by the main banks were declared usurious because they were higher than the normal market price.

However, now the High Court has clarified that the most common prices used by the large banking entities that operate in the revolving card market must be valued.

The sources consulted hope that, with this new ruling, the litigation surrounding revolving cards will end.

1 The Supreme Court annuls a CNMC resolution and agrees... 2 The Justice orders to delay until sunset the opposition... 3 Evicted a married couple from a Caritas home in Barcelona 4 5 essential criteria to consider when looking for... 5 Air conditioning, fan, air conditioners... What appliances... 6 Blue Origin's fifth manned spaceflight postponed 7 RSA: conditional on 20 hours of training, immersions...... 8 Senegal: investigation opened after a homophobic attack... 9 Barkala: «Being president of Athletic has been my... 10 Youth Olympics in Normandy: boxing events on the lands... 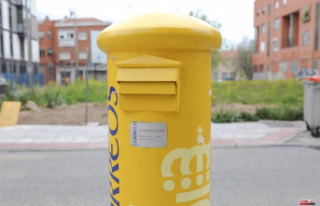 The Supreme Court annuls a CNMC resolution and agrees...