The Criminal Chamber of the Supreme Court has rejected the request of ETA member Xabier Atristain to review his 17-year prison sentence, for a crime of belonging to a terrorist organization and possession of weapons and explosives, after the sentence of the European Court of Human Rights (ECHR) . 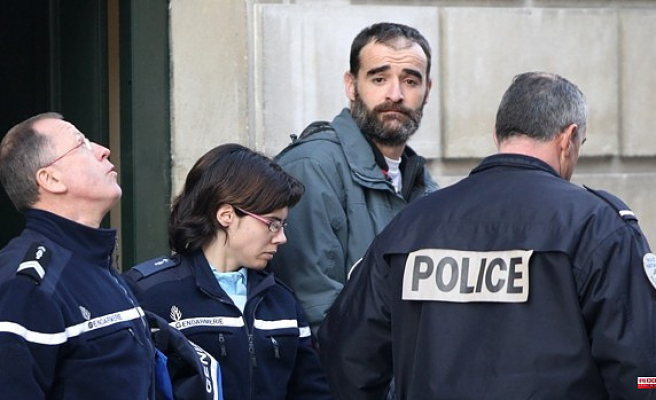 The Criminal Chamber of the Supreme Court has rejected the request of ETA member Xabier Atristain to review his 17-year prison sentence, for a crime of belonging to a terrorist organization and possession of weapons and explosives, after the sentence of the European Court of Human Rights (ECHR) . Strasbourg considered that his right to a trial with all the guarantees had been violated since the judicial decision that prevented him from appointing a lawyer of his choice during a police interrogation had not been motivated.

Along the same lines as the report of the Supreme Court Prosecutor's Office, which last week opposed the review of the case, the Chamber considers that, even disregarding the statements affected by the violation assessed by the ECHR, there is other evidence beyond the The same ones that support his conviction, for which reason the review of the final judgment in this case is not appropriate.

The decision of the Supreme Court closes the door to a domino effect in prisoners who want to join the Arristain doctrine and annul their cases for having given a statement without having a lawyer they trust in solitary confinement.

The court explains that an appeal for review is extraordinary and that it is necessary to verify in each case whether the violation of the European Convention on Human Rights declared in the judgment affects, and to what extent, the essential content of the violated right, as well as whether the effects of the violation persist and cannot be remedied other than by review.

For this reason, the Chamber analyzes the judgment of the ECHR and points out that the allusion to which the conviction "was partially based on the evidence obtained as a result of the statements he gave at the police station while he was incommunicado. In particular, those statements were essential to the discovery of the explosive material. As a result of his statements, the police found solid data and evidence that the applicant had committed the crimes in question. The conviction was based mainly on the explosives and computer equipment found in the applicant's possession, but also other evidence such as the incriminating statements of the co-defendants, the statements of the witnesses or the silence of the applicant to the questions of the prosecution.

Thus, the Chamber concludes that, even disregarding his statement given the violation found, the conviction about the existence of the explosives and weapons is based on other sources of evidence other than the confession, so that the location of the weapons is not based, only, on the confession but the ECHR highlights in other paragraphs of the judgment (16, 12, 13 and 66) that the evidentiary basis on which the proven fact is declared, the intervention of weapons, is supported by evidence different from the statement of the sentenced person who now requests the authorization of the review.

The Chamber has reached this same conclusion after reading the sentences handed down in this case, as well as verifying the summary proceedings and the minutes of the oral trial.

The Chamber collects in its order that the ECHR denied in this case the existence of ill-treatment and that "the plaintiff's declaration of the review was free and voluntary without coercion or pressure of any kind." Finally, it points out that the ECHR refers that regarding the reason why "the court-appointed attorney was not allowed to communicate with his client, the Court heard the court-appointed attorney as a witness in the trial" and that it has not stated "any reason to his opposition."

In its order, the court recalls that it has been decidedly prone to the execution, via review of the sentence, of the judgments of the ECHR, whose jurisprudence it has observed and followed. And it affirms that the judgment of the ECHR in the Atristain case «does not question the legislation in force in Spain, nor the incommunicado regime of a person detained in cases of terrorist crime, as long as it is done under the supervision of a judge, being doctrine established by the Court that it may be justified, in this context, for a court-appointed lawyer to assist the detainee, and for some of the rights of the incommunicado detainee to be restricted, if the reasons are justified in the specific case.

The violation appreciated by the ECHR, -specifies the Chamber- is that «there was no individualized resolution by the investigating judge justifying why the detainee was not allowed access to a lawyer of his choice, although the concurrence had been declared in the detainee with signs of belonging to a terrorist group and the possession of explosives that led to his being held incommunicado by the Central Investigating Judge (...)».

1 DCODE finally celebrates its tenth anniversary 2 How to prepare for a "blackout" in seven... 3 Sánchez will extend "beyond June 30" the... 4 The Bank of Spain confirms that the Euribor rose to... 5 The Government is still stuck with European funds... 6 Traffic closures in Valencia from Thursday 2 to Saturday... 7 The Diputación injects 700,000 euros to the Bono... 8 Queen Letizia visits the Spanish 'miracle'... 9 Seen for sentencing the trial against Cuban artists... 10 The Russian Army suffers multiple mutinies by rebel... 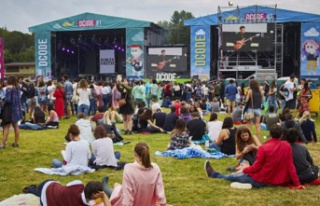