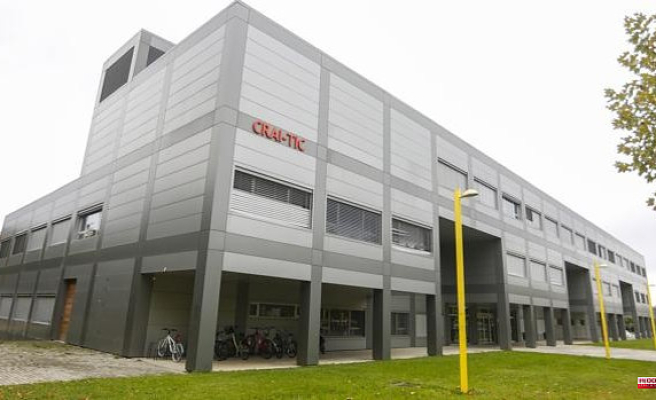 The Castilla y León Supercomputing Center, Scayle, will be powered by photovoltaic energy to reduce electricity bills, increase energy efficiency and reduce its carbon footprint. For this, it will have, foreseeably this year, a solar plant on the roof of its headquarters on the University of León campus, which will have a minimum installed power of ten kilowatts (KW) and will occupy an area of ​​58 square meters.

This action, according to the official information consulted by Ical, is part of a broader project that seeks to reinforce and improve the electricity supply infrastructure of the 'supercomputer' of Castilla y León, located in the CRA-ITIC building, owned by the ULE. With this, the foundation that manages this technology center seeks to increase the security of energy supply and the sustainability of its consumption, in a scenario of rising electricity prices.

Thus, it has just tendered for 237,700.13 euros (VAT included) the supply and installation of this equipment, with an execution period of four months from the formalization of the contract. The contest is open at the moment since interested companies can present their offers until May 20. From that date, the contracting table will have to study the proposals and propose a successful bidder.

The planned photovoltaic installation will convert the energy provided by the sun, through solar radiation, into 400-volt alternating electrical energy, which will be injected directly into the building's low-voltage interior installation. It will be subject to the "self-consumption without surplus" modality, with a nominal power of ten kilowatts, made up of a single generator.

On the other hand, the center indicates that the growth of Scayle's needs in recent years requires the reinforcement of industrial support infrastructures. To this end, the transformation center and the low-voltage installation will be reformed to adapt it to the projected changes, and it will be equipped with a control and measurement system for the electricity supply. This improves the availability and quality of the service.

Currently, the CRA-ITIC building has a 1,250 KVA transformation center fed from the network owned by the ULE for its electricity supply. A prolonged power outage represents an "incalculable damage" for the Supercomputing Center, according to those responsible, for which reason the installation of a redundant 1,250 KVA transformer machine in reserve is planned and that in the event of a transformer failure, it can enter automatically running.

The actions foreseen in this tender will be co-financed through the agreement between the Ministry of Science and Innovation and Scayle, which receives financing from the European Regional Development Fund within the framework of the Pluriregional Operational Program of Spain, 2014-2020, Intelligent Growth Operational Program.

In addition, the Board has already awarded the competition for the drafting of the project and construction management of the new building, with a drafting period of three months, which will allow requesting the municipal license and tendering the works for three million euros, something planned for the month of June, so that the works will begin in September with an execution period of 18 months, ending in 2024. The headquarters will be located on a plot located on Calle Profesor Gaspar Morocho, next to the Integrated Center for Vocational Training.

The Board expects a significant growth of the machine in the next five years, through various projects financed by the Next Generation funds, both under REACT EU (15 million euros) and the Recovery and Resilience Mechanism (3, 5 million).

Finally, the center closed 2021 with 500 virtual servers deployed in the Scayle cloud and executed jobs for a total of 24,006,680 CPU hours and 45,753 GPU calculation hours -graphics processing unit- on the different calculation systems.

1 Rueda is committed to "preserving Galicia from... 2 [LIVE] 80th day of war in Ukraine: here are all the... 3 The G7 will “never recognize the borders” that... 4 More gunshots in Montreal North 5 The unexpected miracle that prevented the 'catastrophic... 6 Burgos, the province with the most cases of gender... 7 Arrested 7 minors from the 'Blood' gang... 8 Xavi is clear about next year's team 9 «From the moment you understand what you can and... 10 Vázquez claims a unique EBAU to promote the "rooting"... 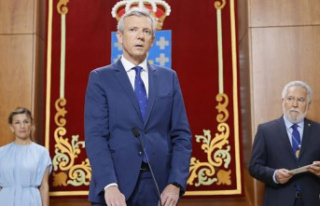 Rueda is committed to "preserving Galicia from...