The Azud case investigated by the Court of Instruction number 13 of Valencia has uncovered the links of the alleged corrupt plot with the PSPV-PSOE reflected through invoices that are part of the summary, whose secret was partially lifted more than a month ago . 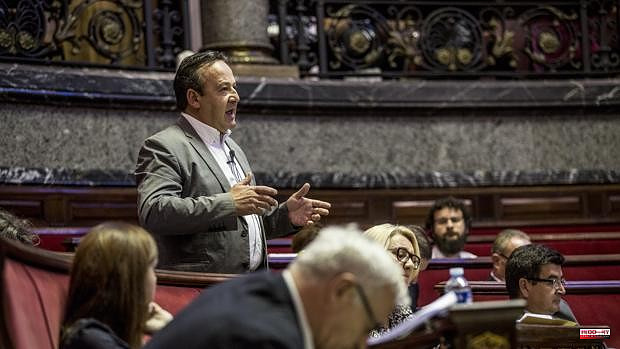 The Azud case investigated by the Court of Instruction number 13 of Valencia has uncovered the links of the alleged corrupt plot with the PSPV-PSOE reflected through invoices that are part of the summary, whose secret was partially lifted more than a month ago .

In this regard, according to an order dated May 12, 2022 included in the summary of the case to which ABC has had access, it follows that the lawyer José Luis Vera, historically linked to the Valencian socialists, perceived, for At least, more than 1.3 million euros from the companies of the Axis Group "under alleged commercial relationships, contracts and fictitious billing, making payments for non-existent services of those actually provided."

According to the order, "this activity was carried out by the person under investigation in those public administrations in front of which there were positions linked to the Spanish Socialist Workers' Party (PSOE), using his important links and influence within that party for this purpose."

According to the summary of the Azud case, the real estate developer Jaime Febrer, considered by the investigators to be the ringleader of the urban corruption scheme that would have collected up to seven million euros in "bites", "always linked José Luis Vera with the PSOE political party and its actions have always taken place in town halls or public entities linked to said political party, in this context, and taking into account that in 2007 the municipal and Valencian Parliament elections took place, the The AXIS group proceeded through the intermediary companies to enter the amounts of money that have been reported to the advertising companies that appear as recipients of funds from the PSOE.

The summary of the Azud case emphasizes that "observance must be made that the spider's web that revolves around Jaime María Febrer and the Axis Group reached senior officials and officials of the Valencia City Council, both belonging to the Popular Party that governed the Consistory and to the party Spanish Socialist Worker who formed the opposition group in the Consistory» with Rafael Rubio at the head. This leader was arrested last year when he was sub-delegate in Valencia of the Government of Pedro Sánchez.

According to the summary, «this transversality in the performance of Jaime María Febrer managed to get his cronies to get him to export his business models to other municipalities of the Valencian Community governed by the PSOE, as is the case of Burjasot , or get a business model with state public entities». According to the summary, "this entire chain of actions appears clearly in all the intervened documentation."

One of the examples cited in the summary reveals that “the company Espacios Urbanos de Xixona increased its advertising expenses by more than 90%, the funds were paid to the interposed company Gigante Edificaciones y Obras S.L.U., and these have three destinations, withdrawal of cash, that is, generation of cash (548,483 euros), payments to the company Vera Llorens S.L.U. (261,000 euros) and payments to advertising companies (484,480 euros) that used to provide their services, at least three of them to the PSOE ».

The president of the Valencian PP, Carlos Mazón, has rejected this Monday the "so clamorous silence" of the president of the Generalitat and leader of the PSPV, Ximo Puig, around the "Azud case" and has assured that the socialists show "nerves" with his position on the matter.

For its part, the PSOE, despite the evidence uncovered by the summary, released this Monday any socialist leader from the "Azud case", in which an alleged corrupt plot of bribes and illicit commissions in Valencia is investigated, and maintained that It is "a PP plot that affects PP leaders."

This was stated by the spokesman for the PSOE in the Federal Executive, Felipe Sicilia, at a press conference in which he denied that "the main person involved was a person linked to the PSOE" because, although he maintained that attempts had been made to "splash" his party, It is a “plot clearly linked to the PP.

1 Le Grand Lemps. Three people are slightly injured... 2 Legislative 2022. Borne, confronted with the candidates... 3 The Council of Ministers was presented with the bill... 4 Unconditional prison for the driver arrested for the... 5 San Isidro: Samuel Flores, a disappointing comeback... 6 Jubillar case. Confidentials of Cedric Jubillar's... 7 Legislative 2022. These are the candidates for ministers... 8 Jubillar Case: Cedric's ex-colleague prisoner... 9 Real Madrid's plan for next season 10 The classic Djokovic - Nadal, at the wrong time 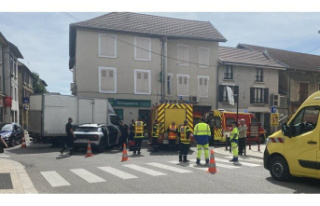