The story of Javier, the son of a Green Cross captain

That ETA blew up a car bomb on the Plaza de la Cruz Verde in Madrid on February 6, killing five soldiers and injuring a dozen bystanders. 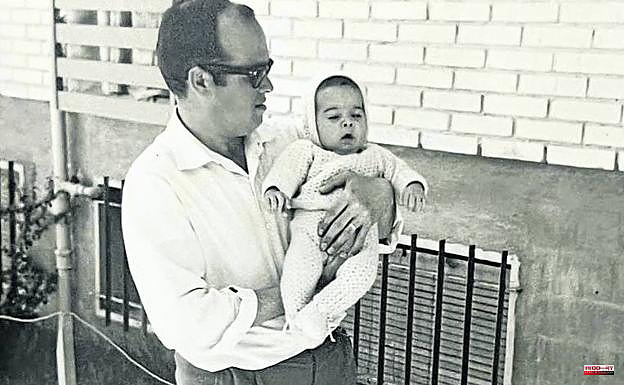 That ETA blew up a car bomb on the Plaza de la Cruz Verde in Madrid on February 6, killing five soldiers and injuring a dozen bystanders. That it happened at half past eight in the morning in front of the General Captaincy, that the ETA members parked the car on the sidewalk so that the military van could maneuver and pass nearby, that the bomb was activated remotely, that the material damage was considerable. That among the deceased there were three captains -artillery, cavalry and infantry-, a soldier driver and a telegraph operator. That Sunday marked the 30th anniversary of that attack. All these are known facts and have been told at some time. So this is a smaller story. Javier's, the only son of Emilio Tejedor, one of those soldiers.

«That morning, my father took 'the route' to go to work because I was studying Pharmacy and played handball. He had training and he needed the car. Other times, he went by car. I didn't see him leave the house but they picked him up at the door, as usual. Javier was then 23 years old and dreamed of following in the footsteps of his father, Emilio Tejedor, an infantry captain in the Army. He was going to the Military Pharmacy, but that morning full of routine he was determined to change everything.

Javier turned on the TV and put on Telemadrid. They broadcast a program that was reporting the traffic, giving images of different points of the capital of Spain. “Then I saw the smokescreen on TV. He knew the area. It was captaincy. I began to think of an attack. It may or may not be my father. He has been there thirty years, or it has been his turn or a friend's. He quickly remembers what he thought and the details come back to him. “I called the Captaincy and they didn't pick me up. In the end, I managed to talk to a secretary and she told me that there was a lot of fuss, but that she thought she had seen my father ».

At that time, a friend of the family, also a military man and who lived nearby, called by phone and commented that he did not know anything yet but that he was going home. Javier didn't wait for her to arrive. «I felt that I needed to go down to the barracks and I took the car. I wanted to see my father and, if he was okay, help him wash down the drink. He was going down the national 5 in a state of nerves that was getting worse. There I had a hunch that they had killed him. I kept driving, crying in the car, and listening to the news. I saw a police van and thought about asking them to take me because I couldn't go on. In the end I left the car four kilometers away.

When he arrived at the Captaincy, the area was cordoned off and a bad-mannered policeman denied him entry, although he explained that he was a relative of a possible victim. He had been there many times and found a way into the unsealed parking lot. There was a soldier in the parking lot, and a colonel who, seeing him from a distance, gave the order to let him pass. When Javier came up to him, he motioned with his head for her to enter the building. That gesture was enough. “I understood that my father had died. I went in, saw a wall on the right hand side and started hitting it with my fists. The colonel stepped back and let me do it. When I stopped, he told me: 'You already know, Javi'».

He asked to go up to his father's office. And he waited there. He was later taken home in a military vehicle while someone came to pick up his car. Upon arriving at the home, her mother was already aware of everything. That family friend who went to her house "had a direct line with the Captaincy."

Somehow, the identity of the soldiers killed in the attack reached the prison before the radios and televisions said their names. «I have a cousin who is a prison official in Alcalá Meco. Before the names were known, prisoners for terrorism began to laugh at him. "Has your uncle fallen?" one asked him. Shortly after, the bosses of that official called him to leave his post and go home.

Emilio, whom his friends called 'Emilito', had family in Euskadi. "They were from Zamora but his three sisters married Basques and lived in Getxo, Algorta and Markina," Javier details, who was never in the military. «I began to see the politicking, how the high spheres move. They left us aside », he confesses. They claimed the military vehicle occupant insurance on red alert - it was activated - and it was not recognized.

Last Christmas he was heartbroken to see the ETA member 'Mortadelo', one of the perpetrators of the attack, received to applause in Pamplona. «I without a father, and him like this. He is very painful ». He then wrote the letter that this newspaper reproduces today. «I have always been in the AVT, and I appreciate his help, but in the background. I have sometimes spoken about convictions, but I had never told my story. Javier's, Emilio's son.

1 A choral display by the Warriors brings Doncic's... 2 Spain will stop requiring the Covid certificate from... 3 Socialist Youth, IU and PCE of Madrid convene a rally... 4 Ukraine raises to about 28,500 the number of Russian... 5 «It is absolutely incredible to have been promoted... 6 Ten tips to face the EvAU without the backpack of... 7 Calviño now says that casualties due to painful rules... 8 Kylian Mbappé: an extension and an announcement on... 9 Enagás applies digitization to manage its infrastructures... 10 The Elecnor board approves the payment of a total... 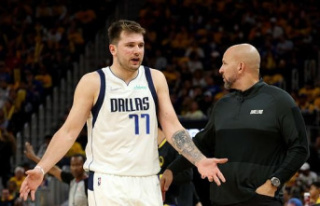 A choral display by the Warriors brings Doncic's...