The 'spray' artists compete in the western neighborhood of Salamanca

Urban art returns this weekend to 'color' the western neighborhood of Salamanca. 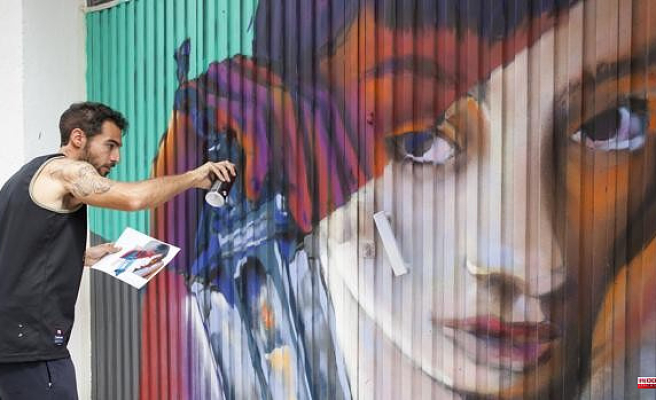 Urban art returns this weekend to 'color' the western neighborhood of Salamanca. Since Friday, the eleventh edition of the Urban Gallery organized by the Zoes neighborhood association has been held in its streets, which, in its return after the pandemic, has the participation of 18 artists from all over Spain, including places like Malaga, Seville, Barcelona , Lugo or Madrid, as well as from the province of Salamanca itself.

Almost all of them, with the aim of participating in this edition's contest, which includes a prize of 1,000 euros for the winner and 400 euros for the second, although all of them will receive recognition. Out of competition, the participation of Diego As stands out, considered the best muralist in the world for his Julio César with spray cans, which shines before the wall of Lugo, collects Ical.

Most of the works are carried out on garage doors on a total of eleven streets in the West neighborhood, some on pieces from other editions that have been decided to be renovated and others on spaces still 'virgin' from the action of aerosols. One of them will be carried out by the Parte con Arte collective, from the Asprodes association, with the aim of integrating people with intellectual disabilities into the Urban Gallery.

The event is completed with musical events in the Plaza del Oeste and the third edition of the Urban Gallery Festival Photography Contest, whose purpose, as announced by Zoes, is to reward the best snapshot that collects some moment of the creative process of the works. The prize will be 300 euros for the winning photo.

During noon this Saturday, the president of the Zoes association, Inmaculada Cid, organizer of the event, visited the artists while they were working on the making of their works together with the Councilor for Family and Equal Opportunities, Ana Suárez, and the Councilor for the Elderly, Isabel Macías, evidencing municipal support for this initiative.

1 Hitmen kill Paraguayan anti-drug prosecutor during... 2 'Entre copas', by Nuria Parra, wins the... 3 Al Jazeera journalist shot in the head in Israeli... 4 2022 work calendar in Valencia: when are the next... 5 Russia takes aim at Odessa 6 Titirimundi returns to the stage despite the rain 7 The abortion veto would trigger the trafficking of... 8 Ukraine from Washington 9 Finland and Sweden plan to apply this week to join... 10 Johnson proposes a "bonfire" of European... 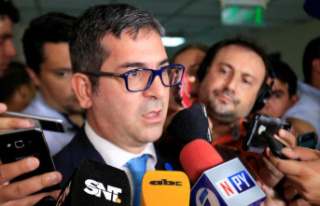