A total of nine entities integrated in the Association of Sports Federations of the Valencian Community (Confedecom), which bring together more than 60,000 federated, demand from the Generalitat a dialogue table that allows reaching a "consensus" for the practice of sport in The natural environment. 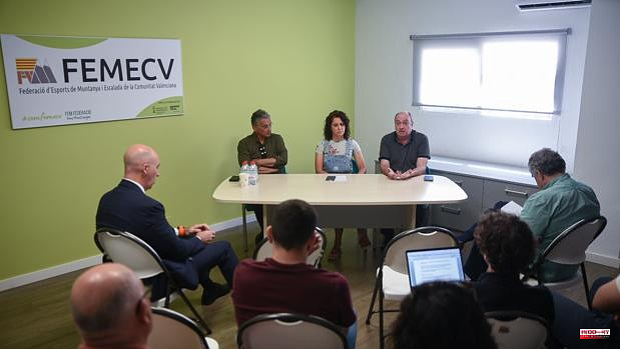 A total of nine entities integrated in the Association of Sports Federations of the Valencian Community (Confedecom), which bring together more than 60,000 federated, demand from the Generalitat a dialogue table that allows reaching a "consensus" for the practice of sport in The natural environment.

Representatives of these groups have lamented, in a press conference, "the absence of communication" with the Valencian Government to regulate the practice of sports in natural environments.

The federations emphasize that this situation "is weighing down" their sports activity in the natural environment due to "the limiting nature of the new regulations, which makes it difficult to practice sport."

“A year ago we asked for a meeting with the Ministry and it seemed that immediately there were going to be meetings to agree on the changes. But, after a year, we have found some modifications but they have not been discussed with the federations, "Ferris criticized.

«It is a process that is flawed from the beginning and that is not what was talked about in its day. It is not what the Ministry promised us", has influenced the president of Mountain and Climbing Sports, who has stated that some mayors of mountain areas are "very concerned" about how it will negatively affect the limitations of organization of tests in its economy and tourism.

Ferris has also lamented how the Ministry interprets sport in the natural environment: «Sport in nature is being stigmatized. I cannot allow it to be said that sport is bad for nature."

On the other hand, he explained that his federation "has requested on numerous occasions a joint review of the regulations that regulate mountain sports in the Community, such as climbing, ravines, sedentary lifestyles or camping and sports events."

«We have not been able to participate in drafts of new regulations that affect thousands of federated and clubs. There are numerous pending issues such as the lack of a budget for the maintenance of approved trails or having a clear and coherent public use strategy”, added the head of Mountain and Climbing Sports.

For her part, Vanessa Huesa, from the Triathlon Federation, lamented the inaction of the authorities: "There are public institutions that put up barriers for us and it is time for politicians to do what they promised."

“There are two big problems. There is no coordination with the administrations and there is no political commitment in the defense of sport”, explained Huesa, who has defended that people who practice sport in the natural environment are the first interested in preserving it.

"There has been a neglect on the part of political parties and public administrations," argued the president of the regional triathlon. She has also defended sports tourism as "a generator of employment and wealth in the most depopulated areas of the autonomous territory."

Finally, Carmelo Fernández, president of the Motorcycling Federation, explained the problem that has been dragging on for decades: «We have been fighting for more than twenty years with the authorizations of the tests. It is a topic. The documentation is presented several months in advance and the last Friday before the test we receive the official notifications with the changes».

Fernández has been pessimistic about the delicate situation that is being experienced: “I don't know if one day we will come to a successful conclusion and we will be able to solve any of the problems we have. In no case have they counted on us for the modifications they have made. We tried to participate but found ourselves completely marginalized."

1 The Madrid metro stations where they give away free... 2 Three shootings in 24 hours: wanted for four months,... 3 Official Roland-Garros store: t-shirts, accessories...... 4 The technical control of two-wheelers must be in place... 5 Apex Legends mobile: an exclusive legend? All about... 6 A Simons store will open in the Maritimes 7 Pablo Laso: "I would like the experience to weigh... 8 WPT Next is born, a regional category resulting from... 9 Spain: towards an unprecedented “menstrual leave”... 10 The treasures of the Church in Valencia to discover... 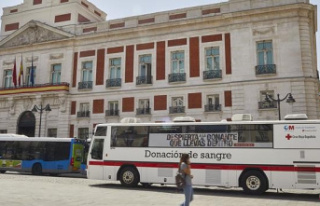 The Madrid metro stations where they give away free...