The snitching prisoners and their poisoned denunciations

A snitch is someone who secretly and cautiously accuses, says the RAE. 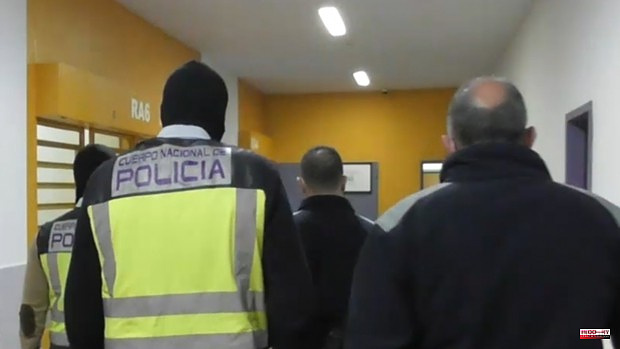 A snitch is someone who secretly and cautiously accuses, says the RAE. And almost no one has more reasons to subscribe to that secrecy than someone who is imprisoned. The one who accuses usually wants something in return and in that equation what is left over is the word justice. “Money, taking out a competitor, diverting attention from your own business in or out of jail, revenge… The motivations are very varied. Do justice, rarely. These are the words of a police commander who has dealt with many snitches. He prefers to call them fountains. "Technological means are increasingly useful to us for less and you have to return to the sources of all life," he says. to the informer. Be on the street, behind bars or in hell.

The crime that is being investigated –or the suspicion that it exists– conditions both the approach to the chota –a common denomination among investigators–, and the objective that the informant has in his hands. Pursuing a drug organization is nothing like looking for the body of a victim, details of a murder or confidences between terrorists, national or imported. There is a trace of all these typologies, although most of them are covered by secrecy.

In September of last year, the judge reopened the disappearance of Yéremi Vargas, who was kidnapped in Vecindario (Gran Canaria) in 2007. The family of the seven-year-old boy asked that two prisoners who shared a cell at different times with Antonio Ojeda 'el Rubio' testify ', while he was serving a sentence for sexual abuse of another minor very close to Vecindario. They were an inmate from Malaga and another from the Canary Islands. The first gained Rubio's trust and he told him that he was present at Yéremi's death, that the little boy "turned blue" (he had a pathology only known to the family that caused cyanosis) and that they burned him with some mattresses .

The inmate, through Penitentiary Institutions, contacted the UCO, in charge of the case. He said that he did it because he was also a father (at that time he had two children aged 15 and 18 who lived in Malaga). He was not the only one: another inmate of the Juan Grande prison also gave details that Rubio had revealed to him. He spoke with Yéremi's family when it was insinuated that he had collaborated in the case to obtain prison benefits.

“Sometimes what they are looking for is to be transferred from prison to get closer to their home, to a better destination within the penitentiary, to be granted permits or when they believe that the information they handle is good, they want to obtain the third degree,” explains an agent. of Homicides that usually deals with chotas. He admits that some are marked from prison itself, especially in those cases that get entangled and point to their almost impossible resolution.

Penitentiary Institutions has, according to several agents, a penitentiary coordination department that, after receiving information captured in the prisons, which may be valuable for an investigation, makes it available to the bodies in charge. Also that other one that is collected thanks to the interventions of the communications. “But the prisoner has to accept the interview. Then, if what he tells is going to be used, the prison surveillance judge is informed ».

Thanks to these informers, important operations have been set up against jihadists, ETA members, mafias of all stripes and, of course, anti-drug services. The sources consulted are reluctant to name them. “Some have to be given protection, they risk it. If a jihadist cell is handing you over, for example, their physical integrity is at stake and yes or yes you have to speak in their favor with the judge, but it does not mean that our opinion is final.

Other agents downplay these snitches for their spurious motivations. “They usually have good information, but they are in the garbage can. Everything is very slippery”, explains an expert in organized crime. "The most difficult thing is to distinguish if it is a maneuver."

Murders come out of the prisons and crimes are hatched. The narco-lawyer Pablo Vioque (now deceased) hired a prisoner he trusted whom he met in Soto del Real. When he was released he looked for a hitman. The plot to kill the then anti-drug prosecutor Javier Zaragoza was hatched in prison. It was never known if the inmate friend had the wrong person, but the thug was not such and when he found out who the target was, he went to tell the Civil Guard of Tres Cantos, who aborted the crime. "He collaborated with us and was given protection," recalls one of the officers who participated in the case.

Just a few weeks ago, the judge instructing the Meco crime (the murder of the young Miriam Vallejo that occurred in 2019) provisionally filed the case due to the lack of a known perpetrator. Until then, the woman's roommate Sergio S. had been charged, but last year, in another plot twist, a drug addict prisoner who met the suspect in prison accused himself of the crime. The Civil Guard was incredulous and the tests carried out have proved them right.

Whether he was looking for fame or money has remained up in the air. Who did pursue that moment of glory was Antonio G. B., an inmate from Badajoz who last year sent a letter to the judge investigating the crime of Manuela Chavero. Her body was found in Monesterio after four years missing. This prisoner shares a module with the alleged perpetrator of the crime, Eugenio Delgado, who would have told him all the details. His motivation, as he explained, was only that justice be done because she has five sisters and this came "from the heart." His statement added nothing.

Along with these cases in which the motivation is almost innocuous, there have been very important arrests of jihadists (both imprisoned and free) whose origin is within the walls of a prison. These highly sensitive anti-terrorist operations are among the most secret. The official communiqués refer to the control and monitoring activity of Penitentiary Institutions, but the truth is that inside each prison there are 'spies'.

In the penitentiary sphere they are known as 'los pata negra'. They are officials (one or more) who appear to be in no way different from their peers, but whose sole mission is to capture relevant information in prisons. Nobody talks about them and almost nobody inside knows who they are since they act like one more. «Its hallmark is discretion and its function, to put the ear. Then that information collected must be channeled and substantiated, ”an official details ABC. In his experience, they collect any data that can be used later by investigators. He clarifies that in addition to the communications intervened by judicial order, there are others, both oral and written, that are notified to the surveillance judge. Security reasons abound. An old and eloquent example. Francisco García Escalero, 'el Matamendigos', now deceased, had them intervened. The reason is that he wrote to his father, but he was dead. Thanks to that interception, it was learned that he corresponded with his brother and that he was posing as his father.

Most of the information is worth nothing, say the agents consulted, but others provide a thread to follow, a clue, a telephone number. Then you have to whiten that information, another not easy task. “There are no great bargains in the market. I wish there were because the investigation is getting more complicated every day and the bad guys are ahead of us." The market is the jail and the bargain, the informer.

1 MTB. French Cup: Loana lecomte was never satisfied... 2 Mercadona joins the Kilo Primavera Operation of the... 3 Val de Garonne - Checks were distributed in Tonneins... 4 Drought: 24 departments, including 4 in New Aquitaine,... 5 Who was Roland Garros and why is the great French... 6 UNITED STATES. "A perverse decision": How... 7 Deux-Sevres - A biker who falls 5 m into a river is... 8 Unusual. 103-year-old Swede breaks world parachute... 9 The threats of the murderer of the Texas massacre... 10 European leaders clash with Hungary's intransigence... 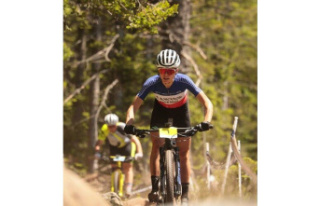