The sixth edition of the project 'And who are you from?' from Bodegas Gratias, from Casas Ibáñez (Albacete) 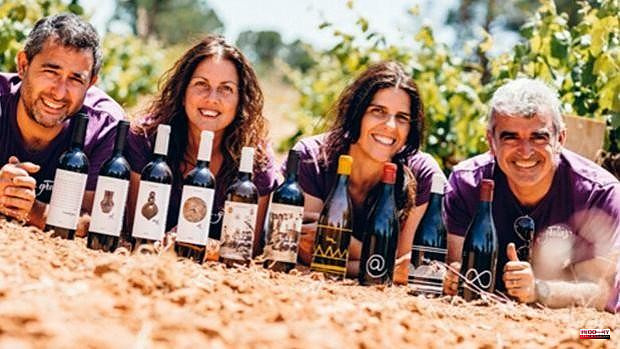 Free Wineries. Familia y Viñedos is a small, artisanal and sustainable family business, committed to the land, the vineyard, the farmer and you. This is what they defend on their website and, to celebrate this way of working and being, this year, for the sixth consecutive edition, they are organizing a 'crowdfunding' campaign to celebrate having come this far with wines. And you, whose are you? Tinto, and whose are you? Blanco and Arroba, the first monovarietal from the recovery of the blend plots.

In this edition, we present EME: the second monovarietal from the recovery of plots of mixture of the Macabeo Negro variety (as they call it in the area) which, thanks to their ampelographic analysis, have found out that it is actually the Bonicaire variety.

"Thanks to the support of all the 'gratias patrons' and all the work we have been doing these last 6 years, this varietal recovery work is being possible," say the managers of the winery. During this time, the contributions of the people who have participated in their 'crowdfunding' campaign have achieved the recovery of the mixed plots that are in danger of extinction. That's where the wine was born. And who are you? red.

This is how the ampelographic study of some red varieties could be carried out and 2 years ago, reaching the maximum expression of varietal recovery by planting 200 plants of the Pintall@ variety (a variety selected from the mixture plots). In addition, an old plot of white varieties that was about to be uprooted was recovered, which gave life to And you, whose are you? white.

In the 2020 crowdfunding they continued with the work of recovering the mixing plots and made an exclusive selected game of And you, whose are you? white for all the 'gratias patrons' who participated. A year later, patrons were able to enjoy Arroba, of the Pintall@ variety, an ancient variety from the area that is in danger of extinction. A new plantation of 400 vines of this variety was carried out, and they began to carry out research on the Macabeo Negro variety, with its ampelographic analysis.

"As you can see, thanks to everyone, and to this beautiful project, we are protecting a plant heritage of incalculable value," they say from Bodegas Gratias, which is located in the Manchuela area right on the border between Valencia and Albacete. In this area there are small plots planted with a multitude of different native varieties, which are increasingly difficult to find. These plots are commonly called mix plots. The function was to ensure production for home consumption, since each variety has a different sensitivity to pests, diseases and frost.

They are in danger of extinction, since the current economic system forces the farmer to produce many kilos for his vineyard to be profitable. Being old vineyards, the production of kilos per plant is not enough to cover costs. Therefore, these plots are not sustainable in any way.

They do not know many of the varieties and their only reference to them is that of Iván's father, one of the members of this project, or friends from the town. For this reason, they began a path that, although slow, will allow the different varieties that are in these plots that are about to disappear to be analyzed. The objective of this study allows the conservation of its plant material.

The wines come from old vineyards cultivated in dry land, in glass and managed in a sustainable way. The elaboration is of minimal intervention, artisanal and traditional, and the harvest is manual.

The contributions received during the 'crowdfunding' will be managed through the Verkami platform (www.verkami.com) and will be used entirely in the creation of the wines: lease of the plots, purchase of grapes from the farmer, production expenses ( bottles, stoppers, capsules, bottling, label design, boxes...) and in the study to characterize the varieties (plant marking, ampelographic study, microvinifications, analysis...). The rewards will be in the form of bottles of wine, key chains, visits to the winery with tasting and the meeting at the Patron Party that will take place in the winery or the vineyard.

“We hope that you like the idea as much as we do and that you want to enjoy these unique wines. I am not a panda bear, but I am also in danger of extinction”, they conclude from Bodegas Gratias.

1 The restored copy of "February 15, 1839"... 2 Congress again censors Sánchez's turn with the... 3 He calls the police because his wife did not open... 4 The PSdeG organizes a 'performance' to stage... 5 Aragonès meets with Puigdemont but is not received... 6 The Feminist University of Ponferrada turns to "clean... 7 "In Castilla-La Mancha abortions are not performed... 8 A caregiver is sentenced to prison for abandoning... 9 Salamanca delves into the latest advances in cancer... 10 Hunger claims a life in the Horn of Africa every 48... 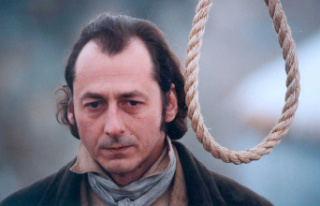