The six decisions that will come out of the NATO summit

The NATO summit, which is being held in Madrid on July 28, 29 and 30, is now preparing to address some of the most important problems of recent decades. 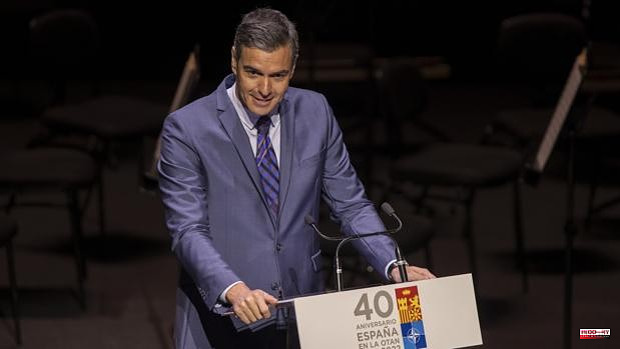 The NATO summit, which is being held in Madrid on July 28, 29 and 30, is now preparing to address some of the most important problems of recent decades. The aid packages in the war in Ukraine, the launch of the NATO Strategic Concept and the strengthening of relations between allied countries will be the central points of a meeting that will bring together 44 international delegations in the Spanish capital.

There are many key points that the leaders who have gathered at IFEMA this week will discuss. However, among them there are some decisions that are expected to come out of this summit and that will favor the operation of the organization in the coming months, especially in matters of defense and international relations.

But what are the key issues that international leaders will address during the NATO summit in Madrid? These are the objectives that they hope to achieve during the meetings that they will hold.

Strengthening NATO's defense in the long term is one of the main objectives pursued by the North Atlantic Alliance. With the front line open with Russia and the trade threat of a rising power like China, stepping up the fight against these issues may be key.

In addition, showing itself as a unity project after the instability caused by Donald Trump's passage through the United States is also another of the key points that they pursue from NATO. "As we face the most serious security situation in decades, the Alliance rises to the challenge with unity and determination," they say.

The focus of this NATO summit will almost certainly be on the international management of the war in Ukraine. The intention is that this meeting will produce a comprehensive package of aid so that the country of Volodímir Zelensky can face the Russian attack attempts.

In addition, with the intention of increasing the troops to respond to the Russian invasion (they would go from 40,000 to more than 300,000 troops), NATO also plans to convert some of the eight international battalions it maintains in Eastern European countries into brigades. They will also try to improve communications with Ukraine and provide it with anti-drone systems and fuel that will allow it to renew its outdated military equipment.

The launch of the new NATO Strategic Concept will also be very present in this new summit. This document, which includes the values, objectives and tasks of the organization, will be replaced after twelve years.

In the previous one, approved in Lisbon, Russia was considered a fundamental partner of NATO. However, with the outbreak of the Russian invasion and the subsequent war in Ukraine, the country led by Vladimir Putin has become the North Atlantic bloc's main threat.

This new text will also include the challenges posed by China, as well as terrorism or cyber attacks.

The recent candidacy of Finland and Sweden to join NATO will be another topic to be discussed among the member countries of the North Atlantic Alliance.

The threat that Russia has begun to pose after the invasion of Ukraine has made many countries, until now neutral, begin to rethink their membership of the organization. Only Turkey's veto over issues related to Kurdish terrorism has delayed the accession process.

The strengthening of NATO relations with the countries located in the Pacific will also be an issue to be discussed. For the first time, the leaders of Australia, Japan, New Zealand and South Korea will attend the summit, invited by the current members.

The Alliance plans to strengthen its partnership with these countries at a crucial time when the interests of China and the West collide.

In turn, NATO also plans to help improve the defense of its partners to the east such as Georgia, Bosnia and Herzegovina and Moldova, but also to the south, specifically Mauritania and Tunisia.

In addition, the leaders will try to renew their commitment to increasing military spending, something they already did at the summit in Wales (United Kingdom) in 2014. In it, it was agreed that the countries should have an investment of 2% of their Defense GDP as a starting point and not a ceiling.

For example, Spain is in penultimate position with only 1.03% of GDP allocated to Defense in 2021. Pedro Sánchez is expected to announce an additional investment of around 2-3 billion during the Summit.

1 How to calculate if I have been paid well the extra... 2 XV Edition of the Vela Clàssica de Barcelona with... 3 Fernando and Carlos Flethes, great favorites among... 4 Iceta reiterates that it will not authorize the transfer... 5 The Castelao medals distinguish five personalities... 6 Diary of Santo Tomé (10): The rebellious altar boy 7 'Tartufo' arrives in Barcelona to put "his... 8 Alicante Pride 2022: a week of celebration from July... 9 With the capacity to shoot down planes or bombard... 10 A company from Seville puts up a million euros to... 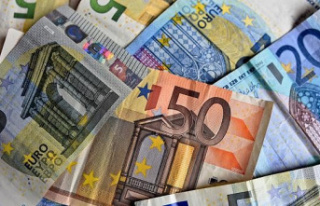 How to calculate if I have been paid well the extra...