The company committees of the Siro factories have assured after the meeting with the Ministry of Industry, Commerce and Tourism that they have reached "an agreement in principle". 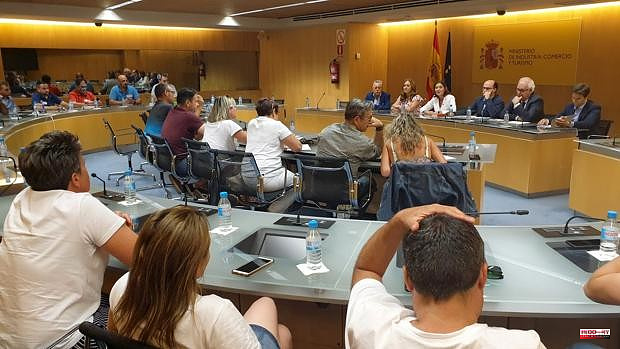 The company committees of the Siro factories have assured after the meeting with the Ministry of Industry, Commerce and Tourism that they have reached "an agreement in principle".

«At 03.00 hours we have reached a principle of agreement with the Ministry and the investment funds on the competitiveness plan in all the plants. On Saturday, it will be submitted to an Assembly and vote in the work centers that said no”, explained the president of the Company Committee of the Aguilar factory, Alfredo Alonso.

He has also detailed that "the agreement will be the same for all the group's factories" and that it consists of "a recovery of purchasing power in four years' time and a commitment to negotiate reduced conditions in 2025."

Likewise, he has remarked that some aspects of the agreement remain to be "polished", although he has highlighted the initial effort and has positively valued that the company's workers recover purchasing power "in a short space of time", reports Ep.

The committees traveled yesterday afternoon to the Spanish capital to negotiate the new offer presented by the investment group that had been interested in buying the food firm, all after having held a meeting in Valladolid with the Board of Castilla y León, the regional government delegate, Virginia Barcones, the president of Cerealto Siro, Juan Manuel González Serna, and the mayors of the municipalities where the factories are located.

In an atmosphere surrounded by uncertainty, almost euphoria in some and worried faces in others, they boarded the bus, accompanied to the door by the Government delegate, Virginia Barcones, who even took photos with some. Barcones, who had been at the meeting in the Ministry, was at pains to defend that it is the minister, Reyes Maroto, who has been in contact with the possible investment partner, "has the offer" and that is why it was necessary to transfer the workers to Madrid.

In this regard, the spokesman for the regional Executive, Carlos Fernández Carriedo, stressed that this appointment in the capital had been made possible by the previous day in Parliament. Until this Wednesday there was a "lack of dialogue" between the parties that has recovered, the capital willing to enter the shareholding has "reconsidered" its refusal to invest after seeing the will now expressed by the workers to "renegotiate" and has also "improved" the agreement that it proposes, while the company "has made an effort" to improve the content of the offer -including the assets of its president-. "Today -for yesterday- we are much better than yesterday -for Wednesday- and it does not mean that it has been solved," warned the counselor. “If this goes well, the success will be for the workers and the company. If this goes wrong, it will be everyone's fault », stressed the also Minister of Economy and Finance, who assured that he will be« happy if in the end the Junta de Castilla y León has been an important part of the solution ».

Regarding the negotiation with the investment group, Alonso has assured that "rather little is known" since the fund has had a telephone conversation "directly" with the Minister of Industry, Commerce and Tourism, Reyes Maroto.

Thus, the president of the Business Committee has specified that Maroto and the Minister's Chief of Staff will attend the Assembly on Saturday to explain to the entire workforce "the situation of the company and the course of the negotiation."

"After more than 15 hours of negotiations, we see hope to save our jobs," Alonso stressed. Likewise, he has pointed out that the Works Council will be working "until the last second" to find "the solution to this conflict." 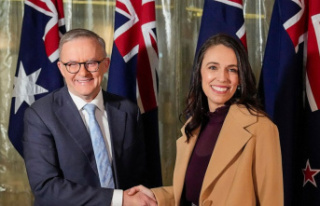