The 'Simón Bolívar' Symphony Orchestra will perform on July 23 and 24, 2022 the work of the Spanish composer José Zárate 'Alonso de Quijada' for symphony orchestra (2003). 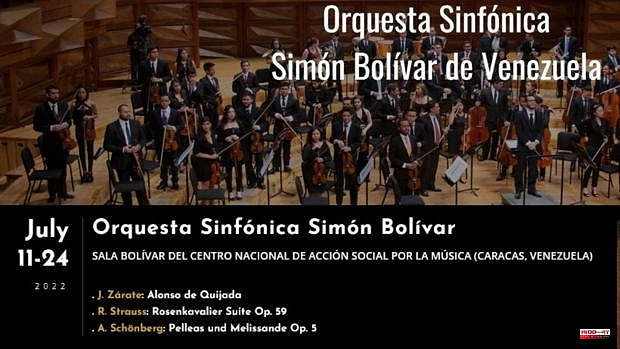 The 'Simón Bolívar' Symphony Orchestra will perform on July 23 and 24, 2022 the work of the Spanish composer José Zárate 'Alonso de Quijada' for symphony orchestra (2003). Considered one of the most important orchestras in the world, this time it will be conducted by the Spanish conductor Marc Moncusí, an honor that only five Spanish conductors have had the opportunity to receive from the excellent American orchestra, with a program featuring works by Strauss , Schönberg and Zárate, being the first time that a work by a living Spanish composer has been performed (on other occasions they have performed works by Falla, Albéniz or Turina, all of them now deceased).

Marc Moncusí is one of the most renowned Spanish conductors in Latin America, Asia and Europe, and has conducted many national and international orchestras —Beijing (China), Denver Philharmonic (USA), Mexico Symphony, Barcelona Symphony, etc. —, highlighting his tours of Latin America conducting the most important orchestras in Brazil, Venezuela, Colombia, Mexico, Cuba, Chile.

The work 'Alonso de Quijada' for symphony orchestra (2003) by the composer José Zárate —one of the most performed works of Spanish symphonism at the beginning of the 21st century— celebrates twenty years since its composition in 2023, commissioned by the National Orchestra of Spain on the occasion of the tribute to the IV centenary of the first edition of the book 'Don Quixote de la Mancha' by Miguel de Cervantes. The title, 'Alonso de Quijada', personal name of the hidalgo that appears in the first chapter of the book, places us before the reality of the work itself as a musical reflection of the most important character in the Cervantes text before self-baptizing himself as such an idealistic gentleman. , trying to convey the feeling of that man before his public image and the concept of idealization that he already had not only of his life but of everything around him. A tribute to the private, individual and unknown image of the illustrious hidalgo from La Mancha, and above all, to his esteemed and profound illusion for living the adventure of his own existence.

Work performed by national and international orchestras such as the National Orchestra of Spain, the 'Simón Bolívar' Symphony (Venezuela), the Siberian Philharmonic (Russia), the Youth Orchestra of Mexico, the Philharmonic of Gran Canaria, the Youth Orchestra of Andalusia (tour of the United Kingdom) , Orquesta de Extremadura, Filarmónica de Málaga, etc., has been recorded on the monographic CD 'The future heritage: José Zárate', published by the prestigious international label Sony Classical (Orquesta de Extremadura; Álvaro Albiach).

1 The battle for Donbass is being fought village by... 2 Putin Pulse Alphabet to the Free World 3 "What has happened in Pakistan has nothing to... 4 The Prosecutor's Office does not appeal the acquittal... 5 Labor accuses low-paying companies of driving away... 6 First wounded of the Ukraine war in Madrid: "They... 7 Champions, Europeans, relegated: the verdict of the... 8 Energy: record number of disputes with the Mediator... 9 Visa pour l'image intends to show Ukraine but... 10 Literature in the spotlight at the festival “Oh... 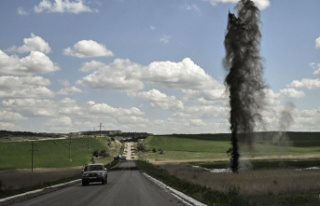 The battle for Donbass is being fought village by...