Sierra del Rincón, the paradise in the north of the Community of Madrid located less than a hundred kilometers from Puerta del Sol and declared a biosphere reserve since 2005, increases in size and is enriched with the incorporation of the small municipality of Madarcos. 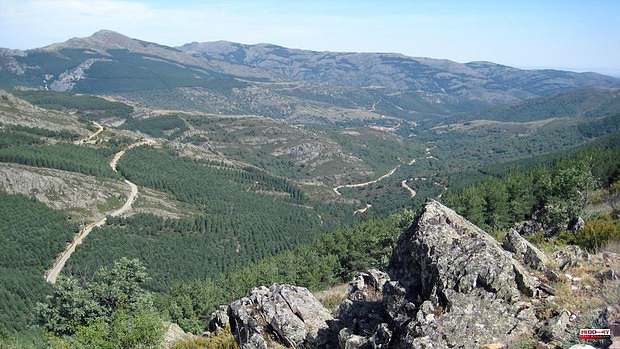 Sierra del Rincón, the paradise in the north of the Community of Madrid located less than a hundred kilometers from Puerta del Sol and declared a biosphere reserve since 2005, increases in size and is enriched with the incorporation of the small municipality of Madarcos. The International Coordinating Council of the Program on Man and the Biosphere (MaB ICC), which is being held at UNESCO until June 17, will make official the extension of the protected land, which thus reaches 16,091 hectares of surface made up of six towns and more than 2,400 taxa (organisms) of flora.

Madarcos asked the Community of Madrid to join this ecosystem in June 2018, and received the approval of the Spanish Committee for Man and the Biosphere three years later.

Now, the adhesion of the town of only 49 inhabitants and 860.7 hectares to the green lung of the north of Madrid is made official internationally. "Despite its low demographic weight, the incorporation of Madarcos will be an incentive for the reserve, both due to its municipal policies and the enormous personal involvement of its neighbors," they affirm from the Ministry of the Environment, Housing and Agriculture directed by Paloma Martín .

Regarding biodiversity, 678 taxa of vascular flora have been located in the town and three new species have been identified for the Community of Madrid, which in its 8,028 square kilometers has 2,477 flora organisms, excluding transplanted ones. In addition, it notably increases the area of ​​grasslands and pastures, systems favored by human activity. "The maintenance of agro-livestock activities is essential to conserve landscape heterogeneous areas," they explain from the council about the 'arrival' of Madarcos at the biosphere reserve.

Another factor that has been taken into account is the course of the Madarquillos river, where there is a riverside forest with ash, willow and poplar trees, as well as hazelnut trees and some melojo, holly or yew trees, and where there is evidence of the presence of otters

The Sierra del Rincón Biosphere Reserve is made up of a mountainous territory located between the Ayllón and Somosierra massifs. Despite its distinction, it is one of the most unknown but best preserved enclaves in the Community of Madrid and includes the towns of La Hiruela, Horcajuelo de la Sierra, Montejo de la Sierra, Prádena del Rincón, La Puebla de la Sierra and, now , Madarcos. An environment of 16,091 hectares that represents the respectful coexistence between human beings and nature, in which the Montejo Beech Forest stands out, with some 24,000 annual visitors.

In addition to this beech forest, in the Sierra del Rincón there are abundant scrub formations, oak groves, pastures linked to livestock farming, rocky groves, ash groves and holm oak groves. Its uniqueness is represented in a mosaic made up of meadows, rocky outcrops, mountains and rural areas with a large number of species of flora and fauna. Specifically, 195 vertebrate species have been inventoried –of which 137 are included in the regional catalog of threatened species– and 492 invertebrates. The otter, the wolf, the Pyrenean desman, 14 species of bats and three shrews are some of the mammals that roam the protected area.

1 Russia controls 80% of Ukraine's key cities,... 2 These are the Best Father's Day Deals You Can... 3 The 2022 Best Vertical Monitors 4 The heroic and unexpected guards of Real Madrid 5 Tchouaméni, from Jordan and Kobe to Zidane and Benzema 6 From Mbappé to Tchouaméni: Monaco's last great... 7 Dak Prescott: My confidence has gone through the roof... 8 'Tightlining', the invisible eyeliner that... 9 Croquettes are the most requested home delivery food... 10 What Yellowstone's Extreme Flooding Means for... 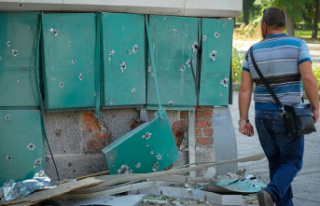