The selection already walks towards the future

Ambition and a promising horizon. 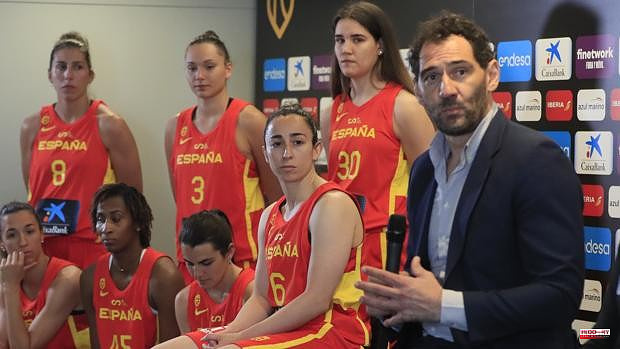 Ambition and a promising horizon. This is how the first day of concentration of the women's basketball team can be summed up, which from this Tuesday enters a three-week pilgrimage in which it intends to seal its ticket to play the Eurobasket in 2023. 'Road to the future' is the nickname that the Federation has decided to put on this block of four games: the team will face Italy (Wednesday, June 1) and Belgium (Friday, June 3) in Melilla. A week later, the second part of the preparation will begin in Guadalajara, which will conclude with two more matches in Italy against Slovenia (Saturday June 18) and Italy (Sunday June 19).

The team, after the disappointment suffered in the Tokyo Games (eliminated in the quarterfinals) and the departure of the previous coach, Lucas Mondelo, begins a new stage with retouched bodywork.

The coaching staff led by Miguel Méndez is joined by the legend Laia Palau, recently retired and emblem of the glorious stage of the team. In addition, the young talent is unified with the veteran in search of success. "We have a mixture of the youngest, of those who have already been and know the national team, the perfect coach for this moment and for this team, an experienced coaching staff and a Laia Palau who joins the new project from day one" declared Jorge Garbajosa, president of the FEB, at the presentation ceremony.

Méndez also spoke. "The first objective is to prepare the team for the November window, especially the game with Hungary, because we are going to prepare it as if it were a final because we want to be in the summer of 2023, we want to be there and be protagonists," said the coach. The coach is already working with the 16 selected players: guards Silvia Domínguez, Maite Cazorla and Laura Peña; the escorts Leticia Romero, Ángela Salvadores, Leo Rodríguez and Queralt Casas; the forwards Alba Torrens and María Conde; power forwards Paula Ginzo, María Araújo and Irati Etxarri; and centers Raquel Carrera, Astou Ndour, Lola Pendande and Nerea Hermosa. Peña, Pendande and Hermosa will live their first concentration with the absolute.

1 The reconversion of the former minister Djebbari at... 2 Roland-Garros: “The ATP defends the players or Russia?... 3 Roland-Garros: "Happy to be able to do double... 4 A child ends up hospitalized after being strangled... 5 The Basque Government is involved in the Siemens Gamesa... 6 Feijóo formalizes his jump to the Senate and definitively... 7 How to get tickets to the Bernabéu to see Real Madrid... 8 Schedule and where to see Nadal - Moutet 9 Garamendi now rejects the increase in pensions with... 10 Moonage Daydream: David Bowie in 50 years of unpublished... 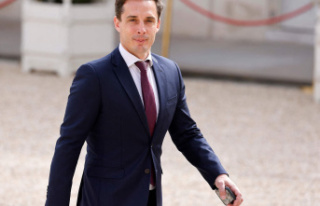 The reconversion of the former minister Djebbari at...