The Domus Atrium 2002, the DA2 museum in Salamanca, hosts from this Tuesday an exhibition that reviews the vast career of the North American photographer Lee Friedlander (Washington, 1934) through 315 snapshots. 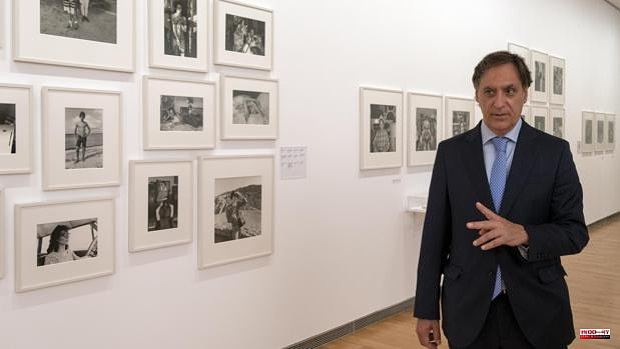 The Domus Atrium 2002, the DA2 museum in Salamanca, hosts from this Tuesday an exhibition that reviews the vast career of the North American photographer Lee Friedlander (Washington, 1934) through 315 snapshots. The retrospective, organized by the City Council and the Mapfre Foundation on the occasion of the twentieth anniversary of the European capital of culture, can be visited in the contemporary art space until September 25.

The project's curator, Carlos Gollonet, has referred to this exhibition as "the most important" by photographer Lee Friedlander since the one held at the Museum of Contemporary Art in New York (MoMa) in 2005, when this center made "the largest purchase that has been done to a living artist» with the acquisition of half a thousand snapshots.

In fact, it has meant that the artist, who is still alive, continues to work daily "compulsively" although he is "very careful" with what he edits and prints.

Although this exhibition has already been exhibited previously in Madrid, Barcelona and Berlin, the Salamanca retrospective has some singularities, the curator has detailed, among them, the gathering of fifty books, all of them monographs: «He enjoys making a book more than making an exhibition”, Gollonet has clarified. Another novelty in the show is the recovery of some photos he took in Spain in 1964 thanks to a Guggenheim grant. «He spent a whole year with his family touring the country and there are photos of Barcelona, ​​Madrid and Andalusia, because he had acquaintances there» Of course, the closest snapshot to Salamanca is from Burgos.

«To know such an extensive work, six decades of continuous work, and to understand it, because it is not an easy photograph, an extension like this is necessary», Gollonet has also reflected.

Among the specific series, the curator has mentioned the importance of jazz. "It's not just a hobby, there is a relationship between the improvisation of this type of music and what he does with the camera." At the age of 16, the photographer crossed the country to follow the jazz bands of the moment. That hobby coincides with his first commissions, which were for record covers.

The exhibition is organized chronologically and shows an evolution that “never ceases to amaze”. «He is one of the most influential photographers of the 20th century, but it is still difficult for many people to grasp him, perhaps because he is sometimes cold and distant, that is why these explanations, which include his innovations and changes, are essential to understand what has made photography progress”, he summarized.

His "prolific and creative" decade of the 1960s, as well as some snapshots taken in the street, in which "he is much closer to pop art" complete the exhibition along with some of his nudes, "without a hint of a 'voyeur' look ' or eroticism" and the project entitled 'American monuments', with a series with original frames where "it's hard to find the monument," reports Ical.

1 Balance of the municipal device of San Isidro: 7 detainees,... 2 [PHOTOS] The river overflows on Dalhousie Street in... 3 Johnson announces unilateral plan to amend Northern... 4 Rosalía puts on Kim Kardashian's underwear 5 The ICC Prosecutor's Office sends 42 experts... 6 Ribera calls for fiscal measures that pay for support... 7 The rescue of Air Nostrum by SEPI enters the "final... 8 The United Kingdom will unilaterally amend the Northern... 9 Queen Elizabeth II participates in the inauguration... 10 Nine years for sexually assaulting his wife during... 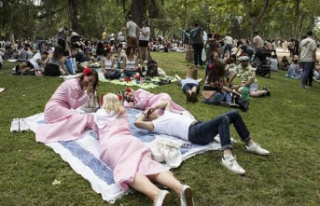 Balance of the municipal device of San Isidro: 7 detainees,...