The emeritus king will return to Spain this Saturday and thus end almost 22 months of 'exile' in Abu Dhabi. 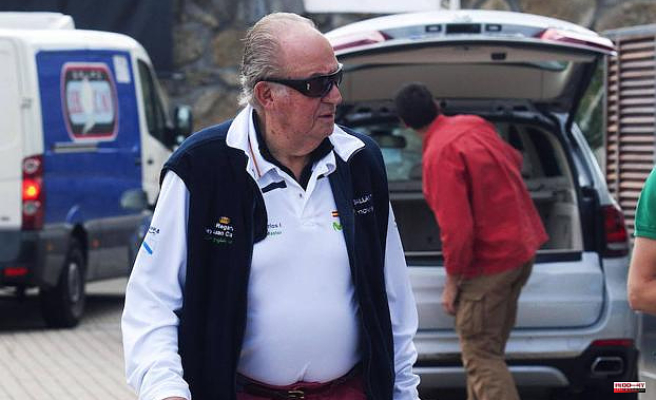 The emeritus king will return to Spain this Saturday and thus end almost 22 months of 'exile' in Abu Dhabi. Although neither the Casa del Rey nor the Government have confirmed the date, sources from his circle of friends have indicated that on that day he will be in the Pontevedra town of Sanxenxo, where some regattas are being held.

Felipe VI traveled to the capital of the United Arab Emirates on Sunday to convey his condolences for the death of Sheikh Khalifa Bin Zayed, but before embarking on the return trip to Madrid he had a telephone conversation with his father in which, apparently, They finalized the details of the return of Juan Carlos I. La Zarzuela, which reported this talk, neither confirmed nor denied the date because doing so, they maintain, is the responsibility of the former head of state as it is a matter of his private life. And in Moncloa they had nothing to say.

But two personal friends of the king emeritus, the journalists Fernando Ónega and Carlos Herrera, anticipated that he will meet in Sanxenxo on Saturday. In the Galician municipality, a regatta of sailboats of the 6mR class is being held this weekend, a category to which the 'Bribón' belongs, a boat in which he usually haggles and with which he won two world championships.

In the letter he wrote to his son on March 5, Juan Carlos de Borbón told him that, once the three investigations opened by the Supreme Court Prosecutor's Office on his alleged financial irregularities had been filed, he intended to travel to Spain "to visit the family and friends", but without establishing his residence here because he will continue to live "permanently and stable in Abu Dhabi, where I have found peace of mind, especially for this period of my life". The King's House explained that Felipe VI "respects and understands" the wishes of his father. From that moment on, the machinery of the Zarzuela, the Moncloa and the entourage of the king emeritus was put into operation to prepare for the return. The journalist Ónega pointed out that Juan Carlos I "has accepted the conditions" imposed by the Casa del Rey to return

The 84-year-old former head of state will be seen on that brief visit with Felipe VI, Queen Letizia and Infanta Sofía in a private act at the Zarzuela Palace. The prevailing silence around the trip has not confirmed whether Queen Sofia will also meet with her husband. Princess Eleanor is unlikely to leave her studies at Atlantic College in Wales to meet her grandfather. None of the five has visited Don Juan Carlos in the 651 days that he has been installed in the Emirati capital, unlike the infantas Elena and Cristina and their grandchildren.

What is known is that the king emeritus will not stay in the Zarzuela, a public building of National Heritage; a condition that was stipulated in advance. He will do it at the house of his friend Pedro Campos, where he usually spends the night when he goes to Sanxenxo.

Although the government declined to comment on the return of the king emeritus, the spokesman for the PSOE leadership, Felipe Sicilia, said that his party "respects any decision" made by the Zarzuela. "These are decisions -he added- that are the responsibility of the Royal House and we have nothing to comment on there." This time the socialists did not demand explanations that they have demanded on other occasions.

The main leaders of the PP remained silent, but the mayor of Madrid, José Luis Martínez-Almeida, defended the return because the former head of state has no pending legal case. And he added that, above personal conduct, “he weighs much more than he was the person who, having absolute powers, decided that Spain would be a democracy. The Transition and the 1978 Constitution are not understood without him. He is a key and angular piece of our country ».

The reverse side of the coin was starred by the PNV spokesman in Congress, Aitor Esteban, who predicted that "no one is going to forgive him for what he has done." Along the same lines, the ERC spokeswoman, Marta Vilalta, considered the return of the emeritus king a "shame" and a way of laughing "at the citizenry". If he comes back, she settled her, it has to be to "make himself available to justice."

1 'The Invisible Children': Overshadowed by... 2 Tribute to Joselito 'El Gallo' in Talavera,... 3 Castilla y León will be “one of the first to recover”... 4 The missing 24-year-old girl is found dead in Carballo... 5 Biomethanation in Montérégie: Canada and Quebec... 6 Alistair Johnston on the MLS Honor Roll 7 "3 giants" will dominate the metropolis... 8 Funeral of Shireen Abu Akleh: the bishops of the Holy... 9 NATO: "France will stand alongside Finland and... 10 Germany: Christopher Nkunku, former PSG titi, voted... 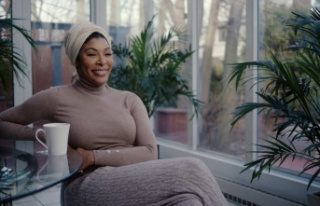 'The Invisible Children': Overshadowed by...