The return of the British will pull tourism GDP, but companies raise prices and reduce margins

British tourists are returning to the beaches of the entire Spanish literal, after two years of strong mobility restrictions, and despite some forecasts that they would stop visiting our country after the departure of the United Kingdom from the European Union. 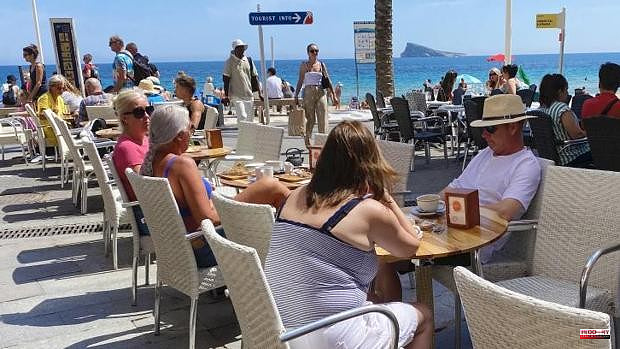 British tourists are returning to the beaches of the entire Spanish literal, after two years of strong mobility restrictions, and despite some forecasts that they would stop visiting our country after the departure of the United Kingdom from the European Union. A piece of news that celebrates the tourism sector, which has its historical first issuing market in this country, and now hopes that it will become the main engine towards its post-pandemic recovery.

Holy Week has already served to whet your appetite. The arrival of passengers by air from the United Kingdom during the month of April was only 16% below that registered in the same month of 2019, according to Aena data.

And the forecast for the summer is that it will get bigger. A return of a crucial visitor, which will boost tourism GDP to 88% of that registered in the last year before the pandemic, according to a report prepared by Caixabank Research.

However, the recovery will be half. According to the report, "the war in Ukraine, with the sharp rise in the prices of energy and agri-food raw materials, will affect the cost structure of the sector, putting some pressure on sales prices and business margins." In other words, it will be very difficult for companies in the sector to aspire to the level of profitability in 2019, despite the price increases. Although the document ensures that demand problems due to inflation are not being perceived.

In any case, the return of the British tourist is not the only positive sign. Google searches on trips to Spain from the rest of the issuing markets in Western Europe are 20% above "their usual pre-pandemic levels," says the Caixabank research service.

Proof of this is the air traffic data for this last month: in the second week of May, flights operated in Spain were just 7% below the same period in 2019, according to Eurocontrol data collected by the study.

The comeback also comes from other continents. Especially from Latin America, which last month managed to exceed the 2019 figures by 8% in number of passengers, according to this same source. There are also good omens with the US and Canada, markets that have been slow to reactivate (in April it was still 24% below the same month in 2021) with the expansion of Ómicron and the war in Ukraine, which reduced the reservations to Europe during the first weeks of the conflict.

With all these data, Caixabank Research predicts that tourism "can act as the engine of the Spanish economy at a time when a large number of sectors are going through a complex context."

1 Legislative 2022. Ardeche: "Herve saulignac is... 2 Are electricity prices expected to rise in 2023? Bruno... 3 Frederic Leclerc - Imhoff, a French journalist, was... 4 Pro D2 final: 2200 tickets available starting Tuesday,... 5 Football: Sale of Chelsea to Todd Boehly & his... 6 Justice. After an appeal by the prosecution, Patrick... 7 Mazón accuses Puig of "dividing Valencians"... 8 Ukraine: The death of a French journalist fighting... 9 Ukraine war: London fears for energy supply and wants... 10 Environment. Drome in the Drome: As the situation... 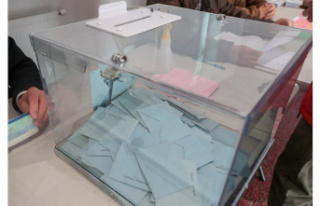