Some thirty residents of the 158 homes on Calle Río Yedra in Toledo have gathered at the gates of the Gicaman headquarters - the company in charge of Infrastructure Management in Castilla-La Mancha - to demand solutions to have decent housing. 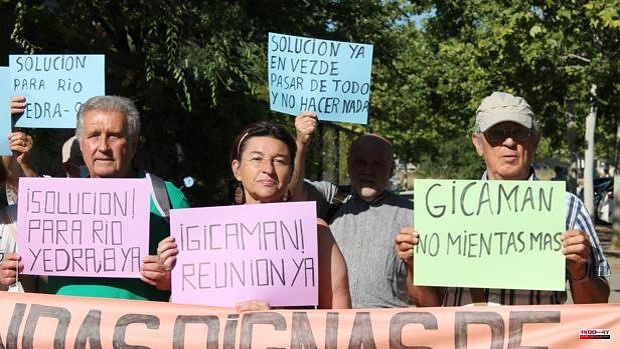 Some thirty residents of the 158 homes on Calle Río Yedra in Toledo have gathered at the gates of the Gicaman headquarters - the company in charge of Infrastructure Management in Castilla-La Mancha - to demand solutions to have decent housing. Olga Ávalos, head of the Housing Area of ​​the United Left Castilla-La Mancha, has accompanied the residents gathered by the Platform for the Right to Decent Housing in Toledo in their claims and complaints about the abandonment suffered by 98 people, who live in the Río Yedra urbanization since 2016, by Gicaman and the Community Board. "That despite the constant writings and complaints sent to the competent entities," says IU in a statement.

In this sense, and given that the residents affected by the damage caused by the occupation of garages, prostitution and drugs demand from the Administration the guarantee of the right to live with dignity and in a community of neighbors in conditions, Olga Ávalos has wanted to distinguish between "occupation and delinquency" because "there are people who cannot pay the rent (rents of up to 600 euros are paid) but keep their homes and do not harm society".

The person in charge of Housing of the United Left of Castilla-La Mancha since, remember, "these apartments are being charged at market price, they are not social rentals", so there are families "with problems who are forced to not be able to do against payment", before which "the administration must provide solutions, which exist, is a matter of priority and public will". Because, he points out, "although there are delinquency and drug addiction problems, they are not generated by the majority", but rather because "at the time the regional government did not solve this problem and now a ghetto has been created around people who have problems instead of assigning the houses to the people who were part of the allocation list'.

1 Nicola Sturgeon outlines her plan to hold a second... 2 Joe Biden lands in Madrid to participate in the historic... 3 How can Russia's suspension of payments affect... 4 Sakhalin, the strategic and energy 'paradise'... 5 Follow live the Cerundolo - Nadal 6 Shock in Formula 1 after Nelson Piquet calls Hamilton... 7 Arrested for throwing two glass glasses and threatening... 8 Mazón, on the Oltra case: "There is no consistency... 9 Requena presents his candidacy to enter the Regulatory... 10 The Prosecutor's Office investigates the deaths... 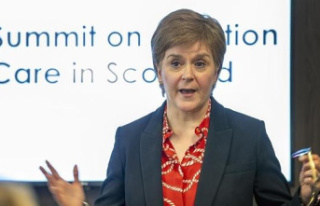 Nicola Sturgeon outlines her plan to hold a second...