The review of the country's economic situation that the Bank of Spain has carried out, taking advantage of the publication of its Annual Report, has made clear the institution's lack of harmony with the Government, both in some of the shock measures that it has decided to adopt to deal with to the 'shock' of energy prices that began in the middle of last year and exacerbated by the war in Ukraine, as with other more fundamental issues of its economic policy. 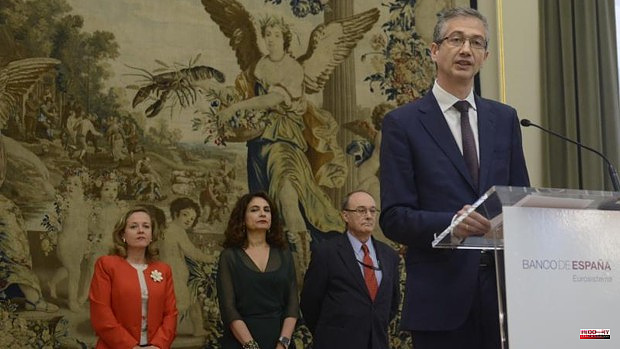 The review of the country's economic situation that the Bank of Spain has carried out, taking advantage of the publication of its Annual Report, has made clear the institution's lack of harmony with the Government, both in some of the shock measures that it has decided to adopt to deal with to the 'shock' of energy prices that began in the middle of last year and exacerbated by the war in Ukraine, as with other more fundamental issues of its economic policy. We summarize the lack of harmony between the Government and the Bank of Spain in ten sentences.

On the Government's reaction to the crisis. «After the increase in public debt as a result of the pandemic, the room for maneuver of budgetary policy is close to being exhausted, which requires that its use be very selective and with temporary measures, in order to prevent it from being transmitting an excessive burden to future generations and, what would be more worrying, that the sustainability of public finances could be compromised.

On the general reduction of 20 cents per liter of fuel. “Preliminary estimates of the impact that the recently approved bonus of 20 cents per liter of fuel could have for the period between April 1 and June 30 of this year suggest that the inflation borne by lower-income households in said period could be reduced less intensely than that experienced by households with higher income«.

On the income agreement and the Government's refusal to include pensions. “A factor that must be considered when designing the income agreement is the incorporation of public income recipients into it. Maintaining the purchasing power of pensions raises some equity issues in the current context of loss of income. On the one hand, they justify guaranteeing purchasing power for recipients of minimum pensions; on the other hand, outside this specific group, the fact that pensioners as a whole are excluded from the adjustment necessarily entails that other agents have to assume a greater part of those costs«.

On the insufficiency of the pension reform to guarantee the sustainability of the system. “Overall, according to the available estimates, which incorporate the measures recently adopted (among others, the repeal of the Sustainability Factor and the establishment of the Intergenerational Equity Mechanism), to face the increases in pension spending that will derive from the Population aging will require new actions in the future on the side of income, expenditure or both».

On the risk of spending pensions for public accounts. “The stability of public debt in the long term requires a fiscal effort that at least offsets the expenses associated with demographic trends under the current parameters of the public pension system. If no fiscal adjustments are made in our country in the coming years, the pressures that the population aging process will entail for public spending —if the current parameters of the current pension system are maintained— would imply an increase in the ratio of public debt to the GDP”.

On tax reform and the decision between raising VAT or personal income tax. "There are potential gains, both in terms of efficiency of the tax system and equity, in giving a greater weight in income to the tax on consumption (VAT) compared to that which taxes income (personal income tax and social contributions)".

About green taxation. «The ambitious commitments that Spain has assumed in environmental matters in recent years contrast with the scarce development that environmental taxation has had in our country, and point to the need to introduce new tax measures on energy, hydrocarbons and transport» .

About caps on rental prices. “The Bill on the Right to Housing tries to reduce the difficulties of access to housing, which especially affect young people and households with lower incomes. However, some of the measures contemplated by this regulation, such as rent control, may not have the desired effect or even, in the medium term, have adverse effects.

About the current economic situation. "The information known after the publication of our projections (just a month ago) points in the absence of additional shocks to a new downward revision of growth." 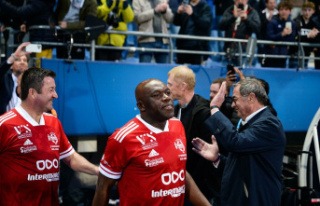