The 'Replacement': The US Far Right Ideology Behind the Racist Buffalo Massacre

"The Jews will not replace us. 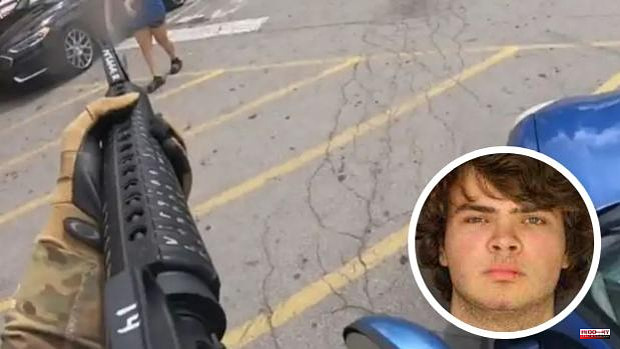 "The Jews will not replace us." That was one of the cries in the ultra marches, with Nazi symbology, that took over Charlottesville in August 2017 and that ended tragically (a woman died and about twenty people were injured when a white supremacist rammed them with his car). At that time, the idea of ​​​​replacement did not have a great presence in American society beyond racist and xenophobic forums on the Internet. In essence, it is a conspiracy theory that ensures that there is a plan -driven by liberal and Jewish elites- to end the political and cultural power of the white majority in the US through immigrants -not white, of course- and the high birth rate of racial minorities.

Five years have passed, and replacement ideology has emerged as the justification behind last weekend's racist massacre in Buffalo, New York State's second-largest city. Payton Gendron, an 18-year-old white man, drove for hours to the state's most black district, parked himself in a supermarket, and shot everyone in his path. He killed ten people and injured three others. Eleven of the victims were black.

Gendron, whom authorities are now investigating for hate crimes and for "racist-motivated extremist violence," wrote a 180-page manifesto explaining that he prepared and committed the massacre because of his belief in that idea of ​​replacement. He broke down the birth rates of immigrants and racial minorities, accused the Democrats of wanting to change the racial composition of the country to win elections, spoke of "white genocide" and pointed out as "replacers" those who "invade our land, live in our soil, they live on government subsidies and replace our people.

Gendron claimed that he became radicalized during the pandemic, out of "extreme boredom" and through internet forums, such as 4chan, the same one from which QAnon conspiracy theories spread.

The difference between what happened in 2017 and today is that this replacement ideology -which has one of its origins in the book 'The great replacement', by the ultra-nationalist French writer Renaud Camus- has gained weight in the political and media discourse of the United States. From being ideas shared in obscure and marginal forums, it is now an almost conventional conception.

Donald Trump, who said there were "good people on both sides" about neo-Nazis marching with torches in Charlottesville and confronting far-left activists in the city's streets, has often spoken of "invaders" when referring to to the waves of undocumented immigrants.

But the former president is not the one who has most agitated the idea of ​​​​the replacement. The most significant voice is probably that of Tucker Carlson, the star presenter of Fox News, with the most watched political program in the US. According to an analysis by 'The New York Times', Carlson has mentioned the ideas of the replacement 400 times since 2016. In April of last year, he defended the arrival of immigrants "from the third world" to "replace the current electorate" and "dilute the political power of the people who live here." A few months later, he accused Joe Biden of encouraging the arrival of immigrants "to change the racial composition of the country" and "reduce the political power of the people whose ancestors lived here."

But other conservative voices in the US media have also talked about the replacement, such as the late Rush Limbaugh -the most followed radio personality-, or the Fox News presenters Bill O'Reilly, Ann Coulter, Jeanine Pirro or Laura Ingraham. The latter told her audience in 2018 that Democrats "want to replace you, American voters, with newly amnestied citizens and a growing number of chain immigrants (referring to those who get their papers because of family ties)."

With the growing polarization in the US, the message has reached politics. Newt Gingrich, who was speaker of the House of Representatives and a Republican presidential candidate, has argued that the left seeks to "dilute" "classic Americans." Elise Stefanik, a Republican from New York, who has toughened her rhetoric to curry favor with Trump, said in an election ad that Democrats were seeking to "push out our current electorate and create a permanent liberal majority in Washington."

All these voices always defend that this idea of ​​replacement has nothing to do with racism, but rather it is an immigration and electoral issue. And they are quick to condemn tragedies like the one in Buffalo, or earlier ones like the massacre in El Paso (Texas) in 2019 - the attacker was going after Hispanics - or the year before in a synagogue in Pittsburgh (Pennsylvania) in which the author accused the Jews to encourage the entry of "invaders".

These clarifications and condemnations do not avoid a reality: agitating replacement theories from some of the most influential pulpits for the conservative voter -whether to excite the audience or to mobilize the electorate- contributes to turning the marginal into the conventional and to giving legitimacy to who promote racist hatred from the ideas of replacement. Also in its most radical and terrifying versions, like the one Gendron showed this weekend.

On his semi-automatic rifle, Gendron had two messages inscribed: 'nigger', a racist slur that no one utters publicly in the US; and number 14, which refers to a slogan with fourteen words -in its English version- of the replacement theory: «We must guarantee the existence of our people and a future for white children».

1 Rangers vs. Hurricanes: An Unborn Rivalry 2 Lightning vs. Panthers: The Battle of Florida 3 Blues vs. Avalanche: Rematch 4 Second round: the Avalanche are the unanimous choice 5 Oilers vs. Flames: Trench Warfare 6 Charlotte Cardin makes the headlines 7 5 things not to miss at the Cannes Film Festival 8 More than 130 executives appointed by Quebec earn... 9 Milk: Washington threatens Canada with trade retaliation 10 Quebec almost “the laughing stock of the planet”... 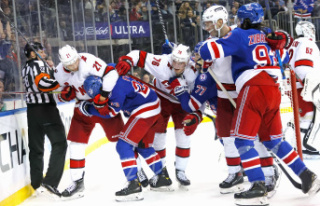 Rangers vs. Hurricanes: An Unborn Rivalry