RIMOUSKI | Before leaving for Rimouski, Patrick Roy had mentioned hoping that one of his two goalkeepers would force his hand. 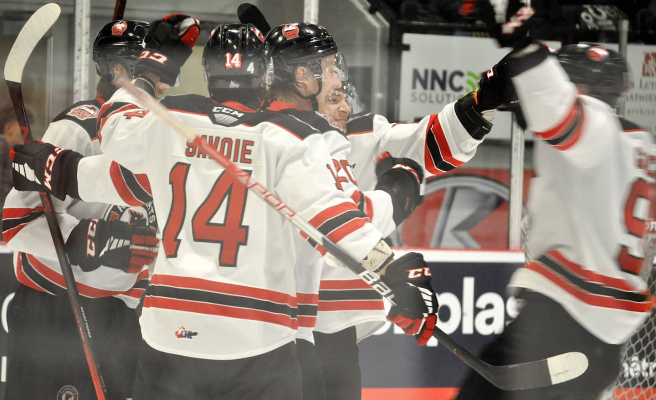 RIMOUSKI | Before leaving for Rimouski, Patrick Roy had mentioned hoping that one of his two goalkeepers would force his hand. Friday, William Rousseau took a step in this direction since his brilliance allowed the Remparts to access the semi-finals thanks to a 5-2 victory over the Rimouski Océanic in the fourth game of the quarter-final series. .

Rousseau was particularly sparkling in the first period, dominated by an Océanic who had no intention of seeing his season end. Despite everything, the Red Devils were able to retire to the locker room with a deficit of only 1-0, after a beautiful goal from William Dumoulin.

“I relied on my positioning in the first period and I kept it simple, added Rousseau. I put myself in front of the puck as much as possible and I gave no feedback. I was in control of the game."

This confidence, Rousseau believes that it comes among other things from the fact that he had also played match no. 3, Thursday.

“I am a goalkeeper who likes consistency. I played yesterday and today, in first, I saw the puck. It was like a beach ball."

Once again, the match was much tighter than the score indicated. After a difficult first period, the Remparts struck quickly at the start of the second – from the 36th second – thanks to James Malatesta.

“We had a really ordinary first period, recognized Théo Rochette. After the period, we talked to each other, we didn't want a match no. 5 so we really came out strong in the second and from there we had the momentum.”

Patrick Roy was one of those who spoke in the locker room.

“A lot of times Larry Robinson would walk into the locker room when we played in Boston and he would say if we can weather the storm and just trail by one goal, we can get the game.”

After Malatesta's goal, Viljami Marjala gave the Remparts the lead before the end of the second, then Louis Crevier hurt the Océanic after just 15 seconds into the third period of a lead that made it 3-1 Quebec.

“These are series goals. These are never big scores and every goal hurts. At the start of the period, it can calm the crowd down a bit since it's very noisy here,” admitted Crevier.

Théo Rochette arrived at the bench of the Remparts a few minutes after the start of the match, injured who knows where. The latter, like Patrick Roy, left the mystery hanging over the meeting.

“He had a skating problem. A skate is always more difficult.”

One thing is certain, Rochette, her "skate problem" and her line were not as dominant as usual against Rimouski. Which doesn't worry Roy too much.

"I trust that it will be them who will make the difference in the next series, that's how to see it," he mentioned.

The Remparts will meet the Shawinigan Cataractes in the semi-finals. The series will begin next Wednesday at the Videotron Center.

1 Biden and Yoon discuss security amid North Korean... 2 Carnal and charming, pop star Harry Styles returns... 3 Ray-Mont Logistiques: campaign of fear against bosses 4 No big resignation, but a lot of discontent among... 5 Rolls-Royce: Workers want their share of surge in... 6 Maritime industry: technologies, a lifeline 7 Grocery: the deals of the week 8 Maritime industry: the next generation, a big pitfall 9 The question of the disclosure of the amount of the... 10 Maritime industry: a large pool of positions at more... 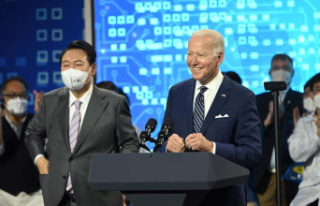