The Government of Castilla-La Mancha is finalizing the implementation of a new Vocational Training program for Dual Employment, the so-called mixed programs that combine training and direct work experience through the Sectorial Line, aimed at training and qualifying people women workers in sectors declared strategic for the regional economy, such as logistics. 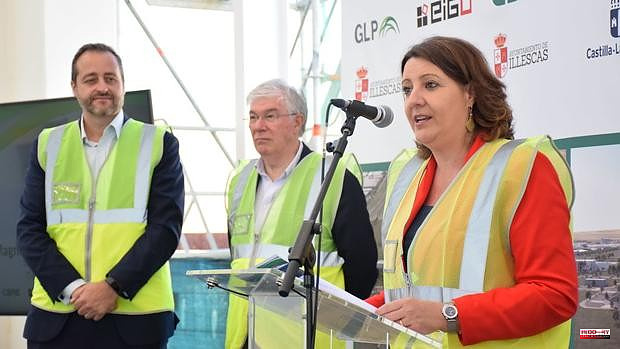 The Government of Castilla-La Mancha is finalizing the implementation of a new Vocational Training program for Dual Employment, the so-called mixed programs that combine training and direct work experience through the Sectorial Line, aimed at training and qualifying people women workers in sectors declared strategic for the regional economy, such as logistics.

This has been advanced by the Minister of Economy, Business and Employment, Patricia Franco, during her visit this Thursday to the works of the LPG 'Magna Park Tauro' project in Illescas, where she highlighted that the logistics sector in the region grew in wages and investment in the year 2020, closing that consolidated year with a turnover that was close to 4,000 million euros in Castilla-La Mancha.

The Minister has visited the works of the first phase of this project. It constitutes a commitment by the LPG group in collaboration with Alteba, Eigo and CBR with the construction and adaptation of the Polígono Cárcavas II and with the commercialization of the first ship, which will be operational in the month of September with more than 35,000 square meters, within a global initiative that will locate in Illescas the main sustainable logistics park in the country, with more than 180,000 square meters available to the sector. In addition to its magnitude, one of the most outstanding aspects of the project is precisely the ability to convert a disused industrial space into a sustainable and technological logistics center.

In this framework, Patricia Franco thanked the companies that develop the project hand in hand for their trust in Illescas and Castilla-La Mancha to consolidate the town of La Sagra and the region "as the main logistics and transport hub in the country , the green industrial epicenter of Spain» and has valued that the initiative is being developed at a complex time due to international instability and that the first phase is going to start and the commercialization of the first phase.

"We are in this together with the companies and with the City Council of Illescas", pointed out the minister, who stated that the regional government, in this area, "shares the same book as the City Council and that the private initiative for the promotion of our region.

Patricia Franco has highlighted in this sense the growth and expansion of the logistics sector in the region, one of the strategic activities for the economy of Castilla-La Mancha. “It is by Law. Specifically, by Law 5/2020 on Priority Projects that identifies the 14 strategic sectors for our economic growth; and logistics is one of them", said the minister, who pointed out that this law "is a firm commitment to the sector". And that commitment is paying off. "Currently there are more than 46,000 people directly employed in the logistics sector in Castilla-La Mancha, more than 13,000 more than there were when we arrived at the Government of Castilla-La Mancha" Patricia Franco highlighted, and has valued that, since In 2015, employment in the sector has grown by 39 percent.

The counselor has also made reference to the data of the Structural Statistics of Companies referring to the logistics sector that have been known this Thursday, corresponding to 2020, the last consolidated year. "These statistics raise the turnover to nearly 4,000 million euros in the region for the logistics sector in a difficult year, in which wage payments also increased to 834.2 million euros, and investment grew. in tangible assets 13 percent, standing above 257 million euros", explained Patricia Franco, "a growth in investment that is very outstanding for circumstances such as those that marked the year 2020".

To continue propping up these figures, the Minister has committed the work of the Government of Castilla-La Mancha in support of the sector, which will also translate into the effort to respond to their workforce needs. Thus, she recalled that ten days ago the Qualifications System Sectoral Conference was held, with a distribution of nearly 50 million euros for Vocational Training for Employment in the region from the Ministry of Education.

“Today we have published in the DOCM the Basic Order of Vocational Training programs for Employment for employed and unemployed people, and we are preparing the Order of mixed programs that will include in the dual offer a sectoral program aimed at sectors of our region, so that they can train and hire throughout the year the people they need to cover their labor needs, sectors that include logistics", said Patricia Franco.

1 Talavera and the Provincial Firefighters Consortium... 2 Anti-corruption requires Calviño the aid received... 3 Escrivá saves the public pension fund with almost... 4 The Rolex Giraglia begins in Saint-Tropez 5 Historical lesson of the Belgrade Partizan to its... 6 The European Sailing Brotherhood presents the Oceanic... 7 Karius says goodbye to the goal of his nightmares 8 Llop responds six months later to the reinforcements... 9 Good perfume in a small bottle 10 Inés Guillén, from Castile-La Mancha, new president... 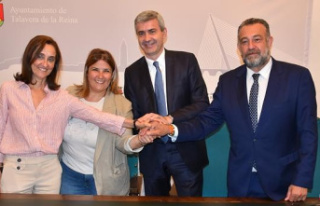 Talavera and the Provincial Firefighters Consortium...