The brilliant appearance of the sports figure of Carlos Alcaraz has led to a war between brands to sponsor the new phenomenon of men's tennis. 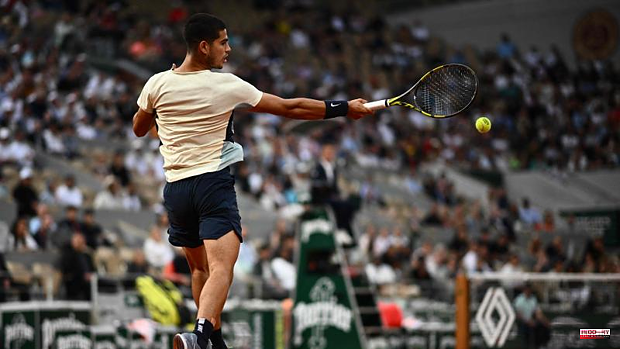 The brilliant appearance of the sports figure of Carlos Alcaraz has led to a war between brands to sponsor the new phenomenon of men's tennis. Isdin, Nike, Rolex or Babolat have already signed contracts with the tennis player and many other companies are transferring their interest so that Alcaraz becomes their publicity claim. The race to sign the athlete is running against the clock: the brands are interested in accompanying him for as many years as possible in his professional career and, above all, before he continues to triumph on the courts and raises his cache even more in terms of monetary.

The return for companies is high due to the reliability that this type of campaign awakens in consumers.

According to a Nielsen study on trust in advertising in 2021, 81% of respondents trust completely or to some extent in brand sponsorships in sporting events. Globally, sponsorships produced a 10% increase in consumer purchase intent, according to data from the consultancy. Against this backdrop, sponsorship spend at the start of 2021 was up 107% compared to the same period at the start of 2020, and advertising budgets continued to rise throughout the year.

For this reason, these companies look to Carlitos, as he is known in his family circle, for values ​​that reach the public, such as effort, discipline, and achievement orientation, but also closeness, humility, and even passion. . According to Goretti Cabaleiro, a professor at the Faculty of Economics at the University of Navarra, sponsorships transfer the values ​​of a personality to that specific brand. "Companies want to have young personalities to project an up-to-date image and also to accompany the professional throughout his or her career," Cabaleiro points out.

Tennis especially attracts premium brands. “It is an elegant and aspirational sport because it has connotations of exclusivity. That is why attracting hotel companies, airlines or banks, among others, "says Cabaleiro. In addition, the Unav professor emphasizes that companies have to make an extra effort in this sector to attract a young audience: «Tennis is a little practiced sport because it is individual and its difficult accessibility. Therefore, it is more difficult to get followers.

Maira Barcellos, Country Leader - Measurement - in Spain and Portugal at Nielsen, agrees with these arguments and confirms a "significant" growth in volumes of investment by brands in athletes or in sports influencers. "Brands want to grow alongside the athlete," says Barcellos. "The key is not only in choosing the 'influencer' that best fits the company, but also in projecting a social benefit with a value purpose," she adds.

For her part, Ana Belén Perdigones, director of the Master in Sports Marketing at ESIC, focuses on the importance of Alcaraz building a firm and consolidated brand image. “You have to choose the campaigns and sponsors with which you associate well so as not to distort your image and be consistent with the values ​​you want to defend,” Perdigones argues.

To take care of this aspect, the ESIC expert emphasizes the importance of Alcaraz surrounding himself with a team that helps him build his personal brand. "You must have two training teams: one inside the field and another outside it that is in charge of associating your image correctly with the corresponding events and brands," she abounds. This team includes professional profiles such as specialists in personal branding, a manager, communicators and even agencies specialized in sports marketing. Currently, Alcaraz has his manager, Albert Molina, from the American multinational IMG.

When asked if Alcaraz is the new Rafa Nadal as far as advertising hook is concerned, Perdigones points out that the new tennis phenomenon still has a long way to go to catch up with Manacor. "Nadal has capitalized very well on his brand image and has built a business vision around him and the sport itself," he says. In this sense, the ESIC teacher considers that if Carlos takes the "correct steps", he will be able to achieve this goal. "In any case, his brand image is still very incipient," she warns.

1 Think with your hands, eyes and ears 2 The PSC now conditions the approval of the decree... 3 Feijóo makes his first visit to the region as president... 4 Confirmed the first case of monkeypox in Aragon and... 5 Confirmed in the Basque Country the first two infections... 6 They investigate a nursing home in Puebla de Sanabria... 7 Night schedules of the Valencia Metro and free service... 8 Mercadona bets on the expansion of internet sales... 9 Club Conecta analyzes with Emilio Ontiveros the challenges... 10 The Celtics, one step away from the NBA Finals 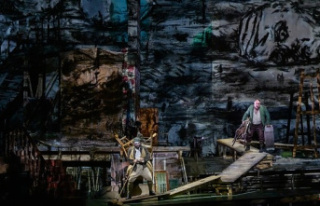 Think with your hands, eyes and ears