The Pyrenees is dying: more than half of its glaciers have already disappeared

2020 has been the warmest year in the Pyrenees in the last 62 years and the annual temperature has increased by an average of 1. 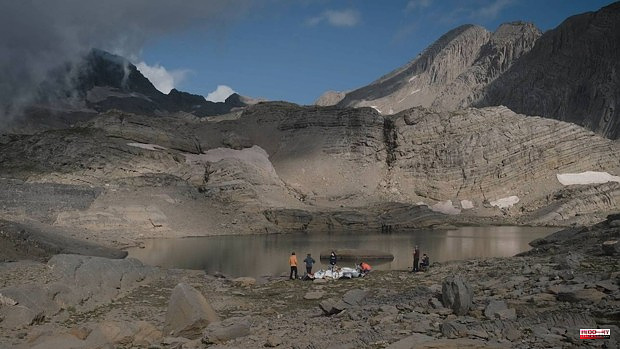 2020 has been the warmest year in the Pyrenees in the last 62 years and the annual temperature has increased by an average of 1.6 degrees since 1959. This is the worrying situation described in the ADAPYR Project report, prepared by the Pyrenean Observatory of Climate Change, which was presented this Thursday in Bilbao.

"Climate change has already caused losses with an irreversible impact," acknowledged Eva García-Balaguer, coordinator of the observatory. And it is that, to the increase in temperature, there is a significant reduction in the level of precipitation. On average, it rains 8% less than in the 1960s, a percentage that rises to 18% if we look at the southern slopes of the mountain range.

Experts assure that, at this rate, the accumulation of snow below 1,500 meters could be reduced by 78%.

"The data is alarming," warned Mikel Antón, director of European Affairs of the Basque Government and general secretary of the Pyrenees Work Community (CTP). So are the consequences that can already be seen with the naked eye. Since 1983, more than half of the glaciers that housed the Pyrenees have disappeared. Currently, there are barely 20 active and all of them are in a "delicate state of equilibrium".

The most paradigmatic case is the Aneto, located in the province of Huesca and probably the best known glacier by mountain fans. In the last three decades it has lost more than half of its extension. In the same way, the volume of ice in the Cotiella ice cave, also in Aragon, has decreased by 20%, while the temperature of the ice inside is increasing year after year.

It is a direct consequence of warmer summers that are lengthening year after year. In the last four years, experts have detected that the start of the melting date has been coming forward and there are fewer and fewer days in which the lakes remain covered with ice. They also warn that peat bogs, wetlands of high ecological value that currently act as carbon sinks, could go from being CO2 collectors to emitting this gas.

To try to stop the situation, because reversing it is, say the experts gathered in Bilbao, it is "impossible", the seven territories of the Pyrenees (Aragon, Navarra, Catalonia, the Basque Country, Andorra and the French regions of Nouvelle Aquitanie and Occitanie) will launch the first cross-border climate change adaptation strategy in Europe. It is a "unique in Europe" approach that translates into a document that includes 38 guidelines and 72 direct actions.

"We must look for solutions based on nature," warned García-Balaguer, who advocates intervening in the environment to "enhance the value that nature has." Only in this way will they achieve the goal they have set: to make the Pyrenees a "resilient" territory in 2050.

1 A therapy designed in the Basque Country, the new... 2 Greenalia will supply 45% of the energy to Alcoa with... 3 The Bizkaia tournament will open the summer of baseball 4 Dolz blames Cs for "the loss of 1.9 million"... 5 Coroner Kamel presents her report on deaths in CHSLDs 6 CCOO wants to end LGTBIphobia in companies in Castilla-La... 7 The Prosecutor's Office requests the internment... 8 Justice forces Carmela Silva to convene a plenary... 9 The Provincial Council will contribute to the transformation... 10 On Saturday the music returns to the Templete de la... 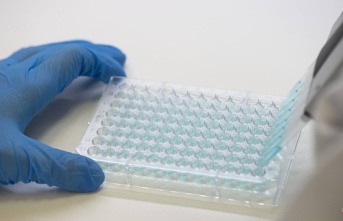 A therapy designed in the Basque Country, the new...