The 'punctures' to a network that exploited immigrants: "The girl will not be free in a month, then we'll see"

A Lugo judge is investigating the owner of a home care and dependents services company for allegedly exploiting dozens of immigrants of Latin American origin, most of them women. 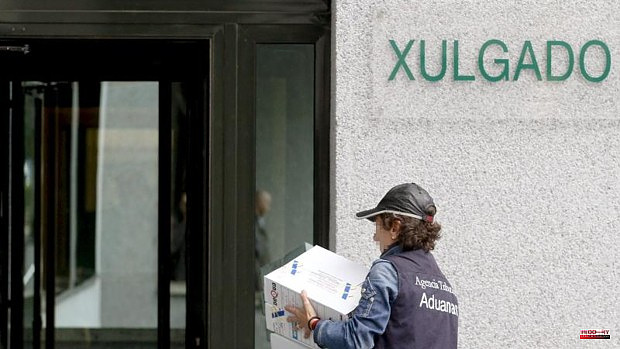 A Lugo judge is investigating the owner of a home care and dependents services company for allegedly exploiting dozens of immigrants of Latin American origin, most of them women. The investigation reveals that women received, always in envelopes, salaries well below the usual despite facing marathon days, sometimes without rest from Monday to Sunday. The telephone 'pricks', to whose transcript ABC has had access, confirm that Montserrat L., representative and manager of Asistencia Castroverde -based in the Lugo municipality of the same name-, maneuvered to hide from their clients that they were hiring the services of people in an irregular situation in Spain, mostly Latin women.

There are several intervened calls that point in this direction.

But more evidence emerges from that conversation than these maneuvers to hide the irregular situation of the victims. Montserrat L. also tells the girl that her client had told her that the worker had a three-year-old boy, showing her his doubts about whether the employee would have to have drafts. The victim assured Montserrat L. that she was not going to get off the hook: "If I commit, I commit." And the investigated businesswoman replies: «I already told you that, don't worry (...) that the girl will not be free for at least a month, then... we'll talk. And if she wants to free, I send someone else. But they were all alarmed, because you said you had been here a month, do you understand?». And the businesswoman insists on Orense's alibi, when the victim hesitates vocalizing the name of the city, a sign that she possibly did not even know of its existence: «Orense, yes, Orense (...) is another province here, so you tell him like this (...) and that's it (...) Galicia has four provinces, La Coruña, Lugo, Orense and Pontevedra. Well, in Orense, okay? ”, The investigated businesswoman insists ad nauseam.

The investigation of the case, which began in early December 2019 – a few days before the previously reproduced telephone 'prick' – has been commissioned by agents of the Lugo Civil Guard command under the Investigation Court number 3 of this city. In addition to Montserrat L., four other people are accused in the case, as alleged collaborators. And it is that, as the reports of the Armed Institute collect, to 'employ' these women in an irregular situation in private homes in the province of Lugo, the main investigated used "third parties" to capture the victims and pay them " wages presumably lower than those received (...), without completing the relevant legal procedures and taking advantage of their situation of vulnerability, economic need and irregular stay".

As explained to this newspaper by the Superior Court of Justice of Galicia (TSXG), the five investigated have already testified before the investigating judge and, in principle, no further appearances are expected. Despite this, the investigation remains open because there are still some procedures to be carried out. Several of the workers have also appeared before the judge, although the total number of victims – as the TSXG clarifies – is “unspecified”. Judicial sources allude to the fear of people in an irregular situation to denounce these situations of exploitation. Despite the lack of definitive data, the main researcher, in some of the intervened conversations, gives an idea of ​​the number of victims who could have suffered the exploitation of this plot. "Today we have more than 70 interns and they don't have a car license," explains the businesswoman to a client who asks about logistical mobility issues. In another call, she says that she has "76 inmates, all foreigners." However, the alleged victims are not only women. The investigated herself tells her interlocutor: “We also have five inmates. I tell you in case you have to force yourself, or whatever, there is no problem in that ».

The women received their –low– salaries in envelopes. "Hello, Montse, Martina has just come to leave me the envelope and it is complete," explains, for example, one of the women to Montserrat L. in an exchange of WhatsApp messages, in which, in addition, she even attached a photograph of the on. For all this, the ringleader of the plot had the collaboration, above all, of a worker from a bar in Lugo, who was in charge of delivering the envelopes to said establishment. In addition, in some conversations intercepted by the Civil Guard, Montserrat L. asked the clients who hired the caregivers to avoid bank deposits.

1 The 'Forgotten Battle' returns to Abánades... 2 At least one dead and two injured in a shooting at... 3 The nine Spartans of Albacete Basket 4 The city council approves the creation of the first... 5 Alcalá de Henares reforms the Renfe station, which... 6 Pride Madrid 2022: The massive march returns with... 7 The Canal Theaters present their season for 'omnivores' 8 Spanish trainers, the fashion school 9 Cristiano moves away from the spotlights 10 Almadraba bluefin tuna: how to distinguish, cut and... 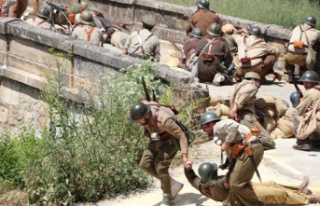 The 'Forgotten Battle' returns to Abánades...