The Socialist Group will request the disapproval of the Vice President of the Board, Juan García-Gallardo, by the plenary session of the Cortes de Castilla y León, scheduled for next week, for "his humiliating treatment" and "lack of respect" with which he addressed the attorney Noelia Frutos. 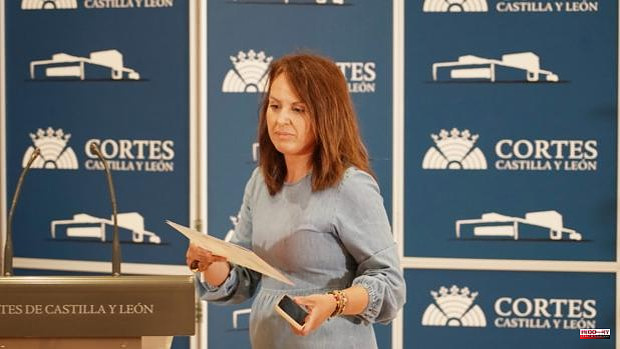 The Socialist Group will request the disapproval of the Vice President of the Board, Juan García-Gallardo, by the plenary session of the Cortes de Castilla y León, scheduled for next week, for "his humiliating treatment" and "lack of respect" with which he addressed the attorney Noelia Frutos.

This is reflected in the resolution proposal that will be debated and voted on in the next plenary session of the Chamber, advanced this Thursday after the meeting of the Board of Spokespersons of the Cortes by the socialist deputy spokesperson, Patricia Gómez, who has branded "disrespectful words" the way García-Gallardo responded to Noelia Frutos.

In the first plenary session of control of the Government of the current legislature, held on May 24, the vice president of the Junta de Castilla y León, in response to a question from the attorney for the Socialist Group, Noelia Frutos, in which He asked her not to answer him "condescendingly", he addressed her in the following terms: "I will answer you as if you were a person like all the others".

The question from Noelia Frutos, who uses a wheelchair due to a disability, had its origin in an intervention by García-Gallardo in a forum in Madrid in relation to the fact that women do not need quotas or be treated as if they were disabled. “How should women with disabilities be treated?” asked the socialist.

«This disrespectful comment, by the representative of a democratic government towards a woman, towards a parliamentarian, is completely inadmissible in any forum and in any area, but even more so if it occurs in the home of all Castilian and Leonese and of all Castilians and Leonese, and for whom, let us not forget, represents the Government of Castile and León”, argues the Socialist Group in its resolution proposal collected by Ical.

The Chairman of the Board, Alfonso Fernández Mañueco, and the Executive's spokesman, Carlos Fernández Carriedo, apologized and apologized if any person or group felt "annoyed" or "offended" by the words of García-Gallardo, who, For his part, he reaffirmed himself in his demonstrations and assured that there was nothing to "apologize" for.

1 The Mossos denounce the inaction of the Interior in... 2 Caxton College stimulates art in its classrooms with... 3 The Generalitat tightens the protocols to ensure that... 4 Castilla-La Mancha is equipped with an "ambitious"... 5 The 'beaches' of Madrid Río are operational... 6 Eurocaja Rural and Toledo taxi drivers renew their... 7 The mayor of Alicante guarantees that the mascletás... 8 The Basque Country breaks its record of contributors 9 The engineer Óscar Villenueva, new Deputy Minister... 10 These are the new luxury stores of Galerías Canalejas,... 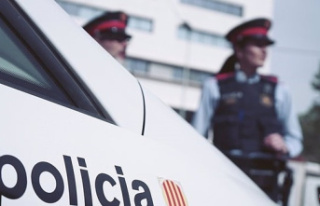 The Mossos denounce the inaction of the Interior in...