This year the Cortes of Castilla y León will not light up with the rainbow flag on the occasion of Pride Day as has been customary in past legislatures. 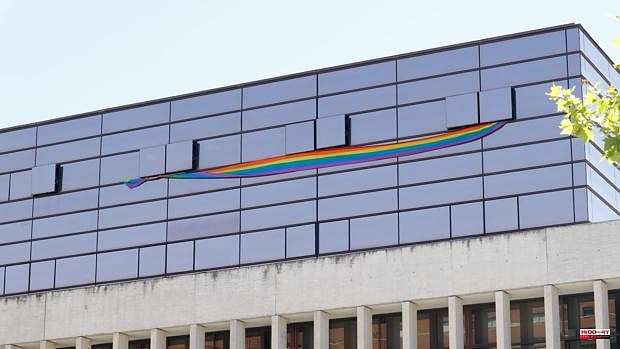 This year the Cortes of Castilla y León will not light up with the rainbow flag on the occasion of Pride Day as has been customary in past legislatures. Faced with the refusal of the Presidency of the institution, in the hands of Vox, which breaks with 'tradition', from the PSOE they have wanted to 'color' the regional Parliament building with its windows and this Monday they have proceeded to place LGTBI flags in its offices, visible from the street.

"Whoever insists, the Courts are going to have a flag today," said the leader of the opposition, the socialist Luis Tudanca, before proceeding to hang the banners, who regretted that the decision of the President of the Courts, Carlos Pollán , of not lighting the facade is "another of the setbacks" that in his opinion introduces the arrival of Vox to the institutions.

Thus, the socialist plant of the Cortes "defends the colors of diversity", as it also does "with other just causes" throughout the year, Tudanca concluded.

On the other hand, the president of the Cortes, Carlos Pollán, sent a letter last week in response to the Triángulo Foundation's request to illuminate the headquarters of the regional Parliament with the colors of the LGTBI flag. In it, he supports his denial that the illuminations of the headquarters are intended to "make visible the causes of the most disadvantaged and vulnerable in today's society."

"However, the group of people whom you claim to represent, fortunately, are not under the above circumstances," writes Carlos Pollán in the letter addressed to the president of Fundación Triángulo Castilla y León, Yolanda Rodríguez. “Its foundation, on the other hand, has proceeded to make disqualifications about some of the parties that make up this chamber and, therefore, asks that they understand that the Cortes of Castilla y León are not going to make political or partisan use of the policy of illuminations", added the president.

Yolanda Rodríguez considers that this is the "maximum evidence" that the entry of the "extreme right in parliaments does pose a real threat to the people of the group."

The association has called a rally this Monday, June 27, starting at 10:30 p.m. to illuminate the Parliament building with flashlights, collects Ical.

1 Toledo City Council displays the rainbow flag to express... 2 Runners will have a discount to travel with Renfe... 3 Aspace demands a comprehensive plan so that people... 4 ETA victims demand from Congress that there is no... 5 A large-scale cocaine trafficking criminal organization... 6 The court agrees to stop the 'puncture'... 7 Virologist Luis Enjuanes warns of a 99% loss in the... 8 Toledo doctor David Dylan publishes 'In the silence... 9 CSIF affirms that 600 educational and sign language... 10 The new express reform to get control of the TC lands... 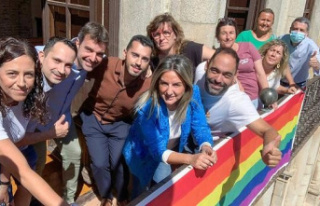