The PSOE avoided two weeks ago, with the votes of the PP, Vox and Ciudadanos, the creation of an investigation commission on the Pegasus case. 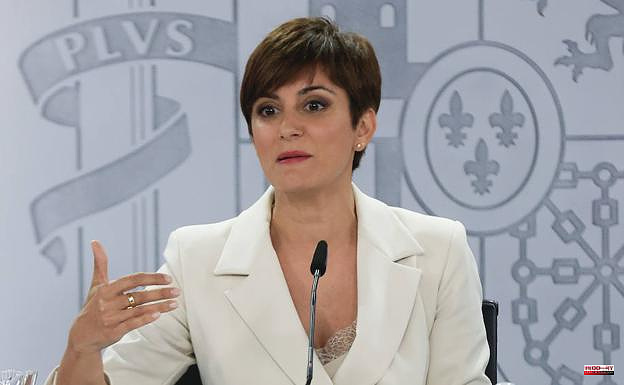 The PSOE avoided two weeks ago, with the votes of the PP, Vox and Ciudadanos, the creation of an investigation commission on the Pegasus case. Now he does not rule out taking advantage of the second attempt by most of his parliamentary allies, in addition to Junts and the CUP, to take pressure off himself and focus the debate on the corruption of the PP. The socialist spokesman in Congress, Héctor Gómez, pointed out on Tuesday that the decision to support or not the new initiative registered last Thursday will be taken next week, when the matter reaches the meeting of the Board of Spokespersons.

The dismissal, on the 10th, of the director of the CNI, Paz Esteban, helped to partially reduce the warnings issued by the members of the Executive about the future of the legislature following the publication of a report by the group of experts from the University of Toronto Citizen Lab on the espionage of more than sixty pro-independence politicians, activists, lawyers and journalists with the Israeli 'malware' 'Pegasus'. But it hasn't completely drowned them out. Forces such as ERC, and also United We Can, a minority government party, continue to demand "transparency."

The new request for a commission of investigation, qualified this Tuesday by the Table of Congress, offers the Socialists an advantage over the one that fell with the right-wing parties and that is, unlike that one, it does not specifically point to the Government. Despite referring to scandals carried out in the past by the PSOE, such as the GAL, he directs his attention, in general, to the "sewers" of the State, to elements that operate from the institutions but outside of them.

United We Can - which has played an active role in demanding accountability for espionage, to the point of being the first formation to ask for "heads to roll" and to target Defense Minister Margarita Robles - always pointed out to the possibility that, after the wiretapping revealed by Citizen Lab in 'The New Yorker', there were "uncontrolled" agents linked to the PP within the State security forces and bodies; a thesis that allows justifying his permanence in the Executive despite the resounding denunciation of the "scandal".

The fact that in the official secrets commission, convened 'ex profeso' on May 5 to try to calm the waters, the director of the CNI only admitted the infiltration of the telephones of eighteen independentistas, among them the current president of the Generalitat, Pere Aragonès, served to give fuel to that speech that, in a certain way, also offers a way out for the PSOE. Sources from United We Can admit that although they were weighing whether or not to put their signature on the second commission request, they ended up doing it with that intention, after polishing some attacks on the Socialists.

The PSOE has now found ammunition to attack the popular in the publication, by 'El País', of some recordings of the former commissioner Villarejo and the former general secretary of the PP María Dolores de Cospedal about the papers of Luis Bárcenas. The spokesman for the executive, Felipe Sicilia, already pointed out on Monday the possibility of presenting new parliamentary or judicial initiatives on the 'Kitchen case', but the investigation commission of his partners could serve for Pedro Sánchez to kill two birds of one shot.

The decision, in any case, has not yet been made. Government sources corroborate that the matter is "undefined" and in the direction of the parliamentary group they clarify that "right now" they do not contemplate supporting the request from which the PNV has only distanced itself, among its allies. But from the party they corroborate that the possibility is on the table. What it is about is settling the crisis of the 'Pegasus case' without leaving more hairs in the cat flap.

On Thursday of next week, Sánchez's appearance in Congress is scheduled to address the issue of espionage, not only to the independence movement, but to the Government itself. A request that, in addition to the parliamentary allies, also promoted the PP. The head of the Executive must also close the meeting that he promised to hold with Aragonès to try to calm things down. For now, in any case, not even an indicative date is offered.

1 The judge of the 'mask case' cites Almeida's... 2 The Cannes Film Festival opens with an intervention... 3 Summary of More beautiful life episode 4542 of May... 4 The most chosen baby names by the Castilian and Leonese,... 5 The Public Prosecutor's Office considers the... 6 Cirque du Soleil returns to Alicante with «Luzia»... 7 20 million year old dolphin species identified in... 8 Paddocks: a situation that worries the opposition 9 Barça starts the exit operation 10 Laporta: "It will never happen again that with... 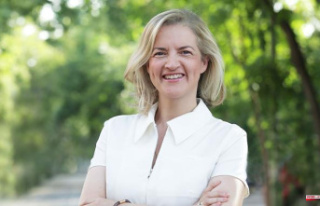 The judge of the 'mask case' cites Almeida's...