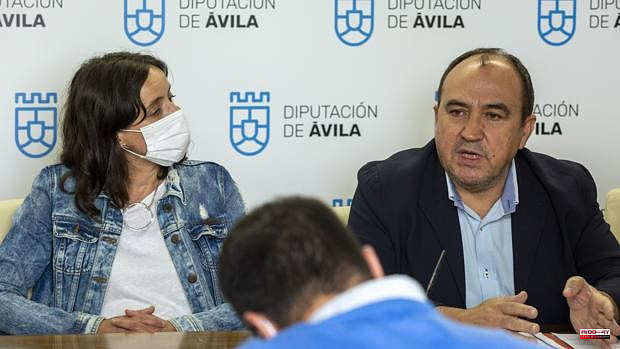 The Federal Executive Commission of the PSOE ratifies the proposal of the Provincial Executive Commission to expel from the party in Ávila five of its eight representatives in the Provincial Council, Pedro Muñoz, Leticia Sánchez, Roberto Aparicio, Silvia Llamas and Visitación Pérez. This comes after a disciplinary file is opened for not complying with the decision to replace the spokesperson in the provincial institution, after the Primary process that culminated with the Provincial Congress. In addition, after the resolution of the file, a sixth provincial deputy of the Socialist Group, José Martín, would cease to belong to it, although he is not expelled from the formation as he has independent status.

This decision was known hours before the plenary session of the Diputación was held this Monday, in which the meeting that the Socialist Group had previously called in this institution was also known and in which the expulsion of the group of the two deputies who are still members of the PSOE of Ávila, María Ángeles García and Raúl Blanco, justifying said measure in the autonomous regulations.

Precisely, María Ángeles García took the floor in the plenary session of the Provincial Council to defend her "legitimacy" and that of her colleague Raúl Blanco in terms of "full right membership in the Group of PSOE deputies in the provincial institution" when being "The only ones belonging to the political group for which we participated in the municipal elections of May 24, 2019."

Along these lines, he requested the secretary of the corporation to issue a report by the collegiate body for these purposes in which a solution to this controversy is given within the Socialist Group in the provincial institution.

Also the until now socialist spokesman in the institution, Pedro Muñoz, intervened to inform the Plenary that in the previous meeting the expulsion of María Ángeles García and Raúl Blanco had been approved, with six favorable votes. He also referred to the "unjust expulsion" of the PSOE to which, as he pointed out, six deputies from said group had been the object.

After the plenary session, which was attended by the Secretary of Organization of the PSOE, Yolanda Vázquez; the deputy and member of the Provincial Executive Manuel Arribas and the coordinator of the PSOE groups in the different institutions, Juan Carlos Montero, outside the headquarters of the Diputación, Yolanda Vázquez wanted to make it clear that the file that concluded last Friday with the expulsion from the party of the five provincial deputies that "has been processed with all legal observance" and added that "as of their notification, they cease to be full members of the PSOE and that is reflected in the paper that they have to play in the institutions”, so “the Socialist Group is made up of María Ángeles García and Raúl Blanco since that resolution”.

1 Rudy Giuliani, Trump's lawyer, is attacked in... 2 At least ten dead and more than 250 injured by a toxic... 3 Tiptoeing through the NATO Summit: The black olive,... 4 High mountain chefs meet in Andorra 5 Òmnium's lawsuit admitted for espionage with... 6 The Plaza Mayor, another 'NATO zone': the... 7 Cristóbal Bargueño de la Plaza, first permanent... 8 The Saxem Festival begins the cultural summer at the... 9 These are the cheapest hours of electricity this Tuesday 10 Agrarian organizations support the anti-crisis decree... 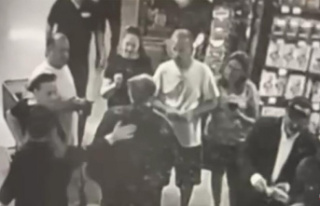