The PSOE doubts that Feijóo is really willing to remove "disabled" from the Constitution: "They have no will"

The leader of the PP, Alberto Núñez Feijóo, has shown himself willing this Thursday to modify article 49 of the Constitution so that the term “disabled” disappears, as the PSOE already had. 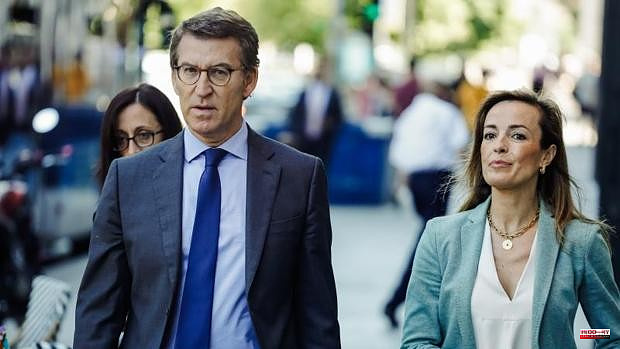 The leader of the PP, Alberto Núñez Feijóo, has shown himself willing this Thursday to modify article 49 of the Constitution so that the term “disabled” disappears, as the PSOE already had. But the leader of the popular has put a condition to the favorable vote of his party: that disability not be used "in a tortuous way to open the melon of constitutional reform."

Feijóo has proposed a pact between the PP and the PSOE that addresses this issue and has offered other formations to adhere to the initiative, but has stressed that the referendum "must be avoided". These have been the words of Feijóo after meeting with members of the Spanish Committee of Representatives of Persons with Disabilities (CERMI) in a delegation headed by its president, Luis Cayo Pérez Bueno.

Accompanying the president of the popular, his head of Social Policies, Carmen Navarro, has also attended.

After this meeting Alberto Núñez Feijóo has thus extended, once again, the glove for the Socialists to pick it up. That is why he has proposed to set up a work table before July in which his training, the PSOE and the Spanish Committee of Representatives of People with Disabilities (Cermi) are present to "advance the final text" of the reform of article 49 and in this way «discard» the term 'disabled' from the Magna Carta to replace it with: 'person with a disability'.

But from the PSOE they distrust, again, the words of the leader of the popular, as was transmitted this Thursday by the spokesman for the Socialist Group in Congress, Héctor Gómez, who has questioned Feijóo's words. "They always trip up to reach any agreement, they have no will," he said during the press conference.

Gómez thus responded, in the corridors of Congress, to Núñez Feijóo's statements in which he was open to supporting this constitutional amendment but on the condition that it not serve as an excuse to open up the possibility of other possible changes in the Magna Carta.

The socialist spokesman has recalled that the PP, whose votes are essential to make this reform a reality, has always been opposed to that change -it came to present a complete amendment in Congress, like Vox-. "Welcome to sanity," Gómez ironized in reference to Feijóo.

Despite the offer of the popular Héctor Gómez, he has questioned his true will to change that article and has reminded Feijóo that the reform has "no other intention" than what his text includes, without interest in going further. «But the PP always trips up and makes difficulties for any type of agreement; they have no will », he criticized.

1 Organic farming "will be the banner of the new... 2 «One in seven or eight men will suffer from prostate... 3 Mazón supports the Albatera breva in achieving the... 4 A worker dies after falling into a manhole on a farm... 5 Blow to the Trinitarians of Tarragona who were closely... 6 A Saharawi minister asserts that Algeria has already... 7 Vox launches a parliamentary offensive against Pedro... 8 The Prosecutor's Office points to Mónica Oltra... 9 The Diputación de Alicante will acquire an emblematic... 10 South African President grilled by Parliament about... 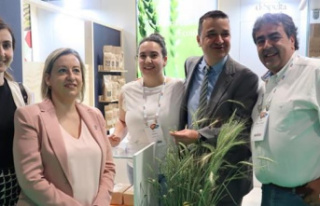 Organic farming "will be the banner of the new...