The agreements that the PSOE has been forging to carry out the Democratic Memory Law hand in hand with the independence movement and the political heirs of ETA have been consummated this Tuesday in Congress. 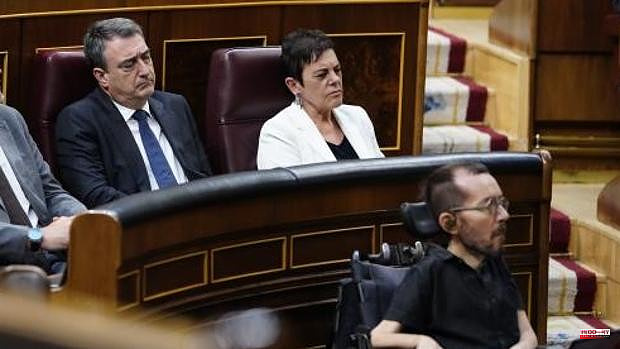 The agreements that the PSOE has been forging to carry out the Democratic Memory Law hand in hand with the independence movement and the political heirs of ETA have been consummated this Tuesday in Congress. It was time to vote on the text in the Constitutional Commission of the Chamber and those alliances were certified. The PSOE joined its votes with those of its government partners of United We Can, the abertzales of Bildu and the sovereignists of the PNV, an arithmetic that was completed with the abstention of the Catalan separatists of Esquerra Republicana (ERC). Opposite, the votes against the PP, Vox and Ciudadanos, in the minority.

The controversial Law of Memory thus overcomes this parliamentary process, an intermediate step in its journey towards approval in plenary session and its consequent entry into force.

The PSOE's concessions to Bildu have had an effect to consummate their vote in favor of this law, in which the political heirs of ETA become conditioning actors of the legislated democratic memory.

Among other concessions, the new legal text admits that there were victims of human rights violations until 1983, when the Constitution had already been in force for five years. In this way, the abertzales manage to focus on the GAL, the so-called 'dirty war' against ETA that took place during the first years of the Government of Felipe González. And it also pays for the discourse that terrorists and their orbits used for years to legitimize violence.

This law, which represents a deepening of the 2007 Historical Memory Law, was approved in the Council of Ministers almost a year ago and taken into consideration by Congress in October 2021, but two months later it was put in 'the fridge' when The Government does not see enough support to carry it forward, since the opposition of the PP, Vox and Ciudadanos was joined by the rejection of the ERC, which considers it insufficient.

It was last June when the government coalition reactivated its processing, once the PSOE and United We Can had approached positions with other minority formations. Thus, the Democratic Memory Law passed the presentation phase after introducing several amendments agreed with Bildu, PNV, the PDeCAT, Más País and the Canarian Coalition.

The new law mandates the Government to create, within a maximum period of one year from its entry into force, a technical commission to carry out a study on the cases of violation of human rights of people "for their struggle for the consolidation of democracy, fundamental rights and democratic values, between the entry into force of the Constitution and December 31, 1983”, informs Ep. This study must include "possible ways of recognizing and repairing this group", in line with the concessions demanded by Bildu and accepted by the socialists.

In addition, the PSOE and United We Can also agreed with the nationalist coalition the creation of an independent state commission of an academic nature to "contribute to clarifying the violations of human rights during the civil war and the dictatorship." Its function will be to collect testimonies, information and documents and approve a report of conclusions and recommendations for the reparation of the victims in an "objective and impartial" manner.

In another of the previous agreements, an amendment was introduced to declare the illegality and illegitimacy of the courts, juries and any other criminal and administrative bodies created after the 1936 coup d'état, for persecution for political or conscientious reasons. The bill already included the nullity of its resolutions and the illegitimacy of these courts that will finally be recognized as illegal.

With More Country, and the PDeCAT, the PSOE and United We Can close another agreement that declares the Franco regime "illegal" and expressly recognizes that "the struggles of anti-Franco social movements and different political actors" gave birth to democracy.

With the PDeCAT, it was agreed to articulate mechanisms and resources to evaluate the cultural and linguistic «repression and persecution» of the Franco regime, declaring «victims the Basque, Catalan and Galician communities, languages ​​and cultures3.

And with the PNV, another pact was sealed to set a one-year deadline for the restitution of documents or effects to natural or legal persons of a private nature that are in the General Archive of the Civil War. Parties, unions or military units that claim ensigns, emblems or flags that are in the power of public entities may also benefit.

All these agreements have allowed the Government to add sufficient support to carry out the law this Monday in the Constitutional Commission. To the 17 votes that PSOE and United We Can add up in commission, this Monday those of the PNV and Bildu have been added, which has already given them an absolute majority in the commission chaired by the socialist Patxi López.

Finally, the Republican Left has opted for abstention, because although its deputy spokesperson, Carolina Telechea, admits that there has been progress in the agreed amendments, they believe that issues such as setting a scale of economic reparations, preventing the prescription of the crimes of Francoism and repealing totally or partially the Amnesty Law of 1977, which in his opinion seals the "impunity" of the Franco regime. “The crimes of fascism are still unable to be judged,” she pointed out.

Neither did Junts want to give his support to the text, he has remained in abstention, considering that "nothing changes" to investigate crimes of Francoism and does not declare Catalonia as a "victim nation" of the dictatorship.

The PP, Vox, Ciudadanos and the deputy Carlos García Adanero, from Navarra Suma, who has represented the heterogeneous Mixed Group, have remained against.

Once approved by the Constitutional Commission, the opinion of the commission will be raised to the 'full broom' that is expected to be held after the Debate on the State of the Nation with the idea that it will reach the Senate this same month of July and the entire parliamentary processing in the fall.

1 The Civil Guard of Alicante is reinforced with the... 2 What is investigated in the secret separate piece... 3 They sneak into Port Aventura and climb to the top... 4 Hosbec admits that "the objective of matching... 5 The Diputación de Alicante promotes the fourth edition... 6 AVE admits that the works of the Mediterranean Corridor... 7 Carlos Mazón: «There is not a single health data... 8 Viveros 2022 concerts in Valencia: program of performances... 9 A couple of businessmen arrested in Alicante for exploiting... 10 A "historic bullfighting fair" in Palencia... 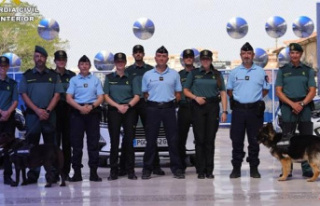 The Civil Guard of Alicante is reinforced with the...