The PSOE has started a microcredit campaign to finance its campaign for the regional elections of 19-J in Andalusia. 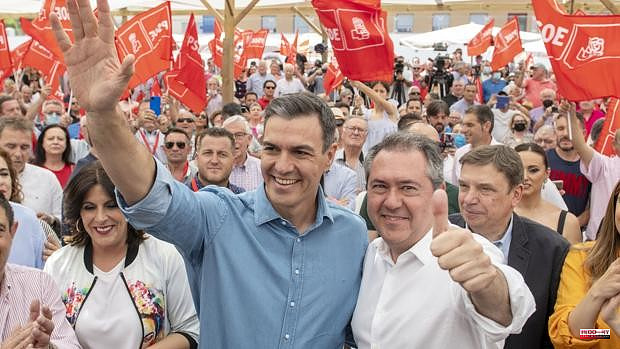 The PSOE has started a microcredit campaign to finance its campaign for the regional elections of 19-J in Andalusia. Under the slogan 'Help us build the Andalusia you want', they request the support of the citizens so that they lend them money and thus be able to defray all the electoral expenses.

Thus, whoever wishes can give money so that Juan Espadas, a socialist candidate, is the new president of the Andalusian Government, as they say in their message, in which they also request the support of citizens to "stop the right wing" and defend our freedoms. In addition, they explain on the website created for this purpose that, with these loans, the Andalusian PSOE is helped to have "more fighting strength" and the future of the autonomous community is one of "progress and social justice."

The loans will be repaid after the elections with an annual interest rate of 2.5%. The minimum amount allowed by the web application they have developed is 200 euros and the maximum is 10,000.

The PSOE has also used social networks to promote its financing campaign. However, it has received a barrage of negative comments. On Twitter, for example, many users have recalled the corruption cases of the Andalusian PSOE and the enormous amount that the ERE used irregularly.

Thus, his message on this social network, which was published around 4:00 p.m. this Wednesday, has more than a thousand comments, almost all of them negative, and barely exceeds a hundred likes.

This form of financing is not new in our country. United We Can usually resort to microcredits to pay for their campaigns, justifying it in their case by guaranteeing their independence from banks and large corporations.

Although the Socialists do not appeal to this approach, it is not the first time that they resort to this form of financing. For example, in the two general election campaigns of 2020 they also requested money from citizens to pay for them.

1 The great fundraisers of the G7 at the bedside of... 2 Abraham Toro has a blast in Toronto 3 The Hurricanes strike at the right times 4 An enhanced Gagné-Bergeron Pro-Am 5 Kooza: 15 years of excitement 6 World Boxing Championship: Tammara Thibeault in the... 7 Mountain bike: Léandre Bouchard ready to take back... 8 CF Montreal down from the top 9 The sound humor of Dominic Paquet 10 Sentence postponed for lack of clerk 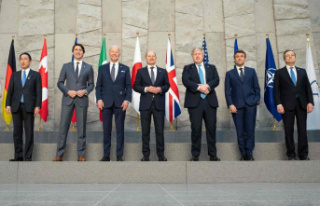 The great fundraisers of the G7 at the bedside of...