He says that 'Kitchen' extends "like an oil stain" to the PP through his former secretary general. 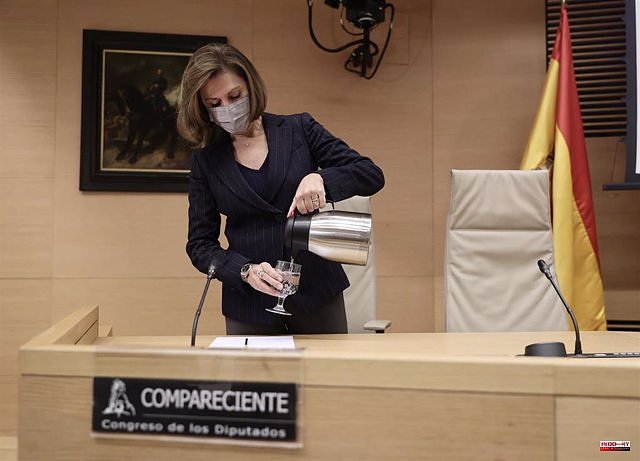 The PSOE has asked the National High Court to reopen the investigation into 'Operation Kitchen', considering that the last known conversations between the former general secretary of the PP María Dolores de Cospedal and the now retired commissioner José Manuel Villarejo represent a new fact about the one that must be deepened to exhaust the investigations on the alleged espionage to the former 'popular' treasurer Luis Bárcenas.

In a letter this Friday, to which Europa Press has had access, the popular accusation exercised by the PSOE urges the Central Court of Instruction Number 6 to resume the investigations, which ended on July 29, arguing that "it is no longer advisable but absolutely necessary (...) reopen the investigation and investigate the new data made public and unknown to date".

The PSOE refers to the audios published this last week by 'El País', in which Cospedal asked Villarejo, in a conversation in January 2013, to "stop" the matter of Bárcenas' "little book", expressing his concern about that the papers of the former treasurer were in the hands of journalists.

For the PSOE, the published recordings "reveal Cospedal's participation in the so-called 'Operation Kitchen'", for which it understands that, "if the indications were not sufficient", now "the possibility is opened (...) to investigate the audios, verify their veracity and, depending on what is discovered, prosecute or clear Mrs. Cospedal's name, since the audios do not exactly leave her in a good situation before the law or before public opinion".

In this sense, she emphasizes that the aforementioned talks would show that Cospedal "was aware and followed up and also gave orders on the main objectives to disrupt the action of the Justice against the 'Gürtel' plot, and more specifically in what she affected the Popular Party and its leaders in general".

Moreover, in his opinion, "the published conversations clearly show that Villarejo, following orders from Cospedal, among others, developed intense activity during the month of January 2013 in relation to 'Gürtel', in at least two directions".

On the one hand, reports the PSOE, "within the Ministry of the Interior itself, trying to get information on how the judicial police investigation is progressing and trying to pressure to modify the UDEF reports."

And, on the other, it continues, "with the media and their trusted journalists", to "try to obtain information about the documents they have" and "prevent them from publishing the names of Popular Party leaders who received bonuses."

BEYOND THE MINISTRY OF THE INTERIOR

The socialist accusation estimates that what is reflected in said conversations "openly contradicts" the arguments used by the Criminal Chamber not only to ratify the end of the 'Kitchen' investigation, but also the filing of the case for Cospedal, who was charged just two months.

The PSOE extracts from these audios that Cospedal was at least "aware of the illegal practices carried out by Commissioner Villarejo" to pressure the main inspector of the 'Gürtel', Manuel Morocho. And she, being a State attorney - she reasons - she, she "could not ignore the obligation to report such serious crimes that affect the credibility and professionalism of the State Security Forces and Corps."

However, he insists that it is not possible to limit 'Operation Kitchen' to the Ministry of the Interior, as the judicial investigation has established, since "Cospedal did not hold any position in that ministry at the time of the events."

Thus, it also stresses that 'Kitchen', "like an oil stain, extends to the Popular Party in the person of its general secretary, unless further investigation reveals that Cospedal's interest was purely personal, since it was at least among bonus recipients.

The socialist accusation also argues that the content of the published conversations and Villarejo's notes in his personal agendas coincide, which he believes would "give credibility to the reproduced audios", giving "more than enough basis" to resume the judicial inquiries. about this separate piece number 7 of 'Tándem'.

The PSOE stresses that, apart from the issues related to 'Kitchen', it also observes a relationship between Villarejo's notes and the recorded conversations on the "Catalan issue" and former Madrid president Esperanza Aguirre. "Everything checks out. I mean, it has overtones of reality," he says.

In this regard, it argues that, "given that the notebooks seem more like notes on conversations held than appointments, it is necessary to have the recordings to be able to verify if they cover the gaps not noted or only partially noted in the notebooks" of the curator.

Likewise, the PSOE has wanted to show that it has reached this conclusion, despite the fact that access to Villarejo's agendas, which have only been physically consulted at the National Court, "has been partial and complicated (not to say medieval, such as amanuensis), and although it is not possible in many cases nor to point out the specific point of the same where the reproduced conversations are reflected".

Despite these latest revelations, the National Court does not currently see sufficient support to resume the investigation into the alleged espionage of Bárcenas, according to the legal sources consulted by Europa Press.

THE CLOSURE OF 'KITCHEN'

It was on April 20 when the Criminal Chamber supported Judge Manuel García Castellón's decision to terminate the 'Kitchen' investigation by rejecting all requests, including those from the PSOE and the Anti-Corruption Prosecutor's Office, for the instructor to deepen in the investigations with the aim of determining whether the order to spy on the former treasurer came from the then Minister of the Interior Jorge Fernández Díaz or came from higher up.

The magistrates thus confirmed the order in which the head of the Central Court of Instruction Number 6 concluded that the alleged espionage on Bárcenas and his entourage, which would have been launched between 2013 and 2015 by the Ministry of the Interior to steal the sensitive information that could have on the PP and its leaders, it existed and was successful.

He prosecuted a total of eleven people for this, placing Fernández Díaz as the head of 'Kitchen'. The Chamber endorsed the evidence on which his accusation was based, recalling that they are fundamentally the statements of his former Secretary of State, Francisco Martínez, and the messages that were exchanged.

The magistrates understood that the explanation that Fernández Díaz gave about his conduct, as well as the assessment of the expert report that he provided to distort said messages, should be studied at trial. At the moment, "the criminal appearance of the alleged acts prevents agreeing on the interested dismissal," they settled.

1 Mbappé will decide his future between two "almost... 2 La Ronde: the 2022 season starts this Saturday 3 Spain: back from exile, ex-king Juan Carlos acclaimed... 4 The Eurogroup will debate this Monday the economic... 5 Mbappé must decide between two "equal"... 6 Cerezo: "Eavesdropping on Rubiales is completely... 7 They reveal the identity of the marriage that has... 8 DIRECT. Giro 2022: the hat-trick for Démare, Bardet... 9 [IN VIDEOS] He finds 3 kittens in a garbage truck 10 Macron-Le Pen debate, humanitarian corridor in Mariupol,... 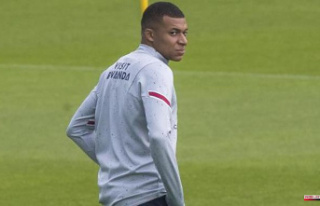 Mbappé will decide his future between two "almost...