The PSOE asks Congress to close all brothels

The PSOE wants the abolition of prostitution in Spain and wants it now. 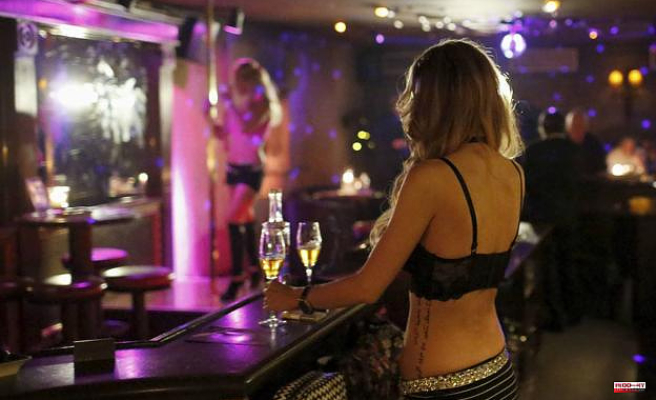 The PSOE wants the abolition of prostitution in Spain and wants it now. Only 24 hours after the socialists punctured their attempt to achieve it through a shortcut, through an amendment to the 'only yes is yes' law, they have taken the main road and this morning they are going to register in Congress a proposal of law that demands the prohibition and persecution of an industry, in many cases coercive and clandestine, that lives from the sexual exploitation of women.

If the law is approved by Parliament in this legislature, which is very possible given the favorable position of the two main Spanish parties for reform, it will mean the immediate closure of all Spanish brothels and the imprisonment of anyone who enriches themselves with the exercise of prostitution by another person, whether the beneficiary is a simple pimp -what is traditionally known as a pimp- or is also the owner of the brothel, American bar, flat or premises of any type in which the exploitation takes place sexual. It will not matter for this to happen whether that brothel works with or without the voluntary participation of those who prostitute themselves. In short, promoting or helping prostitution will be illegal and a crime in all cases.

The PSOE has known since this Wednesday that, in principle, the PP agrees with its abolitionist law proposal, since its content is practically identical to that of the failed amendments to the 'only yes is yes' law that the popular were willing to support before they were withdrawn 'in extremis' by the socialists to save the new norm against sexual violence.

The sum of the votes of these parties, more than 200 of the 350 deputies of Congress and an assured majority in both chambers, would minimize the importance of the position taken by the rest of the parties, with ERC, Ciudadanos, JxCat, the CUP opposed to the prohibition of the pimp industry and supporters of voluntary prostitution being regulated as just another profession, with United We Can with internal differences between abolitionists and supporters of regulated legality, and with the PNV and EH Bildu who have not yet revealed their letters on the underlying discussion.

The reform of the Penal Code that promotes the proposal of the PSOE says that anyone who, for profit, promotes, favors or facilitates the prostitution of another person, even with their consent, will be considered the perpetrator of a crime of pimping. This infraction will be paid with between 1 and 3 years in prison and a fine of 12 to 24 months. The definition is designed in such a way that it exonerates from the commission of a crime behaviors of mere reception in the family of money from the exercise of prostitution (that a prostitute brings money home).

As an independent crime, but connected to the previous one, the so-called locative third party is recovered, the role of the prostitution employer, which has been decriminalized for almost 30 years, since the reform of the Penal Code of 1995. a property, premises or establishment, open or not to the public, to promote, favor or facilitate the prostitution of another person, even with their consent, will be punished with a sentence of 2 to 4 years in prison, a fine of 18 to 24 months and the possible closure of the premises or property, as well as the dissolution of the company or company that runs the illicit business and the seizure of its assets.

The locative third party thus acts as an aggravated type of pimping and in both cases it is committed only by verifying the profit motive and favoring. Neither violence nor intimidation is necessary, as has been the case up to now. In fact, the Penal Code will maintain the current crime of pimping as the aggravated type. It will punish with sentences of 3 to 6 years in prison and a fine of 18 to 24 months to anyone who, using violence, intimidation, deception, or abusing a situation of superiority or need or vulnerability of the victim, determines a person older than age to exercise or remain in prostitution. All kinds of pimping, especially those linked to locative third party, may be punished with very high additional economic sanctions, which in the case of crimes with sentences of more than five years can range from three to five times the benefit obtained by the pimp or the owner of the brothel.

The repressive legislation that this law entails would be complemented with concrete actions for the recovery of the victims of sexual exploitation, the prostitutes, women in nine out of ten cases, and in the vast majority of cases foreigners, very often without identity papers. legal stay in Spain and victims of human trafficking networks.

This comprehensive policy of psychological, medical, legal, economic or social aid for their recovery and social integration would be very similar to the assistance network with which the State, autonomies and city councils try to rescue victims of gender violence from that other scourge This social recovery network would be developed through the Trafficking Law, the draft of which is currently being prepared by the Ministries of Equality and Justice.

1 Juan Carlos I plans to land this Thursday afternoon... 2 War in Ukraine: 1,730 Ukrainian fighters from Azovstal... 3 Shortage of baby milk in the United States: Joe Biden... 4 The PSOE recalls that Podemos "fractured"... 5 EDF raises to 18,500 million the negative impact on... 6 Díaz advances "very positive" unemployment... 7 The big industry asks France to pay the gas adjustment,... 8 The Government will approve next Tuesday the new aid... 9 Calviño clings to the recovery of employment to guarantee... 10 The stowage of the Port of Bilbao caresses the agreement... 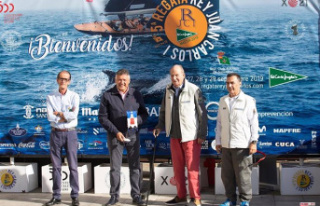 Juan Carlos I plans to land this Thursday afternoon...