The PSdeG has summoned the press for a meeting with the PPdeG to tackle the crisis of the municipal government of Ourense, knowing that the popular ones would not attend the meeting. 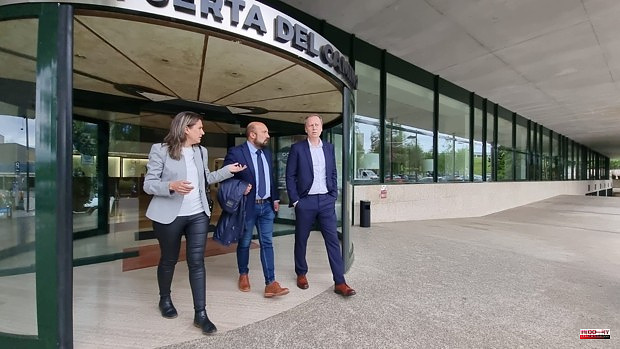 The PSdeG has summoned the press for a meeting with the PPdeG to tackle the crisis of the municipal government of Ourense, knowing that the popular ones would not attend the meeting. The intention of the socialists was to look for the photo of the 'empty chair' to show that the popular do not sit down to negotiate the expulsion of Gonzalo Pérez Jácome from the Mayor's Office. "The PP makes it abundantly clear that there is no will to speak or dialogue," the PSdeG organization secretary, José Manuel Lage, told the media after a failed meeting that they knew would not take place.

"What else has to happen for the PP to decide to stop giving its support to Jácome?", asked the secretary of the socialist organization, referring to the latest incident involving the controversial mayor: a push to a trade unionist who was protesting with a megaphone in front of the City Council, during a demonstration called during a transport strike.

"The PP is not at all interested in talking about anything other than keeping the mayor," he added in statements to journalists at the Puerta del Camino hotel, in Santiago de Compostela, where they had called the popular to the meeting - it is a few meters from the PPdeG headquarters.

The PSdeG won the 2019 municipal elections in the city of Orense, with 9 councillors, and the PP was second, with 7 councillors. However, the popular chose to hand over the Mayor's Office to Democracia Ourensana, Jácome's party - which had also obtained 7 councilors, but fewer votes than the PP -, in exchange for the latter's support for the popular to maintain the government of the Diputación from Ourense. The Socialists do not forgive him and use the outbursts of the controversial mayor to attack the PP. The PPdeG then agreed to grant the Mayor's Office to Jácome, despite the fact that his attacks on the popular were continuous, in an exercise of pragmatism, to stop the efforts of the Socialists to remove Manuel Baltar from the Diputación at all costs.

The 'letter' from Orense, in fact, was the first that the general secretary of the PSdeG, Valentín González Formoso, drew against the president of the Xunta, Alfonso Rueda, even before the latter assumed the presidency of the popular Galicians —it will be this Weekend-. Formoso had urged Rueda to sit "without preconditions" in the intended meeting, in which a "negotiating commission" made up of three socialist positions would sit. And before the announced sit-in by Rueda, the PSdeG once again used Orense as ammunition against the new Galician president. "Rueda is responsible for the fact that the PP continues to maintain a man who embarrasses the public in the Mayor's Office of Orense," insisted Lage Tuñas.

The popular ones, as they had already announced, did not attend the appointment. In fact, already on Tuesday, the PPdeG counterattacked with another letter: a “global agreement”, beyond Orense, so that the most voted list governs in the municipalities. The proposal is not new, since the PPdeG had already made it to the former leader of the PSdeG, Gonzalo Caballero, immediately after the 2019 municipal elections. As the PSdeG rejected that proposal, justified the PP, the popular ones respected local autonomy so that in each council the party did what it considered opportune. Including, of course, the city of Orense.

1 Aragonès meets with Puigdemont but is not received... 2 The Feminist University of Ponferrada turns to "clean... 3 "In Castilla-La Mancha abortions are not performed... 4 A caregiver is sentenced to prison for abandoning... 5 Salamanca delves into the latest advances in cancer... 6 Hunger claims a life in the Horn of Africa every 48... 7 Reopening of the United States Embassy in Kyiv, closed... 8 Historical record in greenhouse gases and in the increase... 9 How can you stay motivated and achieve your goals? 10 Driver's license for foreigners: six suspects... 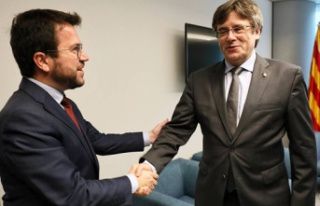 Aragonès meets with Puigdemont but is not received...