The wings of Pegasus do not seem to beat with enough force in Catalonia to substantially alter the electoral map. 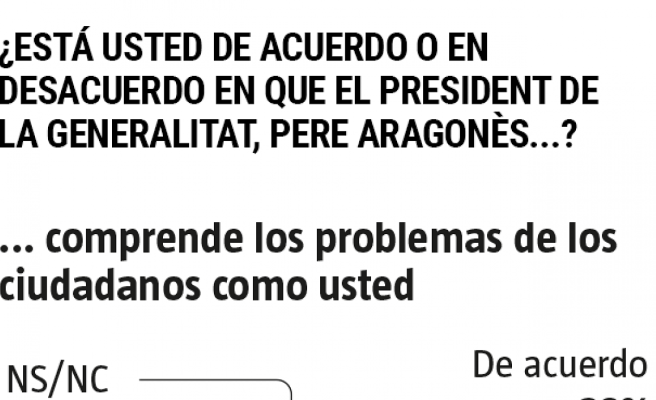 The wings of Pegasus do not seem to beat with enough force in Catalonia to substantially alter the electoral map. Quite the contrary, in the midst of the Catalangate and the subsequent revelations about the espionage of members of the central government, the passage of the winged horse does not influence the vote expectations of the PSC, which would win the elections again, with three more seats, while the current pro-independence majority would be on the verge of losing its absolute majority. This is one of the main conclusions of an Ipsos poll for La Vanguardia, carried out between May 9 and 12.

The survey places the PSC in the lead, with 36 seats, followed by Esquerra, which would maintain 33 in 2021, although with half a point less. Already further back, Junts would give up more than four points and seven seats. Only the advancement of the CUP – by one point and one seat, up to a total of 10 – would save the current absolute pro-independence majority, which would go from 74 deputies, a year ago, to only 68 now, a historical minimum like that of the elections of 1999, when Pasqual Maragall prevailed in votes.

The rest of the electoral map would confirm the general rise of the PP, which would double its harvest of seats (from three to seven), although it would still be behind Vox. The ultras would improve their 2021 result by more than a point and a half and would add a deputy to their count, up to 12. The great victim of the advances of the PP and Vox would be Citizens who, however, refuse to die in their founding territory and could survive with three seats.

For their part, the commons would improve their estimated vote by almost one point and would add one more deputy, going from eight to nine. And the PDECat/Centrem, which on 14-F was 670 votes short of obtaining a seat in Lleida, would not have any chance of achieving representation today. The resulting chamber would even allow an absolute majority of the first two forces, since the PSC and ERC would gather a total of 69 deputies.

The basis for these estimates is explained by the vote fidelity of the Socialists –who would also win one of every ten ECP and Cs voters–, in contrast to the lower fidelity and greater losses of Esquerra and Junts. Of course, the greatest vote loyalty is reaped by the CUP (85%) and Vox (78%). The anti-system would take over some ERC voters, but the Republicans would compensate with one in ten Junts voters. The main caution that plans on these estimates would be the low expected participation, of 51%, similar to that of the 2021 appointment.

These electoral projections would fit with the assessments of the Government's management, which only approves one in three Catalans, compared to more than 40% who suspend it. In fact, only half of the voters of Esquerra or Junts consider the performance of the Catalan government, formed by the two main secessionist forces, to be good or very good. From the opposition, 53% of the socialist voters suspend the management of the Government, a percentage that is close to 70% among the followers of the PP. The problem of the Catalan Executive is that almost a third of the pro-independence electorate also judges its management to be bad or very bad.

Pere Aragonès's own evaluation also helps to understand Esquerra's stagnation, although the president comes off better than his government. Even so, less than 40% believe that Aragonès "understands the problems of citizens" or is "a good president for Catalonia". And the rate drops even more (to 27%) when he asks himself if he “is capable of uniting the Catalans”.

By vote recall, only among ERC voters are the majority those who think that Aragonès "is a good president for Catalonia". Among Junts voters, the percentage falls to 44% (and 23% among CUP voters). And in relation to his ability to unite the Catalans, the current president only registers a majority among the ERC voters (52%), while only around 30% of the Junts or the Junts voters share this diagnosis. CUP. Among the socialist electorate, the percentage falls to 17%. Likewise, less than 30% of Catalans believe that "things in Catalonia are going in the right direction", a figure that is not much higher among the secessionist electorate.

Finally, the evaluation of the Catalan leaders provides some clues about the advance of the PSC, the maintenance of Esquerra and the retreat of Junts. Oriol Junqueras is the best valued leader in Catalonia (41% approve of him), followed by Salvador Illa and Pere Aragonès (38%), although the PSC candidate garners less suspense than the ERC leaders. At the same time, the leaders of Junts, Carles Puigdemont and Laura Borràs, only receive, respectively, 26% and 21% approval. And while 51% suspend Borràs, Puigdemont's disapproval reaches 73%. To this day, only a majority of his voters approve of the latter.

1 60% are committed to maintaining dialogue with the... 2 red phone 3 The open veins of United We Can 4 The CNI investigated the formation of a government... 5 Ukraine wins the Eurovision Song Contest 2022 6 Criminals break into the house of the Chilean Defense... 7 North Korea registers 300,000 COVID-19 positives in... 8 More than 70 planes will fly over London for Queen... 9 Zelensky assures that support for Ukraine serves to... 10 Peru sues Repsol for 4,300 million for the oil spill 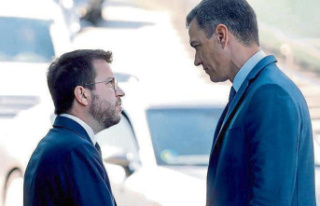 60% are committed to maintaining dialogue with the...