The province of Alicante receives 100,000 fans in the promotion of promotion to First RFEF

Historic weekend for CF La Nucía and CD Eldense who have certified their promotion to the RFEF First Division after a great season. 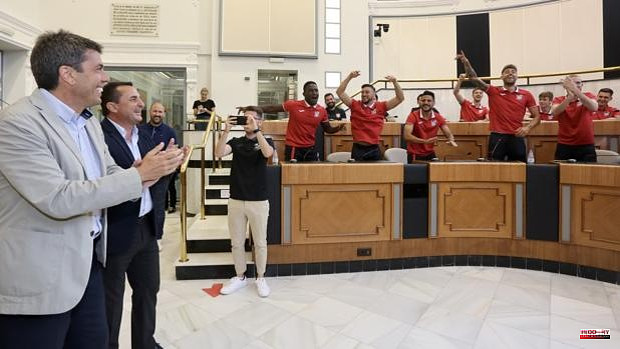 Historic weekend for CF La Nucía and CD Eldense who have certified their promotion to the RFEF First Division after a great season. Both teams were able to celebrate this epic victory on Saturday in their respective stadiums and together with their fans, with the support of the Alicante Provincial Council, which has made it possible for the play-offs to be played in the province this year.

The president of the institution, Carlos Mazón, has received the members of these two groups, whom he has congratulated for this "important feat that you have achieved thanks to your sacrifice, your quality of play and your courage".

Likewise, the president has highlighted the effort of the Provincial Council to bring all the parties corresponding to the promotion to the province.

“We have worked hard to achieve this event because we knew what our teams were capable of and we wanted them to feel as supported as possible. In addition, we wanted our fans to be able to enjoy it at home and, why not, take the opportunity to promote our province through tourism », he stated.

And it is that the promotion phase has brought together nearly 100,000 fans in the province from different cities in Spain such as Madrid, Barcelona, ​​Cantabria, Vigo, Murcia or Teruel. The Rico Pérez, in Alicante, the Camilo Cano Olympic and the Camilo Cano Sports City, in La Nucía, El Collao, in Alcoi, the New Pepico Amat, in Elda, and the Guillermo Amor, in Benidorm, have been the venues for the close to twenty matches that have been played (fifteen for promotion to the First RFEF and two of the Tournament for the Permanence of the Second RFEF).

The only team in the province that was on the brink of celebrating a success was Hércules, who fell in the first tie against Unión Adarve (1-1).

1 Arrested a trucker who was seven times the allowed... 2 Why the war in Ukraine may spell the end of helicopters 3 On Friday, June 17, Mimizan will show flamenco and... 4 A man is arrested for assaulting his ex-wife and her... 5 Saint-Emilion: Sharing and exchanges in the feminine... 6 Senegal: First police custody following the death... 7 Metropolis de Lyon. Adisseo, the animal feed giant,... 8 Germany: May's Inflation Hits a New High at 7.9%... 9 Gambling and gambling: There are 1.3 million gamblers... 10 A woman kills with a pistol a man who opened fire... 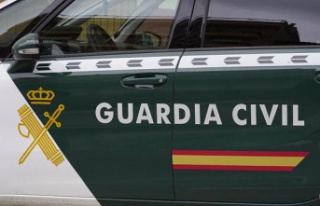 Arrested a trucker who was seven times the allowed...